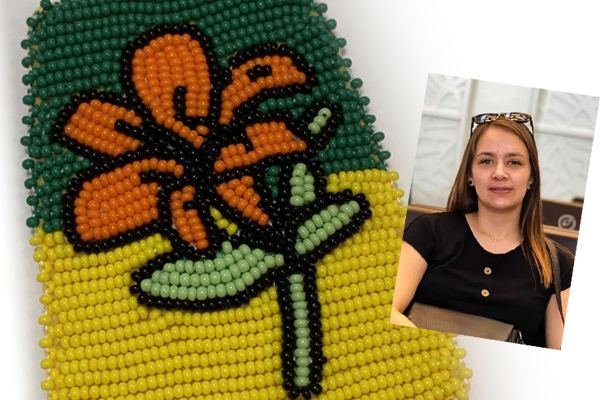 
Amanda Laliberte of Île-à-la-Crosse, created beaded representations of Saskatchewan and Yukon that have been chosen by a Facebook audience to go onto a beaded map of Canada.

The finished design and one of the United States are being printed on tee shirts that are available for sale.

The project, organized by Dakota and Tlingit artist Ceejay Johnson, who runs the Koonteen Creations page, began in March.

“I saw that she was starting the bead your state and when she added bead your province, I started beading Saskatchewan. I don’t think it was a contest in the beginning, it was just because she had so many submissions, she had to turn it into a contest,” Laliberte said.

She had started beading in November, but with the pandemic, it turned into a regular hobby. She also purchased larger beads for her daughter, who sometimes beads with her, as they all had more free time, even when she was working at home and home schooling her children.

“The deadline kept getting extended, I only had a week to do mine. I kind of got started late but then I finished it in two days,” she said.

Many pieces had been submitted for the competition by the August 5 deadline. Voting on each province was done by the public sharing the photos through the Facebook page.

“Two of my pieces made it on the final map. I want to say how grateful I am for my family and my community support. If it weren’t for their votes and their sharing, my pieces wouldn’t have won.”

When people look at the beaded Saskatchewan, Laliberte wants them to see the beautiful tiger lily.

She said she beaded the tiger lily because it is the provincial flower and is beautiful. She used a green and yellow background with the green representing northern forests and the yellow to represent the southern prairies.

“My other piece that made it on the map is the Yukon, for that I beaded their official flower, the fireweed,” she said. 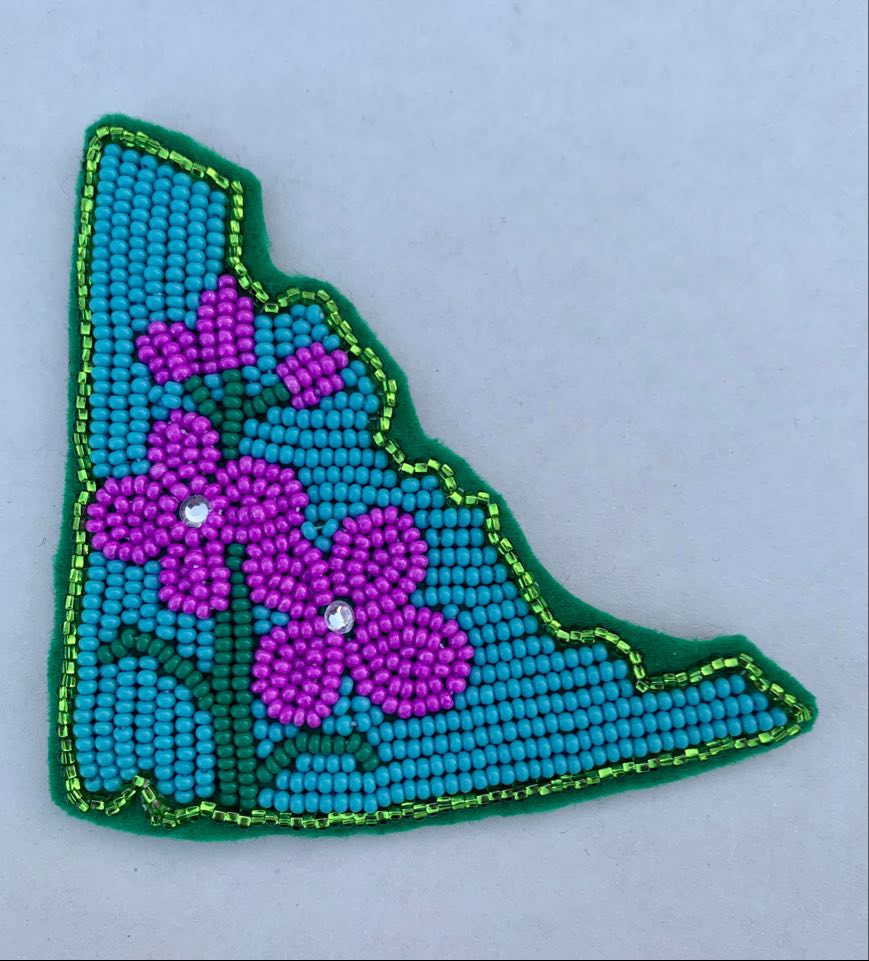 “The project was a great way to get Indigenous artists to show off their creativity, it was fun to be a part of and a great way for me to connect with my culture.”