Somewhere along the line our mothers tell us something we don’t forget and the case is no different for Dylan Bauman.

When the 16 year old finishes a race, he waits for every last runner to be finished and shakes their hand.

“I did it one time like a few years back and [my mom] was really proud of me for doing that…and I’ve kept doing it ever since,” he said.

“At the end of hockey games, everyone shakes hands. I think you should do it in track and field, too,” said Bauman. “Everyone ran their hearts out around the track, and everyone should be congratulated for doing that and giving it their best try.” 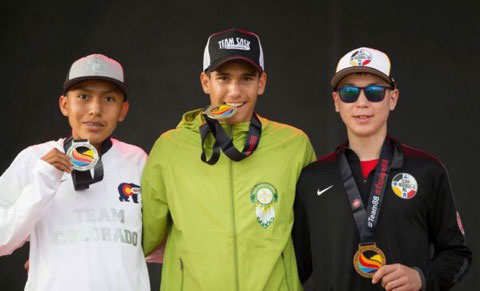 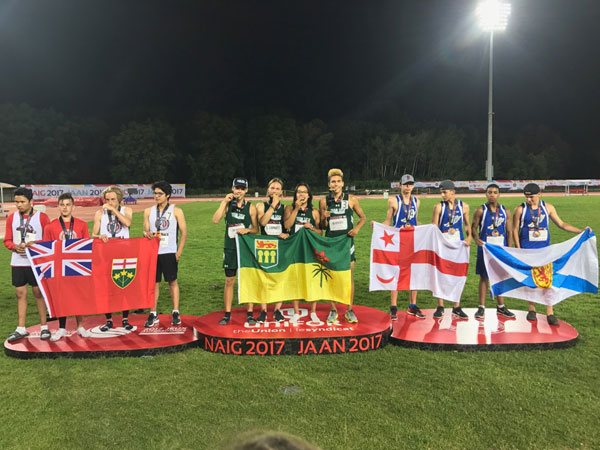 Bauman said he was most proud of the 3-kilometre run because his time was a personal best. Even though he’s not a sprinter, competing in the faster races helped him work on his speed.

“It’s good for that kick in the longer races,” he said.

This is first time competing at NAIG. He said the Games have been life-changing and that he’s made new friends on the track, after shaking hands. He’s added fellow competitors on social media, like Instagram, and will stay connected that way.

“Maybe three years later I’ll meet him again at the next NAIG and we’ll still be friends then,” he said. “Sure (track and field), it’s like an individual sport, but really it just like brings so many people together at the track.”

Bauman’s parents went to the Games to support him. He said they’re always there cheering him on and giving him what he needs, whether it's water or reminders to get sleep.

“You want your kids to excel in what they love to do and he definitely loves running. So we’re just happy to see him doing what he loves to do,” she said.

Bauman said NAIG is important because it promotes health for Indigenous youth.

“These track athletes tried out for these games last fall so they’ve had almost a full year to really be focused in training and so I think it just promotes wellness and participation and something to look forward to,” she said.

Dylan Bauman said his motivation for running is the support he receives from his friends and teammates, but most of all from his family.

“I just like to give back to them for like taking care of me all the time. They’re the ones that always put food on the table…and drive me to track practice, pay my track fees…sign me up for all the track meets. I run for them, you know?” he said.