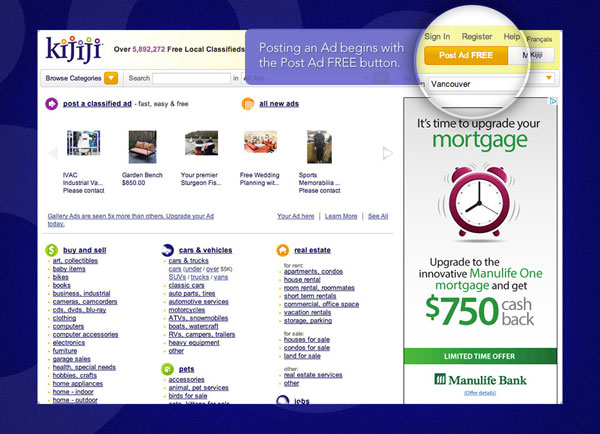 A couple weekends ago, I was shopping in a chi chi furniture store (chi chi to me, to many of you it might be considered, at best, the Scott Baio of furniture stores). None of the staff was waiting on me and my son, which is fine, I generally dislike and avoid extraneous human contact. I also have this tendency to alter my voice when salespeople approach me and ask how I’m doing. Instead of using a normal voice, I inadvertently respond in a high pitched twang, “Fine?”

I enjoyed looking at the furniture while prying my toddler off some costlier items. The store had an inventory designed to appear old and abandoned but the price tags were new – and costly. Normally I’d skedaddle pretty quick after seeing the prices but as I had spent the last year eating dinner standing next to my son’s high chair, I felt like I deserve something nice.

After a few minutes of meandering, I spotted the item I wanted. It was a dining room table made of reclaimed Irish wood. It looked so authentic, you could practically smell the spilled kilkenny and hear the echoes of drunken arguments. It was perfect.

I flagged down a salesperson and pulled out my credit card and waited with barely contained glee as they processed my purchase.  And, I'm not a person prone to gleefulness, at most I generally feel...mild happiness, usually only in ice cream cake-related scenarios. But I was excited about the table, this would be my little family's table, where we would discuss our days, share our experiences and talk shit about our enemies; this table would be the foundation of our family bonds (and according to sociology, this dining table would keep my kid out of jail.)

The table was also exactly what I wanted. In life, you often have to compromise and I’ve compromised a lot already. For instance at this age, I wanted to be a successful writer, living in New York City and hanging out with Stephen King and going to listen to his band and assuring him that a writer with a band was not self-indulgent at all.

When the clerk handed me the machine to enter my credit card pin, I turned to smile at my toddler as he was clambering on top of a coffee table made of reclaimed cat-litter-boxes.

There was another reason that I was excited to make this purchase. This table would prove to these chic sales ladies, with hair that had been styled and who were wearing shoes with heels, that despite my messy hair, two days old foundation, wrinkled shirt and jean shorts, that I was a person of substance, a person who could afford things. That’s right, I was going to have my “Pretty Woman” moment.

Then I heard a sharp intake of breath from the clerk - "your card...ahem...is declined." I assured her that was a mistake. It was impossible even. I only used the card to pay for trips to Mexico and that hadn't been possible since I'd had a kid (I distrust other countries diapers.) She tried again and again. Still declined. "You should call your bank." The clerk and her manager advised. Much to my chagrin, they also asked me to produce ID.

Then I remembered. About two months ago, I lost my credit card. I did the responsible thing and cancelled it. My bank dutifully sent me a new one. Then the bank followed up with another letter containing the new pin number. (Because as we know identity thieves are never patient enough to wait for the second letter.) Then before I memorized the new pin, my son ate this letter.

I explained this story to the clerks. I could hear a line up building behind me as I spoke and my my face growing red and sweat beginning its journey down my face. I was starting to look like the criminal that I’m sure they thought I was.

"I can afford this," I assured them. "I'll be back," I promised them. But we all knew that was a lie. I held my head high as I football carried my struggling toddler to the car. Then I raced to the nearest Walmart and consoled myself in place where jean shorts are not confined to any specific length or decade.

I did buy a dining room table. It's not reclaimed Irish wood. It's not new. It's a Kijiji win, saving me a lot of money. But still that table haunts me...calls out to me...mocks me..."If only you'd bothered to memorize your credit card pin number, idiot."