The Dashing Chronicles: On losing a warrior 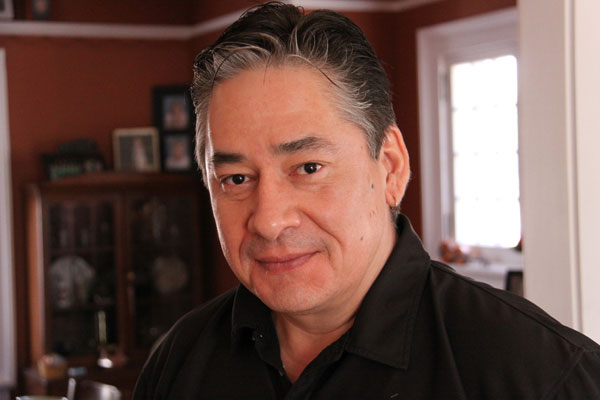 Wise words from Dirk: traditional ideas of what it means to be a good man have been thoroughly demeaned over the years, leaving many men frustrated, confused, angry, and lost.

Today we are going to dial back the usual witty banter, clever wit, and the witty banter.

There was a death in Dirk’s extended family. A young warrior took his life, leaving behind a loving wife, babies, siblings and parents.

As I tried to make sense of his devastating decision, I was selfishly reminded of my own battles to keep my marbles and struggle for the good life.

It’s true. Dirk. A beacon of literary joy for the dozen of his fans. The deacon of insight. The never ending season of sarcasmic wisdom. The very reason his mommy smiles. He too knows the depths of despair, and maybe anxiety…I don’t know, I’m not a professional psychic-guy.

And as I looked across the gym at all the people who came to support the family in their time of grief I wondered, “How many men, how many boys, have done battle with demons in the quiet of their souls?”

They estimate that for every 8 adults in Canada at least one of them experienced depression in their lifetime. If that’s true of mainstream Canucks, and rates for First Nation people are usually 2-3 times higher, then 1 out of every 4 of our First Nation’s brothers and sisters have suffered this affliction.

The math might be off. I’m a columnist, not a mathematician.

But think about it.

After generations of having your traditional ideas for what it means to be a “Good Man” thoroughly demeaned by the righteous authorities of the residential schools, Indian agents and certain sectors of mainstream culture, is it any wonder so many of our men are confused, lost, frustrated and angry?

The situation for mainstream men is not that much brighter. After hundreds and maybe thousands of years, boys were told “a man is the king of the castle”, “a real man is never emotional”, “a man is his job”, “a man doesn’t communicate” and other seemingly noble and “helpful” fantasies.

These ideals are toxic. And toxic not just for the women and children we love, but for our very physical, emotional, mental and spiritual health.

And, yet, for at least 5 generation these were the very ideals we First Nation men were supposed to buy into!

No wonder so many of our brothers are messed up. We’re all wandering around saying, “WTF!”, which, I’m told is short for “where’s the falafel” or some such baffling saying.

“What is my role as a man, as a father, as a husband, lover, brother, son, servant?”

“To get ahead how am I supposed to behave, at home, at work, at play? Do I get to play?”

“When she gets angry, should I talk to her, hold her or throw her a bag of Hershey’s Kisses and hide?”

I’m not saying my departed relation had a crisis of identity of epic proportions that pushed him over the edge. There were other factors that overwhelmed and took over his mind which I have no intention of covering here.

And I haven’t even come close to addressing the utterly tragic situations playing out amongst First Nation youth in some of our communities.

Nor have I touched on how this topic might, could, should figure into the Missing and Murdered Indigenous Women and Girls inquiry.

What I am wondering is if there is a quiet, hidden crisis amongst First Nation men that needs to be brought into the open. We want the best for our loved ones and for ourselves. But the destination, the road map and the means to get there, is almost a mystery…like women.

And a real man does not ask for directions.

That, my friends, is poppycock. Personally, I said, “F it!” and looked for help. The journey hasn’t been easy, and I still have my “off-days.” But now I’m having more fantastic days than good, and am pretty damned sure my loved ones are glad I’m still this side of the ground.

There’s no need to suffer in silence. Get those elusive directions. They’re out there.

That’s something to think about this Father’s Day.

Dirk says, “It can hardly be a coincidence that no language on earth has ever produced the expression, 'As pretty as an airport.” ― from Douglas Adams, The Long Dark Tea-Time of the Soul