Moe Morin is a freelance writer and photographer and the co-founder of Humans of Saskatoon. She photographs and interviews people and run their stories on her highly popular Facebook page. This month she talked to Afghanistan war veteran Hilliard P. Kahpeaysewat about his experiences. Below are his unedited words. 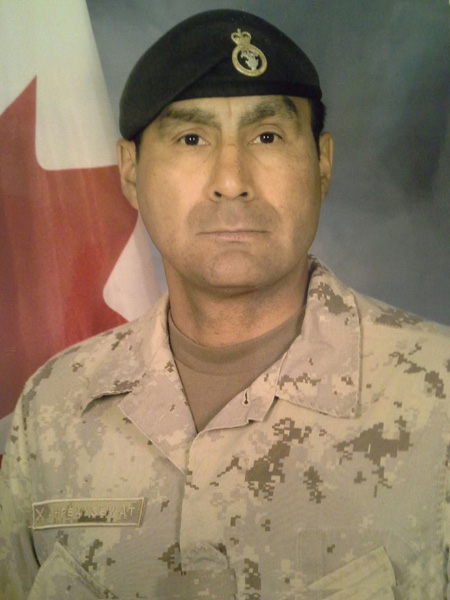 My name is Cpl. Hilliard P. Kahpeaysewat, and I'm the first Afghanistan war veteran from Moosomin First Nation which is near North Battleford, SK., and served in the 1st Battalion, PPCLI . On September 1, 2009 I was shipped to Southern Afghanistan close to the Pakistani border in the Panjwai district but we moved around a lot. I left and came back to Canada on April 15, 2010.

The fifth day I arrived in Afghanistan, an RPG (rocket propelled grenade) was shot at me, and blew up right next to where I was standing. I remember that there were kids close by, and that this was a war zone but something they lived with everyday. It makes an individual really think, and to see that this is something that they live with everyday of their lives. The last person to conquer these people was Alexander the Great.

The Afghanistan people dream about being Canadians, and the Canadian soldiers worked hard to build a trust with them. We walked with young women and girls to school, to ensure they could attend school on a daily basis. The Taliban didn't allow women to attend school, so we walked with them.

Being a soldier has taught me to be more accepting of people, and I didn't experience any type of racism during my tour. Other non-Aboriginal soldiers often smudged with me. For us it was a safety thing. We smudged together so that we could be granted a safe patrol, and we did this to have a sense that the Creator was watching over us.

Any tour of duty is a humbling experience, and it becomes a journey. Each of us has to go through a journey. When I joined the army, I was 35 years of age, and a very bad alcoholic. I had seen a lot of trauma, and experienced a lot of trauma at home too. I basically woke up one day and decided I needed to change my life. Enlisting changed my life. Enlisting saved my life and if you're an alcoholic, the Army will assist you in conquering your addiction.

I also seen poverty while I was in Afghanistan, real poverty. I've seen poverty here but nothing like I seen while in Afghanistan. There is no clean drinking water, no plumbing to speak of and there was lots of malaria. I experienced loneliness there but chose to stay. 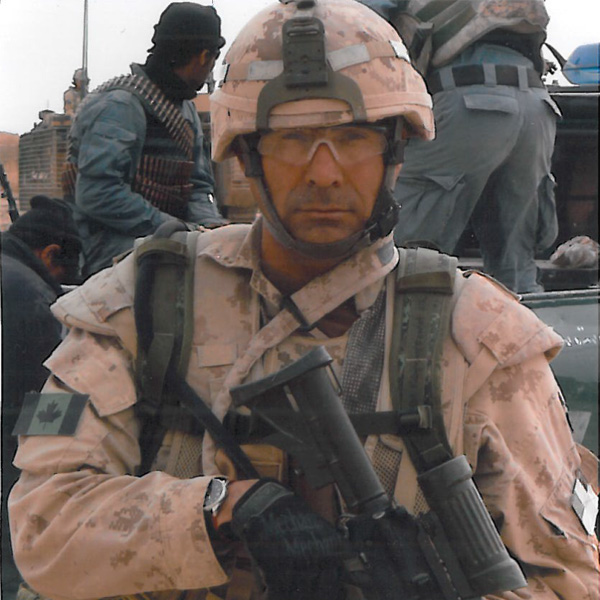 One of the things I did on my return in 2010, I went south to California and trained Americans. I would like everyone to remember, especially the children that we veterans went and fought for our country. Your country. It is my hope that Canada remembers us, and appreciates the sacrifices we have made so that all can be free, and to live the way the Creator intended us all to live.

When I returned home, I didn't believe I was a veteran but the Elder's pulled me aside, and said that my role now; a role model. My journey isn't completed, and I'm also called Eshaw-key-hew; Yellow-Eagle. I went to Afghanistan to free other people but I also went to free myself.