Why I Vote: Danny Knight

As part of our coverage of the 2015 Federal Election, we are asking Indigenous people in this province to tell us "Why I Vote." These are the unedited words from our interviewees. You can find more in our Interviews section. 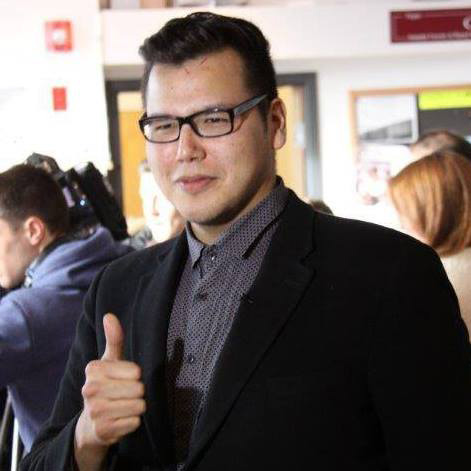 Did you vote in the last federal election?

Will you be voting in this election?

What is the most important issue to you this election?

Why is it important for Indigenous people to vote?

I've heard that if you do vote you are seceding  your "indian-ness", that somehow voting makes you more subservient, or at least empathetic to the Canadian government. That in the act of voting you are being traitorous to your heritage and spitting on the graves of your ancestors; whom died at the hands of the Canadian government. The question  arises "why we would vote in a country that continues to marginalize, degrade and ignore it's indigenous people" and for a long time I sat inline with those beliefs, and took pride in my non-voting, that somehow it proved in my belief that the NDP, Liberal and Conservative Caucuses were not representative of me and who I am (realistically each party has done their fair share damage to the indigenous peoples) . However as i grow older my worldview begins to shift from "Canada Vs its indigenous peoples" to new thoughts like  " how can we change Canada and it's view of Indigenous peoples"  "How can i actually do something to affect the major worldview of Canada and its peoples?" "how do we bridge the gap between status and non-status people",  "how can I honour my past relatives and ancestors who died oppressed in this country?". I can't really go out to the Unistoten camps and stand with them, because i has a son who i have provide for. As for bridging the gap between Status and non status people, well I life my live colour blind, and when anyone is marginalized I stand with them. As for the last question, well that's a tough one, and I have to take to Canada's history to formulate a real opinion on this one "Beginning in 1960, aboriginal Canadians were no longer required to give up their treaty rights and renounce their status under the Indian Act in order to qualify for the vote" when i think about this, I realize that the old anti-voting ideology really only fits in the past. Back before 1960 Voting really did mean you literally secede your indian-ness and that you agree to conform to Canada and it's ways. Really only then you would be turning your back on your ancestors and indigenous history. However anytime after 1960 Voting means something entirely different, It means you are honouring the people who fought for the RIGHT for indigenous people to vote, and that in voting you can do something restorative about all the people who died in residential schools, and who died in care of the province. That now we have a voice now, we are no longer muzzled and we can do something to affect the Canadian Government.

As i look over the policies of each party i can't help but feel contempt, over the past and how they treated the indigenous people of Canada, but when I see candidates in the federal election Like Lisa Abbot,Georgina Jolibois and even Rob Clarke, I can see that change IS happening in Canada and that if I don't vote I dishonour the Sweat, Blood and Tears the indigenous people have poured into this country.