As part of our coverage of the 2015 Federal Election, we asked Indigenous people in this province to tell us "Why I Vote." Below are excerpts from our participants. Click on their names for their full answers. 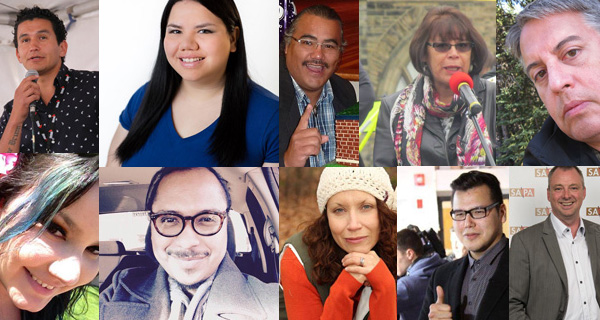 "I just read that it's the 10th anniversary of the Sisters in Spirit vigils. Ten years! During those 10 years, a mostly conservative government dismissed the issue over and over again. We have a chance to elect a government, or MPs, who will fight for our issues because they believe them to be vital to the health of our country. I would rather elect someone whose full time job is fighting for my issues than having to stand in the snow and rain to constantly remind a heartless government that Indigenous people are human beings like them."

" If you don’t vote, politicians won’t pay attention to your issues. Get engaged. Make an effort or quit yer bitchin."

"I have voted in all the elections. I learned the importance of voting from my Dad and Mom, and I have exercised that right for as long as I remember. My Dad who was a big influence on the issue of voting, otherwise, I probably wouldn't have been so keen."

"As caretakers of the land, it is very important to know what is going on with Canada's resources. Who is using them and where they are going."

"They (veterans) fought for the rights we often take for granted. They fought so we can have the right to have a say in our country's future. It's not a perfect place but we don't realize how lucky we are."

"We finally have a voice and a "say" in what is happening. Let's use it! Let's bring change."

"Even if you are a staunch Indigenous nationalist, I would still say why pass up the opportunity to influence the other system. The way I view it I am both. Both an Anishinaabe person and a Canadian and some of my issues are going to be dealt with by federal politicians."

"Each vote makes a difference and can impact us all. I never really understood it but as I got older I can see changes happening to all of us and even though I still can't stand politics, I understand the importance of my vote, that if us as indigenous people want true change and for our voices to be heard, we need to come together as a community and family."