After years of hearings and interviews as families told their stories, the $92 million National Inquiry into Missing and Murdered Indigenous Women and Girls (MMIWG) is set to be released today at the Museum of History in Gatineau, Quebec. 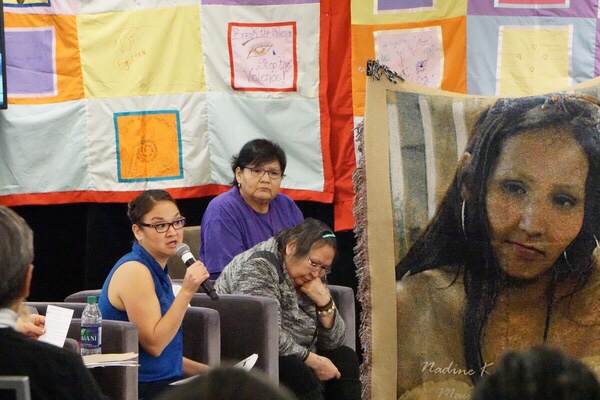 The report is the culmination of two and a half years work, not without its challenges: a commissioner and two executive directors resigned during this time, and there was a high staff turnover. Some families were also unhappy with the overall process followed by the inquiry.

The inquiry’s work was originally supposed to wrap up by the end of 2018 but an extension was requested and granted, although for a shorter period of time than requested. 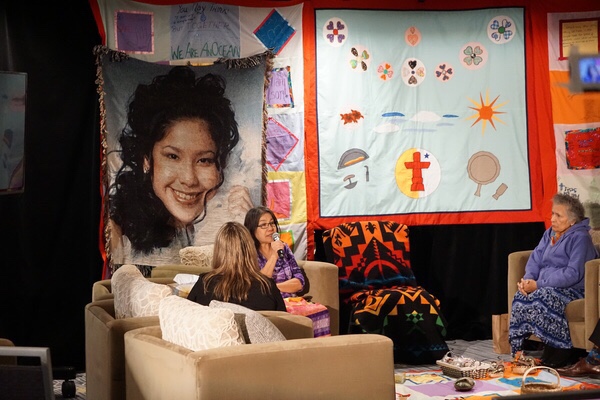 Gwenda Yuzicappi speaks at the Saskatoon hearings, with a blanket showing her daughter Amber Redman behind her. Stock photo

The national inquiry made stops across the country, including Saskatoon. Read some of the coverage from those hearings below: