The 12th annual Sisters In Spirit vigil and walk commemorating missing and murdered Indigenous women and girls drew hundreds to the downtown Saskatoon Indian and Métis Friendship Centre on October 4th. The walk commenced just after 6 pm, and was led by smudge and drummers, followed by a large representation from family and friends of missing woman Ashley Morin, from the North Battleford area. 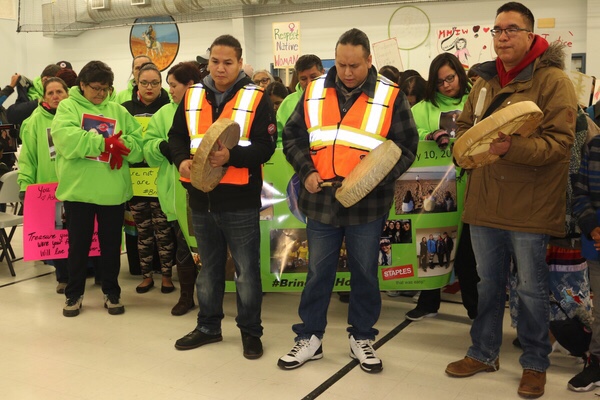 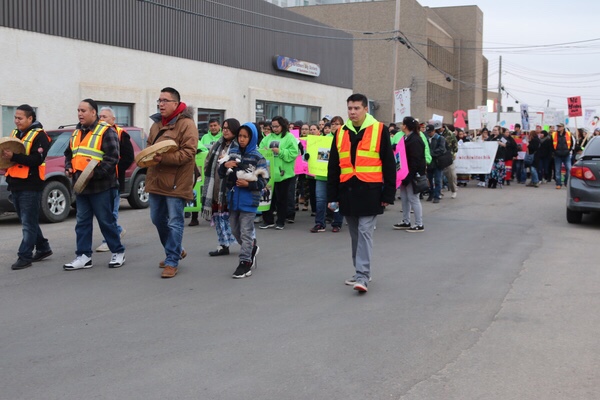 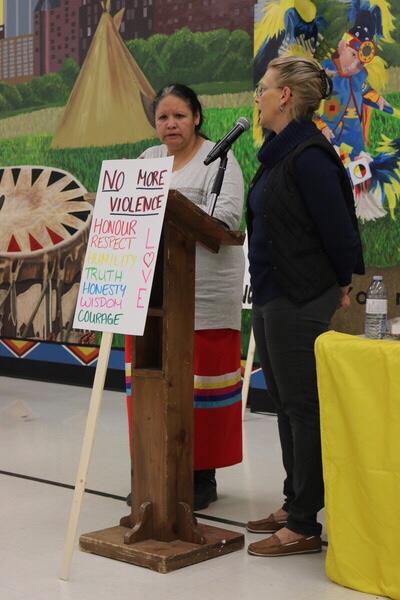 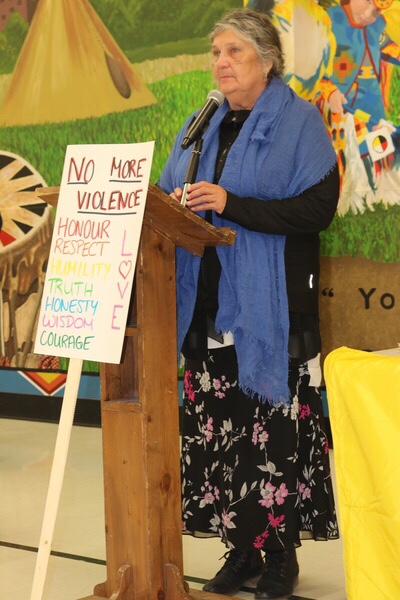 “This beautiful girl beside me in this picture, this is my best friend, Ashley, and that’s her big family who loves her, and we’ve been searching for her since July10th,” said her friend Krista Fox after the march, when various spokespeople for families addressed the gathering. “I never thought a year ago, I’d be here doing this. A year ago we were talking about going to Jamaica...she’s such a beautiful person inside and out.”

She said they were continuing their search for her, and were not going to give up looking for her.

“We’ve done all kinds of fundraising so that we can put out a reward for her,” said Fox. “Our community of North Battleford has helped in so many ways. Everybody knew her.”

She thanked all the supporters, attendants, and organizers of the vigil, telling everyone to love and hug their family and friends tonight and every night. Morin, 31, was last seen wearing grey sweat pants, a black t-shirt with white writing, and a black hat in North Battleford; she is 5’2 with dark hair and brown eyes.

Carol Wolfe addressed the gathering via a sign language interpreter on behalf of her deceased daughter Karina, located after missing for several years.

“I remember seeing those words, missing and murdered Indigenous women...wondering what does that really mean, and it was shocking to me to realize how profound those words were,” said Wolfe. “Five and a half years after my daughter went missing, they found her body.”

Wolfe has three sons; Karina was her only daughter. She thanked the police for working so hard and not giving up on her beautiful daughter, who loved art and writing and whose life ended so tragically at age 20.

Other speakers included Peggy Daniels, on behalf of her murdered niece Courtney Johnstone; Darlene Okemaysim-Sicotte on behalf of organizers Iskwewuk E-wichiwitochik; and Troy Cooper, Saskatoon Chief of Police. Opening and closing prayers were led by Maria Campbell, who also shared a few words.

“My family has lost three loved ones over the years. We have many stories. Two of them were sisters, and you never get over it,” said Campbell, wishing love and gentleness to those grieving a loved one. “For those who have found closure, your strength and courage is really important to all of us...we need to be kind to one another, that’s really important.” Campbell added that violence often begets violence; or not knowing what to do with all the pain: but we all have to make better choices so the world will be better for our younger generations, with courage, wisdom, and honesty at the forefront. “We can do it if we help each other...we can lead the way as role models so that our children don’t have to live with violence, fear, and anger that many of us have grown up in. We can spread lots of love around, and gentleness.”