”Red dress form” a way to fundraise for families of MMIP 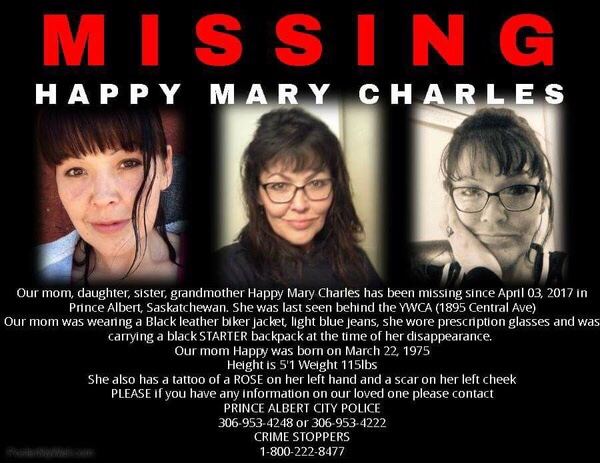 Charles’s family actively continues to search for her. Her parents, Carson and Regina Poitras, have done all they could to fundraise to cover the financial cost of the search.

“We had a go fund me page to raise a reward for any leads to find Happy but we didn’t meet our goal,” said Carson, who also stated they would not pursue funds that way again in the near future.

The family had also started a healing awareness walk. The first walk they had was to bring their daughter’s spirit home.

They said the walk was also a way to make sure Charles’s disappearance will not be forgotten. They will be organizing a second annual walk on May 4, 2019 from Prince Albert to La Ronge – which are 241 kms apart.

The parents said they have more places they would like to search but their failing health and lack of finances have made it difficult for them.

Debbie Thomas, who volunteers on ground searches for missing people, met the family when she had seen their post on Facebook asking for volunteers.

Since then, Thomas had become a close family friend and came up with the idea of the red dress form in order to help families search for their missing family member.

Thomas has volunteered in many searches and always found there was a lack of services for First Nations missing and murdered people.

“There is a lack of funds for searching for missing family members and they have to rely on sponsors, donations and fundraising,” said Thomas.

She added it’s already hard enough for the families who are already emotionally traumatized. Thomas wanted to find a way where the funds would be continuous and be wide spread across Canada.

“Missing and Murdered Indigenous people is a national problem and I’m hoping it [red dress form] will spread,” said Thomas. “We need the public to be made aware of the hardships families have looking for the missing family members.”

The idea of the red dress form is to ask businesses to ask their customers if they’d be willing to donate a dollar or another amount to assist the family.

“If Telemiracle can do it, why not for First Nation families searching for their missing family member?” said Thomas.

The red dress form would also increase awareness of Charles’s disappearance and other MMIP.

Thomas also hopes if they had enough funding from the red dress form, that there could be a chance to open a calling centre for MMIP so families could keep an open file during their search.

“There could be one in every office with a trained team and volunteers to act on that missing person case immediately,” said Thomas. 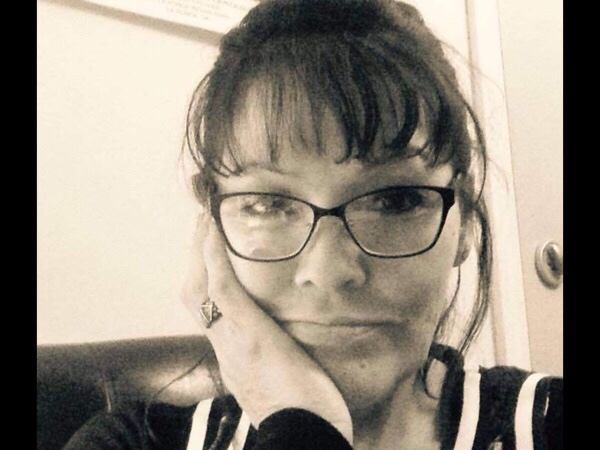 Happy Mary Charles has been missing since April 2017. Last year an awareness walk was held in her honour, and another is scheduled this May. Photo supplied

Although the family misses her every day, they continue to keep the faith that someday they will find Charles.

“I’m confident we will find her this year,” said Carson.

Charles would be 44-years-old this year.