Wanuskewin Heritage Park is amongst five finalists from Saskatchewan who will be represented at the 2019 Canadian Tourism Awards in Ottawa. 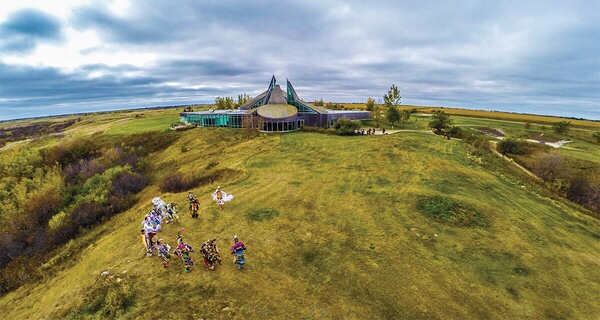 The finalists were announced by The Tourism Industry Association of Canada (TIAC) on October 1st.

“Saskatchewan has a solid track record of sending finalists to the Canadian Tourism Awards,” Tourism Saskatchewan CEO Mary Taylor-Ash said in a media release. “Tourism Saskatchewan applauds Harvest Eatery, Over the Hill Orchards & Winery, Brenda Peterson, Tourism Saskatoon and Wanuskewin Heritage Park for their impressive work. These distinguished finalists are industry leaders who strive to deliver on the promise made to their guests. This recognition at the national level is most deserved.”

The Canadian Tourism Awards are presented annually by TIAC and the Toronto Star to recognize success, leadership and innovation in Canada’s tourism industry, and to reward those people, places, organizations and events that have gone above and beyond to offer travelers superior tourism experiences in Canada.

“The Government of Saskatchewan is pleased to congratulate the finalists who will be representing our province at the Canadian Tourism Awards,” Minister Responsible for Tourism Saskatchewan Gene Makowsky said. “These honourees reflect the diversity of Saskatchewan’s tourism sector, and the spirit and drive that brings bold dreams to fruition. They play an important part in growing Saskatchewan’s visitor economy.”

This news marks the eighth consecutive year of representation for the province, and the second time that Saskatchewan has placed in five categories. The awards will be presented at a gala dinner ceremony at the Westin Ottawa on November 20, 2019. The celebration is a highlight of The Tourism Congress, TIAC’s annual industry conference.