Lynn Thompson from the Pine Creek First Nation in Manitoba is one of many Sixties Scoop survivors.

Thompson said she and her sister are plaintiffs for the settlement claim stating they have physical proof of the severity of the abuse they’ve endured. Thompson was ‘scooped’ in 1971 when she was three and a half years old along with her sisters. She remembered the day so vividly when she was taken away from her family.

“I remember [my parents] telling me ‘if you ever see white people, you run to the bush’,” she said. “I remember running to the bush. were thrown in a trunk of a car…that’s the only memory I have of my family.”

Growing up, she was placed in several foster homes. In care, Thompson claims she was shot several times. Thompson has now lived in Saskatoon for the past 20 years and has little contact with her biological family. She has been conversing with other Sixties Scoop survivors within Saskatchewan for about 12 to 14 years.

“It’s not even a settlement, it’s just in principle not settled yet,” she said. “Yes, there’s a $800-million dollar offer but nothing is set in stone.” 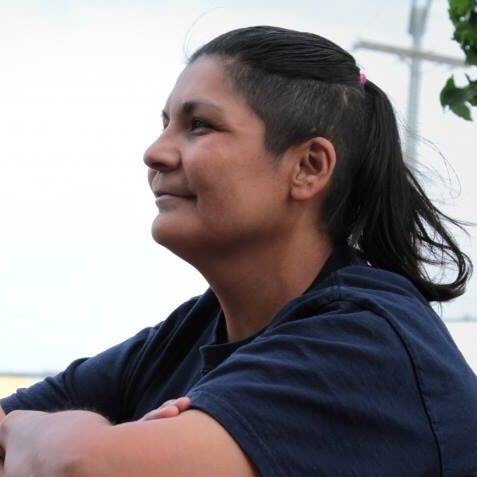 Lynn Thompson was ‘scooped’ in 1971 when she was three and a half years old. She remembers running into the bush and being placed into a trunk of a car. Photo provided by Lynn Thompson.

On October 6, the Indigenous Affairs Minister Carolyn Bennett made an official announcement that an Agreement-in-Principle aimed at resolving Sixties Scoop litigation has been reached. The Agreement-in-Principle is to include individual compensation where survivors are expected to receive $25,000 if there are more than 20,000 claimants – however if there are less than the indicated number then claimants will receive $50,000.

“It is true that this $25,000 to $50,000 only goes to people who were in care for a reasonably long time,” said Saskatchewan lawyer Tony Merchant. “If somebody just went into foster care and six months later or something, they came out, they won’t have any claim at all.”

Along with the proposed claim amount from the federal government, Merchant, who is also one of the founding board of directors, said there will also be $50-million put into a foundation.

“There are three Indigenous people on the board – one is from Saskatchewan,” said Merchant. “We want the money spent to help Indigenous people, generally, but with a particular focus on Sixties Scoop.”

Merchant said there won’t be any pay for those who were physically or sexually abused in the foster homes as well as the Metis or non-status people.

“The sort of arrangement made with law firms…who are involved in this, they’re only in for this part with the federal government,” said Merchant. “After we settle, if I go ahead with the settlement, then Merchant Law will proceed in every province…and try to get compensation for Metis, non-status…sexual and physical abuse [Sixties Scoop survivors] from the provincial government.”

The Sixties Scoop refers to a time period when Indigenous children were taken from their families and placed in foster care starting in the 1960s.