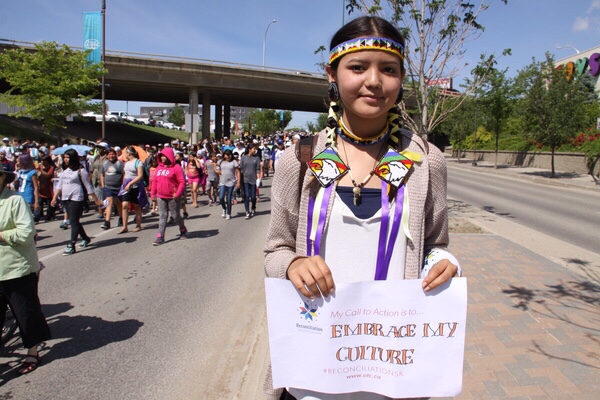 “Perceptions of racism and inequalities in our systems are not a surprise to Indigenous people who live with racism every day. It’s important we acknowledge the problem. If we don’t, it’s hard to make progress,” stated Mary Culbertson, Treaty Commissioner of Saskatchewan, in a media release.

The OTC learned from the survey data that people are more familiar with Residential Schools than with the Truth and Reconciliation Commission (TRC) and its Calls to Action. Almost all respondents agreed that reconciliation is important (91 per cent) and that it is possible (87 per cent).

The overwhelming majority of residents (90 per cent) who participated in the survey acknowledged racism in Saskatchewan. Of those surveyed, 46 per cent see the current relationship between Indigenous and non-Indigenous citizens as negative and 36 per cent see it positively. Despite this, 64 per cent of respondents agree that the relationship is improving.

Taken all together, the OTC also saw an acknowledgement among the majority of respondents that problems exist in the province, including the presence of racism, inequities in the systems, and poor relationships between Indigenous and non-Indigenous people.

OTC added that they also see there is a feeling that relationships are improving and that reconciliation is both important and possible.

“In the results I also see reason for hope, with the almost unanimous belief that reconciliation is important and possible. We want this information to contribute to the conversation on the journey of reconciliation in the Treaty territories of Saskatchewan,” Culbertson added. “The OTC’s recently introduced Vision for Truth and Reconciliation through Treaty Implementation helps us to have to know where we are going. The survey helps us understand where we start.”