In advance of a two-day emergency meeting in Ottawa, Assembly of First Nations (AFN) National Chief Perry Bellegarde is calling for a commitment by the federal government, provinces and territories to formally work with First Nations to fix the First Nations child welfare system.

Chief Bellegarde said two years ago, he challenged all provincial and territorial governments to work with First Nation on new approaches to reform First Nations child welfare – which they agreed to do. 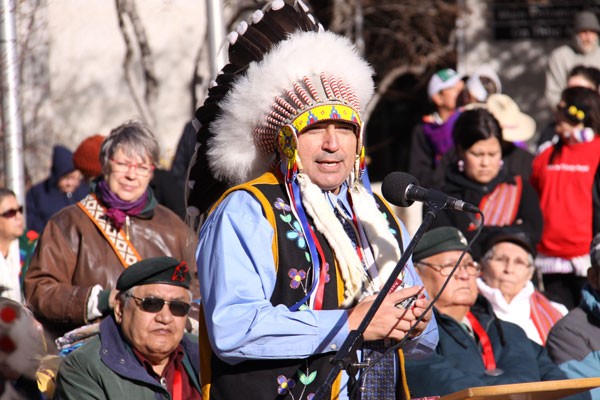 AFN National Chief Perry Bellegarde wants a focus on prevention when it comes to the welfare of First Nations children. Stock photo

“Some jurisdictions are already moving on this urgent work, but we need formal arrangements in each province and territory with clear roles, responsibilities and timelines. It’s time to move from a failed focus on apprehension, and put the priority on prevention,” said Chief Bellegarde in a media release. “We want our children to remain in their communities and with their families whenever possible, and we want strong First Nations child welfare agencies to support them. This is about fairness and hope for our children.”

The emergency meeting was called by the Federal Minister of Indigenous Services Jane Philpott earlier this week when she and Deputy Minister Jean-Francois Tremblay addressed the media in a briefing. The emergency meeting was held January 25-26 during the two-year anniversary of the landmark Canadian Human Rights Tribunal decision which ruled the federal government discriminates against First Nations children on reserve by under-funding First Nations child welfare agencies – a case fought tirelessly by advocate Cindy Blackstock. The meeting, hosted by Minister Philpott, will include representation by provinces and territories, First Nation communities, Indigenous organizations and the federal government.

“It’s up to each jurisdiction to work together with First Nations to ensure every child has an opportunity to grow and thrive in a safe environment, surrounded and supported by their family and community,” said Chief Bellegarde. “We’re ready for action by all parties. I want to see each region have a process in place where the provincial and federal governments are working with First Nations on new approaches based on prevention. We’ve been fighting this battle for too long, including ten years for the Canadian Human Rights Tribunal ruling. Ten years in the life of a child is their entire childhood. It’s time to fix the system now.”

Representatives from Indigenous groups as well as government officials gathered in Ottawa for an emergency meeting. After the first day of a two-day summit, voices from across the country were heard.

The president of Native Women’s Association of Canada (NWAC) Francyne Joe stated in a NWAC media release generational issues ranging from foster care, health care and overall child welfare are pillars of importance, and hopes the summit will finally initiate tangible change for the future.