Youth from the Montreal Lake Cree Nation (MLCN) take a weekly trip to Prince Albert to take part in the 390 RCACC North Saskatchewan Regiment Cadet program. The popular program has been teaching them the structure of discipline and authority and the results are showing in improvements in many parts of their lives. 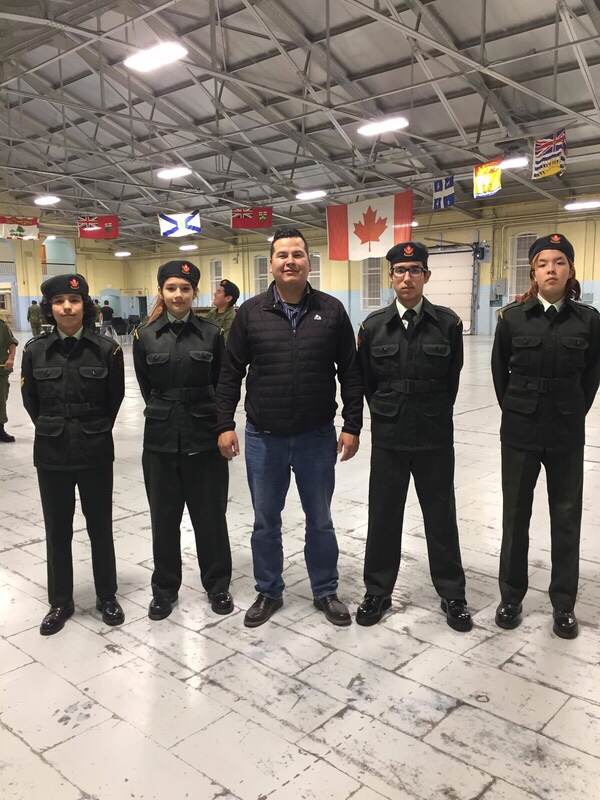 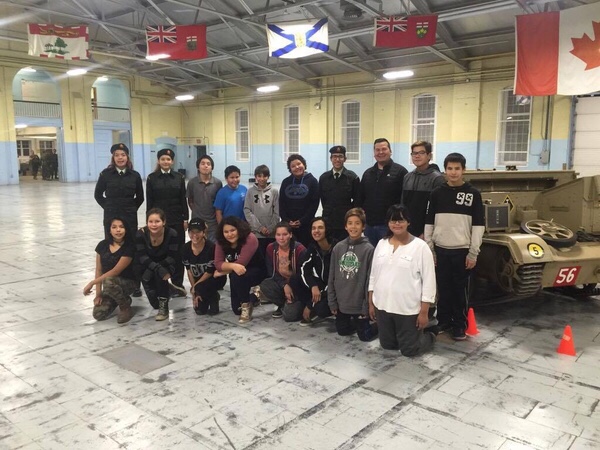 John Ross, 17, joined the cadets to follow the footsteps of his uncle Robert, who is in the navy and his sister Rebecca, who had completed the Bold Eagle program this year.

“[People] said the 6am run was going to be torture but it’s not a problem for me,” he said. “I trained myself to become a better person and learn to control myself…how to stand up for your country to protect and serve.”

It’s a program that has shown Ross what opportunities are out there – something that gave him hope and direction for his future. He plans to stay in the cadets with hopes of trying out for the Bold Eagle program some day.

Simon Bird who is the education director and principal of the Senator Allen Bird Memorial School in MLCN said the 25 students look forward to the cadet program every week held at the Prince Albert Armories.

“The impact on the youth’s behaviours have been very positive. Not one kid has showed up to cadets and disrespected the whole process,” said Bird. “At school, for the most part, I’ve seen improvements with their attendance and the respect they show for teachers and an improvement on how they relate to each other because they are treated as team members.”

Captain John Glasscock is the commanding officer for the 390 North Saskatchewan Regiment Army Cadet Corp. The program teaches the Cadets beneficial tools such as leadership, citizenship, discipline, team work, and obtaining the skill to follow directions.

The program has also taught the students how to serve as a cadet with training in drills, marches and how to treat the cadet program with respect. Bird said the cadets, ranging in age from 12 to 18 years old, love the fact that there are uniforms involved in a unit and that the program is associated with something greater like the military and armed forces.

The student interest sparked after the armory in Prince Albert conducted a presentation at the school and immediately recruited some cadets. At the start, Bird was driving the cadets himself in a 15-passenger van on Tuesday evenings to the cadet program in Prince Albert which is about a 200-kilometre round trip. A month and a half into the program, they are now transported by the community’s bus drivers.

“As explained from Captain John Glasscock, it’s not like school, you don’t have to be there if you don’t want to,” said Bird. “Not everybody is an athlete, not everybody is a star student but anybody that has a real passion to be better can definitely be a cadet.”