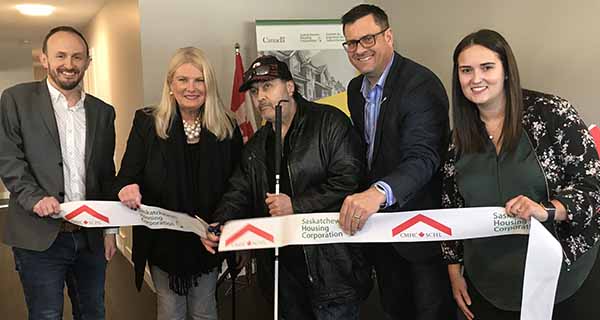 In a world “built for able-bodied people,” a Saskatoon organization is providing affordable, accessible home for people with disabilities.

The organization charges sixty per cent less than the median market rent for accessible units in Saskatoon.

“It’s a big need in the city,” said Executive Director Toby Esterby. “It’s a challenge for anyone to find affordable housing. If you add to that a need for accessibility standards within your home, that makes it really challenging to find a safe, stable, secure and affordable home.”

The new homes are in addition to a five-year project that will open around 30 accessible units, Esterby said in an interview this week.

“We want to make sure that the work that we’re doing fills those needs. We have a waiting list that very much warrants that,” he said.

"Overwhelmingly what we heard from families, as they moved in, is it gave them the ability to just be at home and feel comfortable in their own skin, which is something that people facing disability often struggle with.

“The world is built for able bodied people, unfortunately… We try to change some of those structures out there that are really impacting folks,” Esterby said.

The project is an example of the work being celebrated during Disability Service Professionals Week May, 25 to 29, in Saskatchewan.

The work of many employees in the disability sector has been deemed essential service during the pandemic.