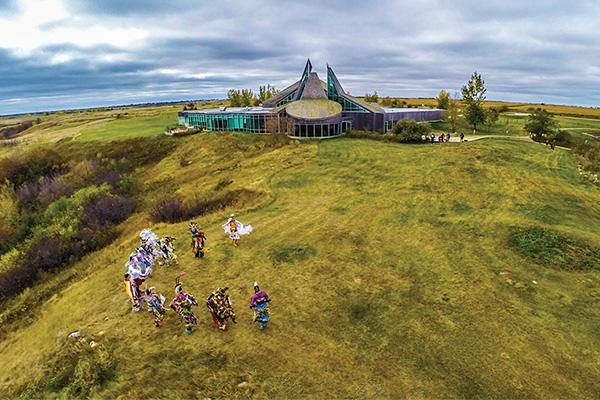 “Tourism Saskatchewan is thrilled by the achievements of our Canadian Tourism Award finalists and award winner,” said Tourism Saskatchewan CEO Mary Taylor-Ash in a media release. “It was meaningful to see recognition paid to passionate champions for our province – Dean and Sylvia Kreutzer, Garrett 'Rusty' and Kristy Thienes, Brenda Peterson, Tourism Saskatoon and repeat award winner, Wanuskewin Heritage Park. This strong representation by Saskatchewan on the national stage is inspiring.”

Wanuskewin Heritage Park received the Tourism Industry Association of Canada (ITAC) Indigenous Tourism Award. Located on the northern edge of Saskatoon, the park has been a centre for sharing Indigenous culture, traditions and history for more than 26 years. The heritage park is on Canada’s tentative list for UNESCO World Heritage designation.

“Saskatchewan truly made an impressive showing at the Canadian Tourism Awards,” Minister Responsible for Tourism Saskatchewan Gene Makowsky stated. “The Government of Saskatchewan is pleased to congratulate all of the finalists, and acknowledge Wanuskewin Heritage Park for their win. The accomplishments of this group reflect the innovative work that drives our province’s tourism industry, strengthen the visitor economy and make Saskatchewan a remarkable place to visit.”

The Canadian Tourism Awards, presented by the TIAC and The Toronto Star, recognize success, leadership and innovation in Canada’s tourism industry, and honour those people, places, organizations and events that go above and beyond to offer superior visitor experiences to travellers in Canada.

Since its inception in 2003, the Canadian Tourism Awards gala has become a highlight of The Tourism Congress, TIAC’s annual conference.