Long-time fans of Corner Gas will have another chance to enjoy the popular TV series as it comes to life in animation form. Corner Gas Animation is set to premiere on April 2nd on the Comedy Network – an exciting time for dedicated and potential viewers.

“I’m excited! Comic books, cartoons, and drawing have always been in my DNA,” said Creator, Executive Producer, and star Brent Butt in a media release. “The original series really lends itself to being animated. The humour, the warmth, the antics and cast have all found their way into the new animated show. It feels like Corner Gas and I couldn’t be happier.” 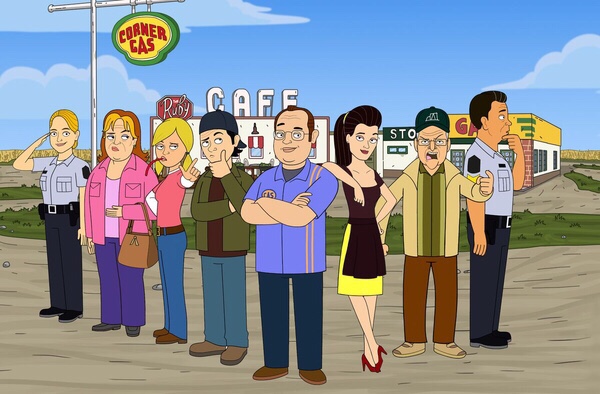 The hit show that was filmed in the Saskatchewan prairies has now returned with in animation form. Photo courtesy of Corner Gas Animated/The Comedy Network.

The six-seasoned show premiered in 2004 and ended in 2009 and also made Corner Gas: The Movie in 2014. A couple years later, the idea of turning the show into an animation was born. Thirteen episodes were recorded last year of the upcoming Corner Gas Animated.

Recording the animation last year was a happy and fun time for actor Lorne Cardinal, who played Davis Quinton, as he was reunited with his fellow crew members of the show.

“These people are fantastic human beings,” said Cardinal from Sucker Creek First Nation, AB. “Whenever we get a chance to get together, it’s always a good time.” 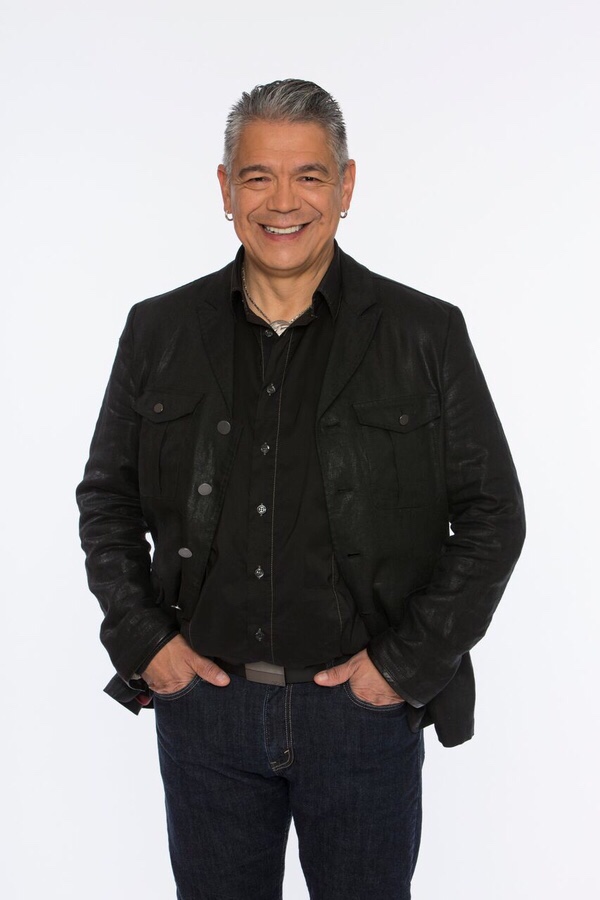 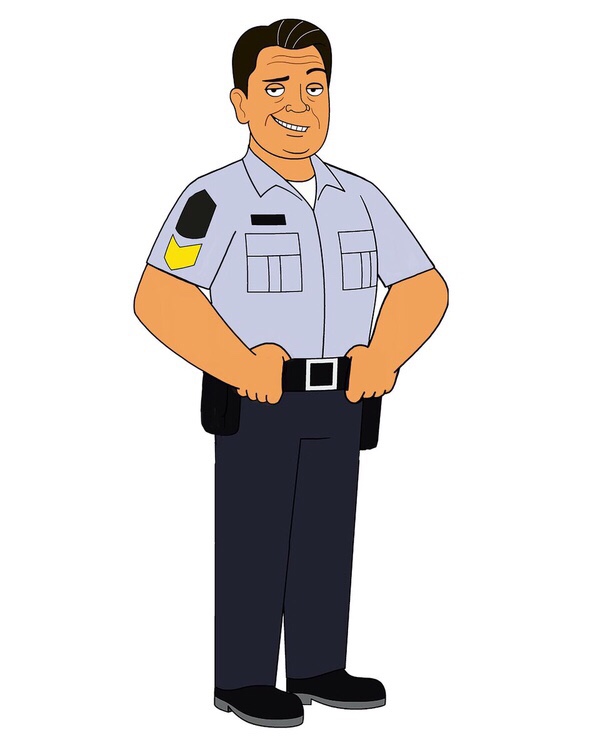 The decision to turn the show into an animation was based on the responses from fans, Cardinal said. With Corner Gas Animated, he hopes the show will reach a younger audience so they can develop a whole new crop of fans along with the existing ones as well.

“Come along for the ride and enjoy it. You can watch it with your kids and your grandparents all in one place,” he said. “That’s one of the comments we over the years, the moshums and kokums tell us that they can watch the show with their grandkids so they don’t have to cover their ears. That’s what I like about it, it’s cross-generational.”

The Corner Gas series and movie was filmed in the small town of Rouleau, SK. Cardinal has yet to revisit the old set which has been demolished in November 2016 but knowing the faux gas station and the Ruby restaurant is no longer there is a saddening thought for the Indigenous actor.

“It’s just a big empty space now. It kind of brings a lump to my throat,” he said. “There’s a lot of good memories there and I’ve worked with a lot of great people from Saskatchewan.”

Cardinal said there were too many memories while filming the show that are memorable throughout the years but holds the memory of Janet Wright who played Emma Leroy close to his heart.

“Riding a van together with Janet to work everyday, I just loved her company and I miss her very much,” he recalled about Wright who passed away in 2016. “We all miss Janet but she’s here in spirit.”

Eager fans will have a chance to see their favourite characters when the show premieres on Monday, April 2 at 8 P.M. ET/PT on the Comedy Network.