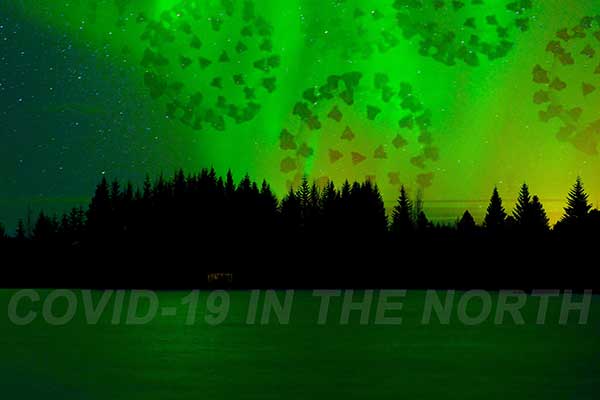 Emergency response procedures are being implemented in First Nations around Saskatchewan as COVID-19 has begun to spread to northern Saskatchewan.

As of April 27, 29 of the province’s Far North cases are in La Loche. The cases in the La Loche area are connected to the outbreak at the oilsands camp in northern Alberta, according to the provincial government website. Saskatchewan’s fifth death from COVID-19 was a resident from La Loche. 83-year-old Joseph Pierre Sylvester.

The first case in La Loche was traced back to a worker who had been to Alberta. The virus was then transmitted to a healthcare worker as well as a long-term care resident. Robert St. Pierre, La Loche Mayor, said that people are obeying the newly imposed curfew requiring them to be inside their homes from 10 P.M to 7:00 A.M.

“As things like this progress, people’s anxiety gets the better of them sometimes. But we’re responding well,” St. Pierre told Eagle Feather News.

“People are practicing physical distancing. We have a curfew in place and checkpoints that we’re following through with it. The measures are in place.”

St. Pierre said he is not worried about the La Loche Health Centre and Hospital handling the current outbreak. The facility will remain open, but will not be accepting new patients. Those requiring hospitalization will be re-directed elsewhere in the province.

English River First Nation (ERFN) confirmed four cases of COVID-19 on April 21. The infected individuals were already under self-isolation when they received the positive test results, and will continue to isolate under the supervision of public health officials.

“Now that it's been made public, people here are more aware that it can spread anywhere,” said ERFN Councillor Katrina Maurice in an interview.

“We do have a pandemic planning book in place for something like this,” she said. “I have to feel confident that we have put our faith into public officials and set out the appropriate guidelines.”

Maurice said ERFN has implemented road restrictions, preventing residents from leaving and visitors from entering. ERFN has been under a state of emergency since March 19.

“We have done all we can do at the First Nations level to keep our people safe,” said Fond Du Lac First Nations Chief Louie Mercredi. “However, the provincial government's health care employees are not abiding by those measures.”

“We are demanding that more PPE immediately be shipped to our communities to protect our people. This infection was caused by provincial health care staff that were not tested before coming into our nations, they must ensure that our people are protected at all costs, as they will be held liable if this infection is not contained and continues to spread.”

To help prevent the spread of the virus, leaders in Northwest Saskatchewan have implemented a series of regional perimeter checkpoints on the main lines coming in and out of the Northwest region. Leaders hope the checks will serve both as education and a reminder to decrease unnecessary travel. The four checkpoints will be near Cole Bay, Beauval, Fort MacMurray, and La Loche, and will be overseen by a regional incident command centre in Beauval.

“Our government has already taken significant action to respond to the situation in La Loche and we are taking further action,” Moe said. “I have spoken with La Loche Mayor Robert St. Pierre and several other people in the community and we will continue to work closely with northern leaders to protect the north.”