Determination and desire to create change is what fuels Cassandra Wajuntah 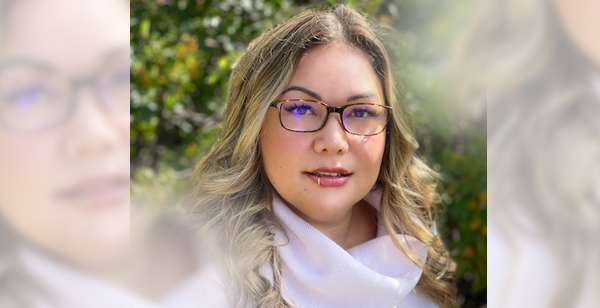 After seven years of “going over and beyond,” raising five children and fostering hundreds of animals, while working on her doctorate, Cassandra J. Opikokew Wajuntah is set to defend her dissertation in July.

She’ll argue Indigenous people can better address their own health issues when they make the policies themselves.

“Indigenous people have literally been framed as a problem,” said Wajuntah.

She said the current policy system is racist and paternalistic, which is the real problem.

Her thesis, The Indian Solution to the Policy Problem: Articulating Indigenous and Colonial Policymaking Models Using An Indigenous Lens, takes a look at how Indigenous people create policy and how it’s different from a western, colonial policy-making system.

“We have the same goals to make a better life for our community, but we go about it in very different ways,” said Wajuntah.

A member of the Canoe Lake Cree First Nation, she’s overcome many obstacles to accomplish her goals. Wajuntah said she dealt with the intergenerational trauma caused by Residential Schools and, when she was 17, she suffered a brain injury but still graduated from Meadow Lake High School in 2004.

Her educational career began with the Indigenous Communication Arts (INCA) program at First Nations University of Canada (FNUniv), which led her to work for CBC television by the time she was 19.

“They told me I would only be an editorial assistant, but within two weeks, I was doing on-camera reporting,” said Wajuntah.

In 2009, she graduated at the top of her class from the University of Regina’s School of Journalism with a bachelor degree along with an INCA certificate from FNUniv.

Wajuntah was also an active leader in the on-campus student movement, pushing for post-secondary education funding for Indigenous students.

Ironically, the funding limitations she spent much of her undergrad lobbying against impacted her personally when she dropped out of law school because her band was unable to fund her for a second degree.

“Being a northern community, they prioritized grade 12 grads for funding, so that they are able to pursue an education right after high school,” said Wajuntah. “If they don’t, we can lose them from post-sec forever.”

She secured scholarships to pursue a graduate degree in public administration at Johnson-Shoyama Graduate School of Public Policy, where she studied post-secondary funding for First Nations students and continued her lobbying efforts.

During her studies, Wajuntah was hired as the research assistant for the late Jo-Ann Episkenew at the Indigenous Peoples Health Research Centre (IPHRC).

A four-month contract turned into 10 years.

“I went from being research assistant to research associate, to associate director, and then director of the centre,” she said.

She was then awarded $108,000, a Canadian Institutes Health Research (CIHR) Doctoral Research Grant, to research Indigenous health organizations in Saskatchewan and Hawaii.

As a visiting scholar in Hawaii, she worked with community health organizations throughout the Hawaiian Islands.

Her husband, Justin Wajuntah, says Cassandra has the ability to look at the bigger picture, which has opened doors of opportunity for her.

“She gets into the zone and she can just run,” he said.

The couple lives on an acreage in the Qu’Appelle Valley, near Justin’s home community of Standing Buffalo First Nation where they’re raising their children and saving animals.

“She’s very caring, she’s very loving,” said Justin. “She’s the better homebody, the better multitasker … she’s the one who will go over and beyond.”

After 18 years of post secondary studies, Wajuntah is looking at completing her PhD, so she can have more time to spend with her family.