We asked our readers in our weekly web poll, what do you think will be the outcome of the upcoming Gerald Stanley murder trial? 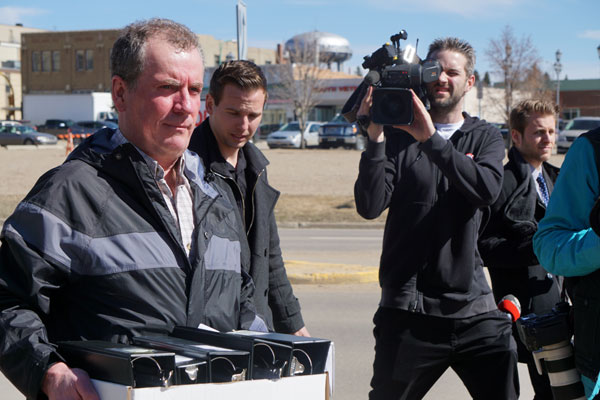 Gerald Stanley after his preliminary hearing in the spring. Stock photo

Farmer Gerald Stanley is charged with second-degree murder in the shooting death of Colten Boushie in August 2016 near a Biggar, SK farm.

The 3-week trial starts on Monday, January 29th at Battleford Court of Queen’s Bench. Jury selection will be on the agenda for the first trial day.

According to news reports, Stanley’s lawyer, Scott Spencer, recently released a statement that his client won’t be speaking throughout the trial.

“I confirm that Gerry [Gerald] has no intention to participate in any interviews or make any statements,” according to the statement document. “Despite any online comments or media stories, Gerry’s trial is not a referendum on racism. If jurors feel that they have to pick a ‘side’, then it will be very difficult for there to be a fair trial.” 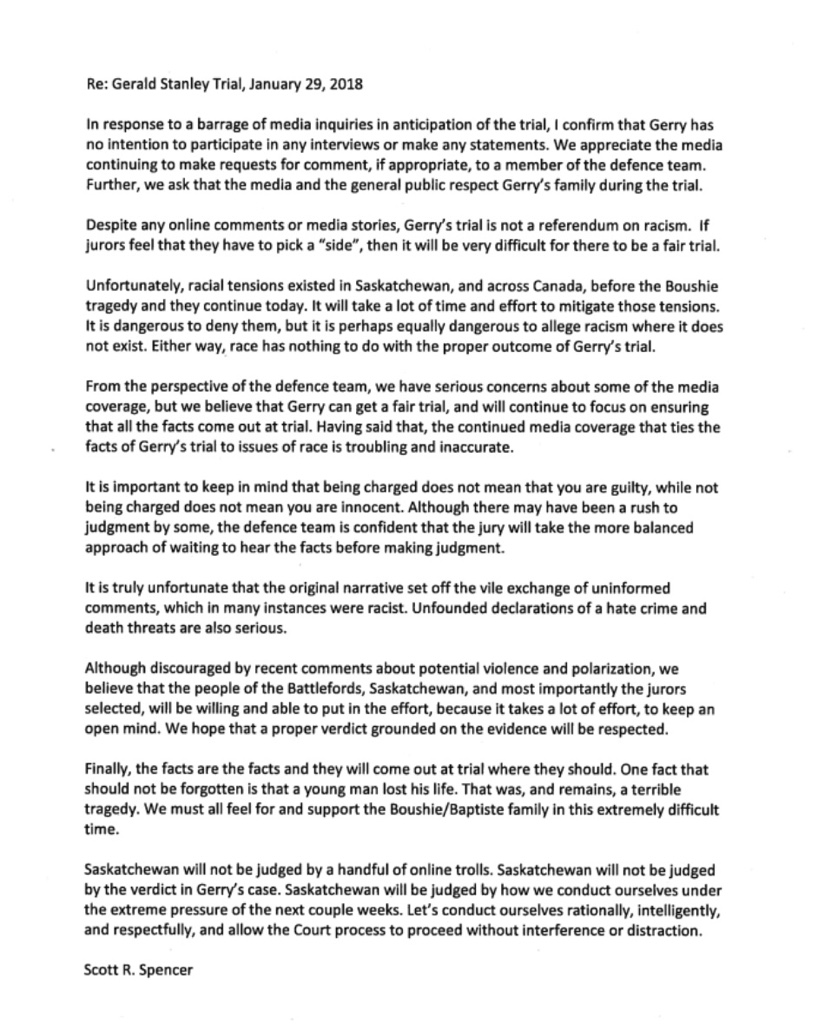 Eagle Feather News will have more details of the Stanley trial as it starts to unfold.