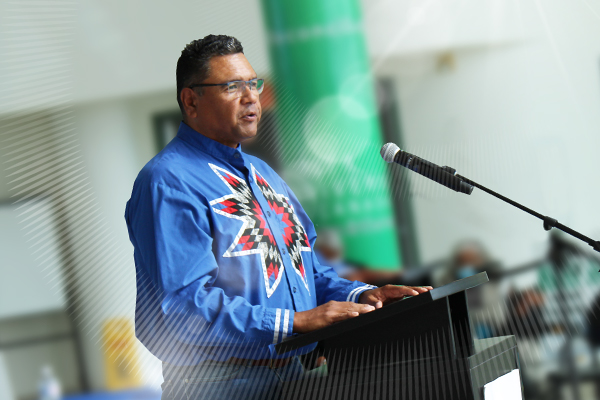 Sustainable development on First Nations lands is the focus of an agreement between the File Hills Qu’Appelle Tribal Council (FHQTC) and the University of Regina, Faculty of Science.

The Tribal Council intends to “(mobilize) technicians and experts to support” its 11 First Nation members in the stewardship of their lands, resources, and environment, Program Director Shannon Thomson said in a news release.

The partners will identify a joint project for a mutually beneficial relationship.

“Each party is to provide insight and guidance… in a culturally respectful and thoughtful way,” Thomson wrote.

“The initiatives of the Tribal Councils Lands, Resources, Environment, and Stewardship arm help shape public policy and use practical approaches that include First Nations culture and traditional foundations,” Thomson said.

“(It) is one of those actions in the reconciliation calls to action,” said Edmund Bellegarde, Tribal Chief, and CEO of Fort Qu’Appelle Tribal Council.

“It's about building capacity for our First Nations, our understanding of some of the technical components to Western science and biology and water teachings.”

Bellegarde said the point of the agreement is to have a two-way dialogue. There are values in traditional knowledge to add to western sciences.

Bellegarde said young people should have an opportunity to learn western science, but also traditional knowledge and protocols as Indigenous people. This includes using traditional protocols within the science programs.

Douglas Farenick, Dean of Science at the University of Regina, said the partnership is important and brings a call to action.

“When you put down in writing that you're committed to doing something and you've signed your name to it, you better well honour that commitment. And over time, it's good to go back and revisit it in writing and see what you've committed to, to be sure that you're following through.”

Farenick said he hopes for a mentorship program for students to have continued interest and eventually come to the University of Regina or SaskPolytech. It would please everybody, he said, especially if Indigenous students go back to their communities with the knowledge and have the unique background they bring.

“It's okay that we're different in society,” Bellegarde said. “But if we work together, we can strengthen public policy…improve and strengthen outcomes. We can have a positive impact on the quality of life, not only on indigenous people but on all Canadians.