The final report on a national inquiry into Missing and Murdered Indigenous Women and Girls (MMIWG) was presented on June 3rd, to Prime Minister Justin Trudeau at a ceremony in Gatineau, Quebec.

The report is a 1,200-page report that includes many recommendations to government, police, and the Canadian public to help address the levels of violence directed at Indigenous women and girls. In total, there are 231 Calls for Justice in the report. 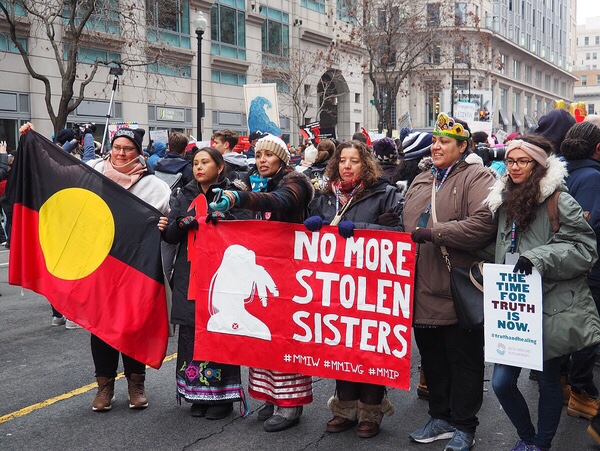 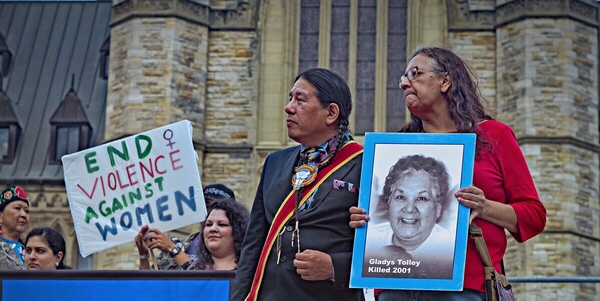 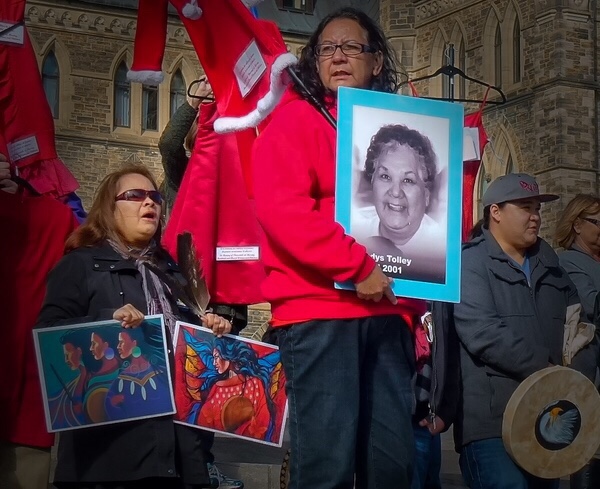 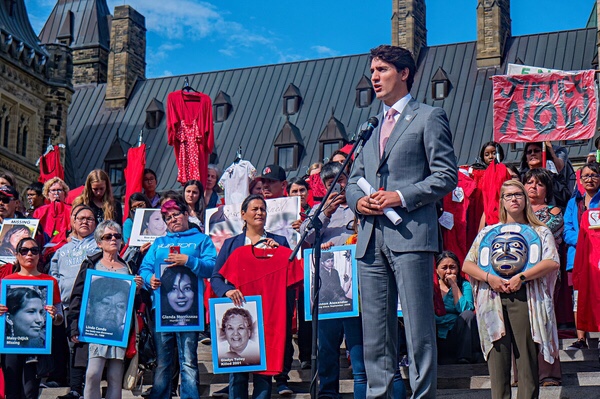 Marion Buller, Chief Commissioner of the MMIWG inquiry, said what has been taking place in Canadian is a genocide and a crisis “centuries in the making.”

“This report is about deliberate race, identity, and gender-based genocide,” she said.

“As a nation, we face a crisis. Regardless of which number of missing and murdered Indigenous women and girls is cited, the number is too great. The continuing murders, disappearances and violence prove that this crisis has escalated to national emergency that calls for timely and effective responses,” said Buller. “This is not what Canada is supposed to be about.”

According to the report, Indigenous women and girls are 12 times more likely to be murdered or go missing than members of any other demographic in Canada. The report encompasses testimony from more than 2,300 people over two years of public hearings across Canada.

Trudeau said at the ceremony that the justice system has failed Indigenous women and girls, and said that Canada must take action.

“We will conduct a thorough review of this report, and we will develop and implement a national action plan to address violence against Indigenous women, girls, and LGBRQ and two-spirit people,” Trudeau said at the ceremony.

“We have heard of their human rights being consistently and systematically violated,” he said. “It is absolutely unacceptable. And it must end.”

Among the many recommendations in the report, the inquiry recommends Ottawa establish a “robust and well-funded Indigenous civilian police oversight”, and harsher penalties for men who carry out domestic abuse.

Buller said that the Calls for Justice are not just recommendations but are “legal imperatives”.

The Metis National Council (MNC) expressed their disappointment in the final report, stating that the report “falls short” on addressing the interests of the Metis people, saying the report “lumps the Metis Nation in a catch-all basket of 'Metis and non-status Indians'.”

The MNC criticized the report for not recognizing Metis people as a “distinct Indigenous people.”

“It is no wonder that I was not invited to the release of the report,” said Clement Chartier, MNC President. “There is virtually nothing that addresses the Metis Nation and its citizens.”

The Assembly of First Nations (AFN) called for immediate and sustained action coordinated with First Nations in response to the report.

“Lives are at stake. We cannon wait any longer for real action and real results to ensure the respect, safety, and security of all First Nations at risk, and these efforts must be in coordination with survivors and families,” said AFN National Chief Perry Bellegarde. “There’s no reason we shouldn’t be acting right now and AFN is already working in many of the areas identified for action.”

The Federation of Indigenous Sovereign Nations (FSIN) stated their support of the inquiry’s call for many levels of institutional change.

“The final report marks a point in history where the commitment of many parties is necessary to end the violence against our women and girls,” said FSIN Chief Bobby Cameron. “On a daily basis our people are victims of the genocide because of the structural forces that have created a path that limits their choices.”

FSIN Vice-Chief Heather Bear echoed her support of inquiry and the Calls for Justice.

The Saskatchewan Association of Chiefs of Police (SACP) thanked the inquiry for their insights in the report and pledged to change.

“The National Inquiry has, yet again, demonstrated that we have failed to build the necessary trust with Indigenous, Metis, and Inuit peoples, especially women,” said SACP President Marlo Pritchard. “We have much work to do. We have to do better.”