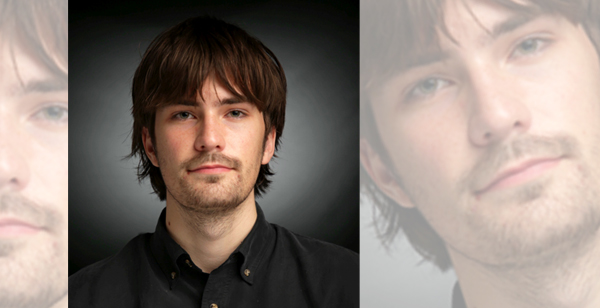 Liam O’Connor is a student from the University of Regina’s School of Journalism. He joined Eagle Feather in September and spent his time learning more about how to tell Indigenous stories. While here, he produced a wide range of stories. O’Connor chose to intern at Eagle Feather because he wanted to learn more about the Indigenous community. He spoke with youth and Elders from across the province. Liam has been a welcome addition to Eagle Feather News who worked to keep the pages filled with amazing content. We at Eagle wish him well in his future endeavours. Photo supplied

About eight months ago my journalism instructor told me I got the internship at Eagle Feather News (EFN). It was the opportunity to write about and exclusively cover Indigenous news.

I wanted to work at EFN because, often, Indigenous concerns are put to the side in Canada. Examples in recent history that come to mind are the Wet’suwet’n land defenders in B.C. or Crown land sales in Sask., but the list is long.

This is not to say there aren’t journalists doing this because there are, and they are great, I just think there needs to be more mainstream support behind it.

As journalists, I think it’s important we cover these issues and make sure Indigenous people and communities are heard — it’s the most pressing news of our time.

One might critique that frame of mind and think it’s biased and wrong to think like that as a journalist, but it’s my belief that it wouldn’t be very productive as a journalist in this day and age to listen to that.

My experience covering news for the paper

I was enthusiastic, but also nervous because I didn’t have that many contacts as I was coming to the paper. And it’s not only important, but essential to have contacts in journalism.

However, my editor and owner of EFN Kerry Benjoe always had my back with advice or numbers to call.

One of my first stories I did was on Tim Eashappie, who runs various culture camps to teach young kids in school about Indigenous knowledge. This one took place out at Brightwater, which is about 10 minutes or less south of Saskatoon.

The opportunity to do this story came from another one falling out, to which I immediately panicked and asked Kerry for guidance. She then referred me to Tim, so I started making some phone calls.

Soon I got ahold of Tim. I was looking to do a 15-minute phone call or maybe slightly longer, to ask him about his outdoor camp.

Tim wasn’t that interested in doing it over the phone and invited me to come visit and experience the camp in person the next day — to which I accepted.

Once I got to Brightwater, Tim gave me hours of time to talk to him and understand what he was doing. He opened up about personal subjects, like his difficult time in the residential school system, but also about his optimism in teaching youth about the earth through an Indigenous lens.

It shouldn’t be a lot to ask of journalists to do in-person journalism like this, so I’m not trying to take credit for going the extra mile or act like I did something special here, but I think I’ll remember this story for a long time to come.

This sums up my time at EFN pretty well, in that I learned a lot with every story I did. Sometimes that required me to make idiotic mistakes, but I guess if you’re not failing, you’re not trying — some wiseman said somewhere.

Advice to other young journalists

To state the obvious, bring tobacco as a sign of respect when speaking to Elders, especially when invited somewhere. It doesn’t have to be a lot; a guest speaker at the journalism school told us we could get a large pack of tobacco and then fill smaller pouches as offerings.

It’s important to not leave the complete onus of covering Indigenous news on Indigenous people, so if you’re in a journalism program or media position, remember that.

Ask for help when you need it and people like Kerry will be there to advise you in the right direction. Maybe don’t ask as much as I did or Kerry might leave the paper altogether.