With the United Nations (UN) declaring 2019 the Year of Indigenous Languages, initiatives around the world are taking place in order to restore and revitalize native languages and raise awareness of the endangerment of Indigenous languages.

Canada is often regarded as a bilingual nation, but in reality, it is home to nearly 70 Indigenous languages. Here in Saskatchewan, over 170,000 people speak a language other than English or French, the most common of which, according to the most recent Canadian census, after Tagalog is Cree.

“Our languages are eroding; they need some attention. Now we have the UN adopting this resolution – it's special in that light is now being shined on it,” said Wilson.

The SICC itself has created a number of grassroots initiatives, including an annual “Language Keepers” conference, a social media challenge to encourage Indigenous languages, and a sacred language curriculum predicated on action-based learning.

“It's been very positive on the uptake. It's an easy way to teach people how to speak a language. You don't learn language by writing or reading it, you learn it by hearing it and action-based learning,” said Wilson. “We have to get our head out of the box and start listening to each other.”

In 2018, SICC received $2.3 million through 2020 from the federal government to preserve, promote, and revitalize language and culture. Wilson said the support has been helpful, but more needs to be done.

“It's just barely scratching the surface,” she said. “We are a long way off. There needs to be a system in place, a process to develop language plans that are community based.”

“There's no safe place to say 'we don't need support, we're good, we're strong.' I have not heard that once from any language group across Canada.”

Belinda Daniels is one of Saskatchewan's leaders in Indigenous language revitalization. Daniels is the founder of nehiyawak Summer Language Experience and teaches Indigenous studies, cultural arts, and language for the Saskatoon Public School Division. She also hopes the UN declaration brings awareness to languages.

“I find languages so under the radar within our province, and definitely within Canada,” she said.

“In my own experience, I do see a significant rise in language reclamation,” she said. “I see a lot more language programming and a lot more adult learners reclaiming their language.” 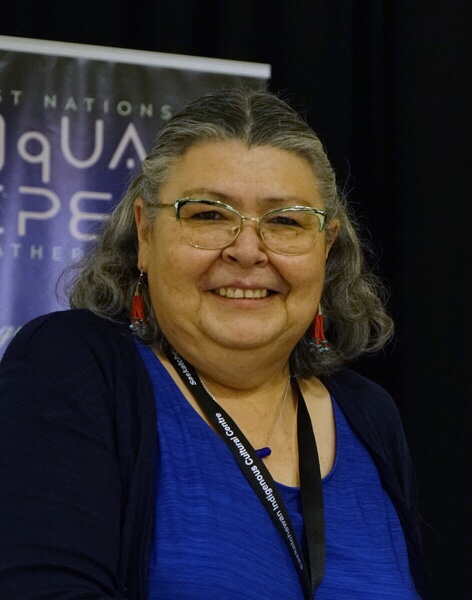 For her part, Daniels has been running nehiyawak – a language camp that focuses on traditional land-based language skill building. She said the camp has grown from two instructors to ten, and from about five participants to 30. The camp is an act of self-determination, she says, reclaiming the land in their home territory.

The benefit, she says, to investing in language, is immense.

“If Indigenous language were more prevalent, we wouldn’t' see such high suicide rates, such high rates of dropouts or violence. In the language, it structures the way we operate and behave, there are natural laws encoded in the language,” said Daniels. “If more people were speaking their languages, they would be flourishing in mental health and well-being.”