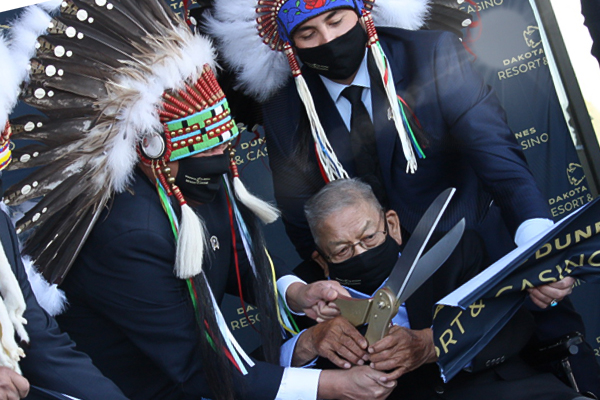 The doors have officially opened for the new Dakota Dunes Resort at the Whitecap Dakota First Nation. Just over two years after breaking ground on construction, the ribbon was cut Thursday for the $40 million, 155-room, 120,000 square foot hotel – the first of its kind at Dakota Dunes.

“It's a milestone. It's a step forward. It's a historic day for our community,” said Whitecap Dakota First Nation Chief Darcy Bear at the ribbon cutting.

The hotel also features a restaurant, lounge, fitness centre, rooftop pool and hot tub, and 10,000 square feet of meeting space. They also plan to add a spa in the coming years. “We worked very hard as a community to get where we are today, and without (the community's support), we wouldn't be here today,” said Chief Bear.

The hotel is more than 11 years in the making, from the conceptual phase to the opening of the doors. According to Chief Bear, the two-year construction created over 200 jobs, and once the hotel is fully operational, will create 150 jobs for the Whitecap and Saskatoon region. 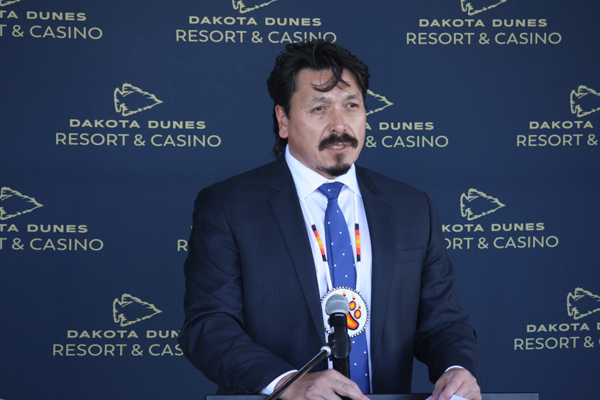 The hotel, which follows the world-class Dakota Dunes golf course opened in 2004, and the Dakota Dunes Casino opened in 2007, marks another opportunity for Indigenous people to develop infrastructure and economic activity, said Chief Bear.

“Sadly, for Indigenous businesses across the country, the Indian Act – the whole colonial legislation that didn't allow our people to be part of the economy – it put us on these small tracts of land called reservations to keep us out of sight and out of mind,” said Chief Bear. “Other Canadian citizens had the opportunity to build their infrastructure, their economies, jobs, hope, and opportunities. Well we as Indigenous people want to take our rightful place as part of the economy, and that's what we're doing here today,” he said.

Federation of Sovereign Indigenous Nations Chief Bobby Cameron also spoke on the opportunities created through the hotel. “This hotel is going to only enhance and bring more capacity in. With capacity, you bring revenue, with people walking through the door, you bring employment,” he said.

With COVID-19 restricting so much national and international tourism, Chief Bear said he hopes the hotel can serve as a 'staycation' destination for people in Saskatoon-vicinity. 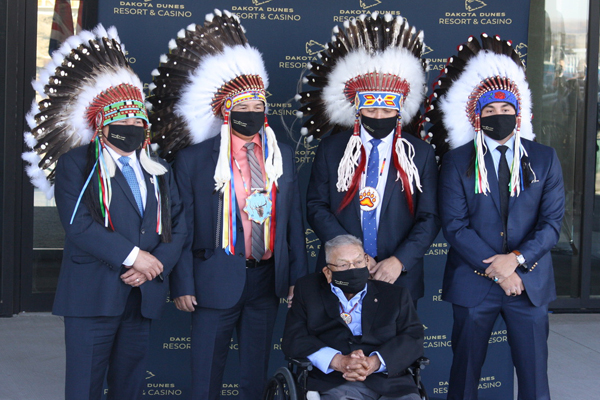 In prioritizing safety, the hotel likely won't be at full capacity until the end of the pandemic, and such will start with 60-70 employees, the restaurant only at fifty percent capacity, and meeting space limited to thirty people.

“We want to do our part to make sure all the guests are safe, our community is safe, and of course, all our employees are safe,” said Chief Bear.