Some Saskatoon high school students are giving the gift of language and culture this Christmas.

Along with their teacher, Belinda Daniels, a Cree language and culture class at Mount Royal Collegiate has undertaken a cultural revitalization project, and as part of it, they have created Christmas cards containing Cree stories.

The cards will be delivered to Aboriginal inmates at the Saskatoon Correctional Centre and possibly Kilburn Hall.

The inspiration for the project came from attending We Day in Saskatoon, followed by a two-day workshop about developing a project that would create change in their community. Since then, one of the students has also been offered a position as a We Day facilitator.

"A lot of things we do outside of the walls of the school are enhancement for these guys," notes Daniels, saying it helps her as a teacher, too. "I become very complacent when I'm inside four walls every day, every week, every month. If I'm bored, I know my students are going to be bored."

Daniels and the students came up with the idea and began collecting, listening to, and recording Cree stories, and then learning how to tell those stories by heart - a lesson in oral history.

"For the most part, each and every one of these students can tell a story by heart."

She says to push the project one step further to create change, and since Christmas was around the corner, "we thought, 'Why not send these to people who are incarcerated?'...where we can culturally revitalize our stories as Indigenous peoples, because they're origin stories, they're creation stories. They tell about how the world first began for us as nehiyaw people." 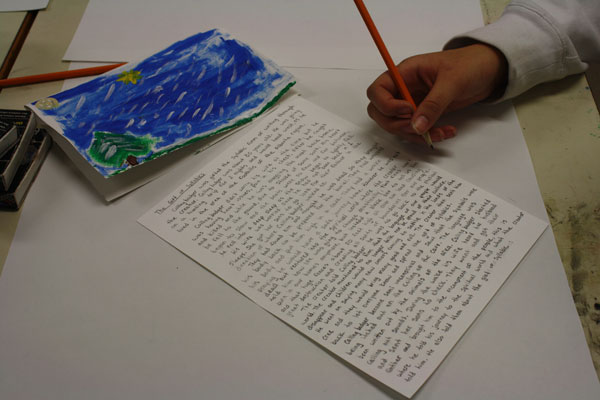 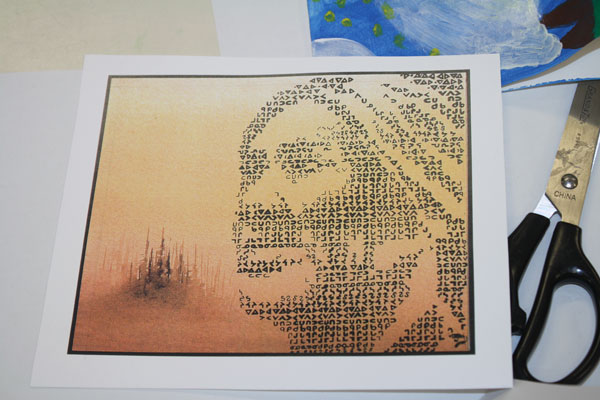 The front of the cards feature painted scenes and inside contain the stories, hand written or typed in English.

Sixteen-year-old Brandon Bedard chose the story about how the buffalo got his hump, which is from being unkind to birds - something he didn't know until he began this project.

He hopes sending cards to people who are incarcerated will help decolonize them and also cheer them up at a time of year when they may be missing their families.

The project is also important to him personally.

"I wasn't taught much when I was younger," explaining this is the first time he's really learned about his culture, including learning to speak Cree. "My dad used to know how to speak Cree, but he was forced into a boy home and forced to stop speaking his language, so I wanted to learn and help him."

Daniels hopes to eventually have all the students record their stories and feature them on the website to further share their cultural knowledge with other students.