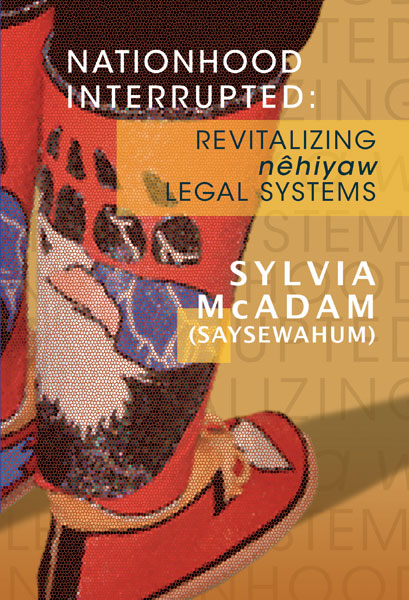 There is said to be a tie between how the land, and Indigenous women, are treated in this country right now. The relationship goes even deeper than colonial treatment, as nêhiyaw author Sylvia McAdam (Saysewahum) explores in her book, “Nationhood Interrupted: Revitalizing nêhiyaw Legal Systems.”

Sylvia, raised on the lands in the north, and Big River First Nation,  is an educator with degrees in law and human justice. More than that, she has an extensive knowledge of traditional teachings, language and protocol via her own family, and many Elders. Sylvia’s book, a lifetime of her own in the writing, but many countless lifetimes’ worth of knowledge and repository of wisdom and experience in the teachings, in part addresses how everyone in the territory called “Canada” needs to understand the treaties through the laws of the land which pre-date colonial law and co-occupation. In this process, First Nations will also find their way forward in restoration rather than continued colonization, for everyone’s mutual benefit: and women will regain their natural place in home, nation, governance, and negotiation table.

A tall order for any newly-released book: but there is already significant media response, and well-attended book launches underway. McNally Robinson ran out of chairs on March 5th, and March 11th will see the U of S Native Law Centre packed as well. Sylvia has been giving many interviews, with an upcoming column in the Globe & Mail. This latest endeavour on top of all her other work, including co-founding Idle No More, is not mere activism.

“I am defending and protecting the lands but I’m not an environmentalist - these are my homes. My people are buried out there. If someone broke into your home and you were defending yourself and your property, you wouldn’t be an activist,” she explains. “It’s a lifelong thing - from the time I was born until I go to my final resting place I will continue this work because it’s important that all women understand the role that we have and continue to have.” 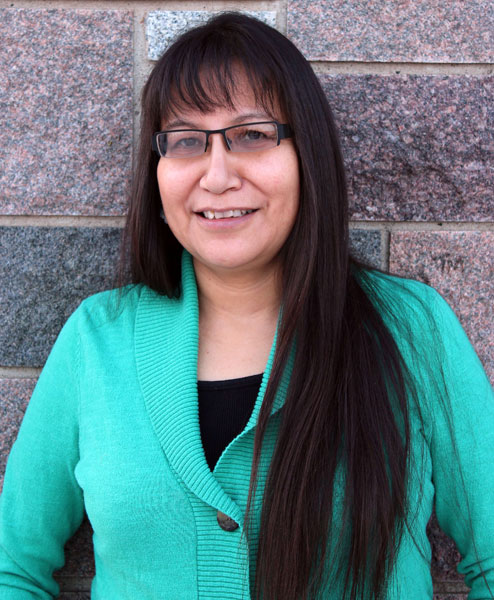 She is carrying on knowledge and language preserved in her family when her parents and grandparents were hidden away from the residential school experiences, and instead retained traditional language and ways. She notes that Elders said for years not to write these things down but are now saying it is necessary as languages are being lost. She also addresses okihcitâwiskwêwak (no equivalent English word) - warrior women/clan mothers/lawkeepers, powerfully knowledgeable women gifted to provide guidance and direction in law and order for their people. Women have jurisdiction over the land, air, and water, she explains, which has never been extinguished; so expecting total solutions from the colonizer to missing and murdered Indigenous women is an expectation unlikely to be fulfilled. The women from treaty lands prior to and during treaty maintain their authority and jurisdiction have never been extinguished - only over-shadowed by imposed structures like the Indian Act, and inequitable governance.

“We need to build capacity to be able to revitalize these inherent structures of leadership.”

As she rightly points out, it wasn’t Indian Act leadership that took treaty - women at the time of treaty were instrumental, integral, and essential to sovereignty which was never surrendered. And so part of the solution to ending colonial violence lies in revitalizing the jurisdiction and authority of Indigenous women in the spirit and intent of Treaty and Indigenous Sovereignty.