Team Saskatchewan once again struck double gold at the 2015 National Aboriginal Hockey Championships in Halifax, Nova Scotia on May 2.

Both the male and female teams defeated provincial rivals in medal round games on Saturday.

The tournament features elite level Bantam and Midget players from across Canada.

Saskatchewan also won gold in both the male and female divisions in last year’s NAHC tournament in Kahnawake, Quebec.

The male team edged out Team Alberta 4-3 in overtime for the gold on Saturday.

The teams were scoreless after one period of play before Saskatchewan’s Reed Gunville broke the ice with a power play goal in the second.

Alberta responded with a power play goal of its own before the period was out.

The teams again traded off a total of four goals in the third period with Drake Teer tallying for Saskatchewan on a power play and Lantz Hebert adding another.

Alberta had two even strength goals of its own to finish out the second before Saskatchewan won the game in overtime on a marker by Connor Navrot at 15:49. 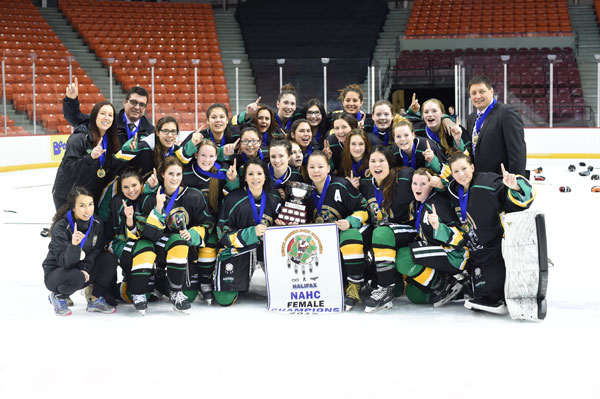 Saskatchewan had the lone goal in the first period with Hannah Koroll scoring.

They added another two markers in the second period with Taylor Gravelle scoring and Kiana Durocher tallying on a power play.

Ontario replied with a goal of its own before the period was out and added another in the third but it wasn’t enough.

Alberta and B.C. took silver and bronze respectively in the male side of the tournament.

On the female side, Ontario won the silver medal with Manitoba taking bronze.

Both the male and female teams lost to Team Manitoba in the round robin but came back to beat the same opponent in the semi-finals of the playoffs. 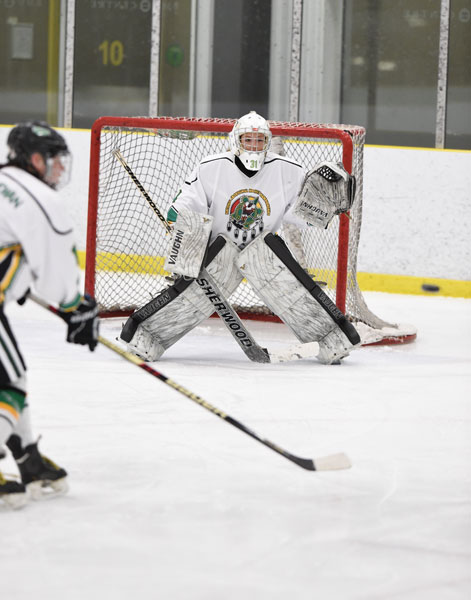 Saskatchewan female team head coach Lynn Regnier says it was just a matter of his team being more focused in the playoffs.

Saskatchewan’s Reed Gunville led all male skaters in points in the playoff round with four goals and six assists for a total of ten points over three games.

He was followed by teammate Drake Teer who had three goals and five assists for eight points.

Kiana Durocher and Delaney Ross of Saskatchewan led all female skaters in the playoff round with seven points each over three games.

The NAHC tournament has been in existence since 2002.