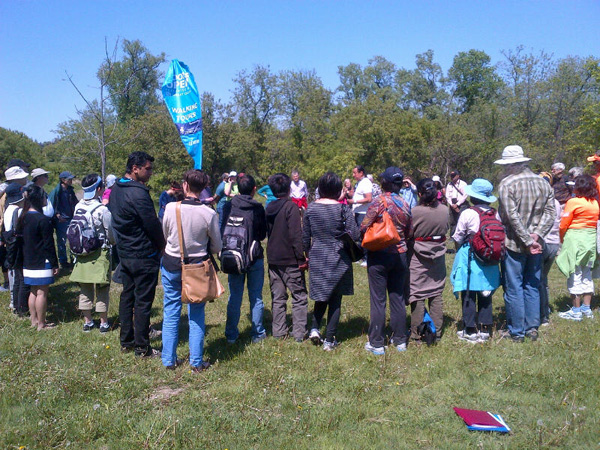 As part of National History Aboriginal month in Canada, many events are planned in every major city. This year in Toronto, a program called ‘First Story,’ within the Native Canadian Centre of Toronto, created a 84-kilometre tour in Toronto’s Pan Am path that connects the city from east to west.

The tour is very important especially after the Truth and Reconciliation Commission findings that rocked Canada with its conclusion that the Canadian government and its churches committed “cultural genocide” through Canada’s residential school system. There have been calls to unite and build healthier relationship between all Canadians.

Justice Murray Sinclair, chair of the Commission, noted that "Reconciliation is not an aboriginal problem — it is a Canadian problem. It involves all of us."

The tour will turn the Toronto lake shore into a living museum brimming with Aboriginal stories all told by First Nations community members. It will explore the history of the local Indigenous population, transportation and trade routes, Indigenous and contemporary names and relationship to water and land. Select bike tours will also focus on sports, arts, life ways, food, medicines, and the environment.

First Story’s Brian MacLean notes that part of reconciliation is to know Aboriginal and Canadian history.

“We really don’t know our history. We’ve grown up with a sanitized version. Injustices were sometimes brushed aside and we’re only now hearing about some of them,” says MacLean. “Toronto has an indigenous history that goes back 11,000 years so tours like this help us better understand Canada and Toronto’s story.”

First Story Toronto is a program that researches oral, archival and published knowledge of the 12,000 years of Toronto’s Indigenous heritage. NCCT’s goal is to build awareness of and pride in the long Aboriginal presence and contributions to the city.

The First Story tour is a part of the Pan Am Path Art Relay. Its vision is to combine the power of art and sports to create a living path across Toronto while also creating a meaningful legacy of the 2015 Pan Am and Parapan games.

First Story is looking to athletes that pioneered sport in the area to help tell the stories. One of them is Thomas Longboat, from the Grand River First Nations. Longboat placed second at the Boston Marathon in 1901, he also went on to compete in the London Olympics in 1908 as a distance runner. Longboat is just one of the names that tour participants will get to know.

“There are so many stories. We just keep turning over the soil and finding new things to talk about,” said MacLean.