Moe Morin is a freelance writer and photographer and the co-founder of Humans of Saskatoon. She photographs and interviews people and runs their stories on her highly popular Facebook page. She caught up to MLA Jennifer Campeau at the TRC Commemorations and interviewed her for Eagle Feather News. Jennifer went to Muskowekwan Indian Residential School for eight years - the same school attended by her mother and grandmother. Below are her unedited words. 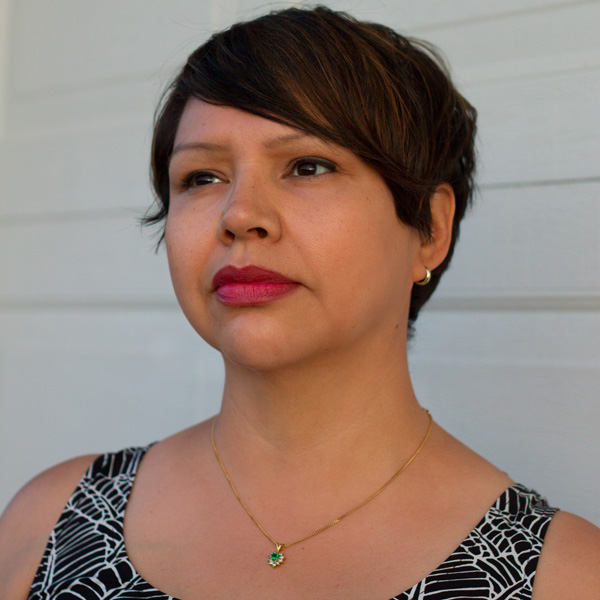 The most profound memory that I have and you hear a lot of student’s talk about when we first went to the schools, and definitely not knowing what was going to happen and being that young. I was only 7. Seeing this 4 door sedan pull up to the house, and my mom being very nervous and flitting around the house and she also had younger kids than us that weren’t old enough to go yet. Getting us ready, and not taking a suitcase or a bag but making sure we were clean. Telling us that someone was coming over, trying to prepare us but not telling us where we were going, and having this man we didn’t know come up to our door.

My two brothers and I were ready…we were all kinda just looking at one another but she still was not telling us where we were going only that we needed to go with this man. After being in the car for three hours, pulling up to this really long road that was probably a kilometre long from the main road to the school and seeing this big, red, brick structure and then going in.

The kids were still in school when we arrived, and the child care worker’s coming to talk to us, being assigned a number and basically getting us checked in but still really not knowing what was going on. Being separated from my brother’s, (and there were other things during my eight years that had gone on), but being separated into different categories of age groups and not knowing where they were going and being inside this cold school.

You’re 7 years old, and you don’t know anything about folding clothes but you’re getting yelled at…realizing that you aren’t going to see your mother that night, and that you’re not going home. I would sneak over to the boy’s side to try and see my brother’s and I would get into trouble. Obviously they had certain punishments and being that young and trying to understand but not being prepared for that, or being thrown into a room with 30 other girls ranging from six to thirteen years is a huge age difference. The supervisor’s couldn’t be there at every moment. We also have to look at being institutionalized, being conditioned to be institutionalized, and trying to come out of that trying to function in a normal school which was a huge cultural shock…attempting to adapt to normal life after having to be at mass every morning at 7am for years.

There have been a lot of things I’ve had to bury deep down inside in order for me to function and what people perceive as a functioning adult and parent. After the Truth and Reconciliation last week, there are some things that came back to me that I completely forgot and blocked out. I’m driving home, having these memories flood back, trying to explain this to my fiancé and he doesn’t really understand; being afraid to delve into memories, and what those memories will do to me if I was to explore that to fully heal.

Click here for more on the Truth and Reconciliation Commission.