Sport of lacrosse unites a community 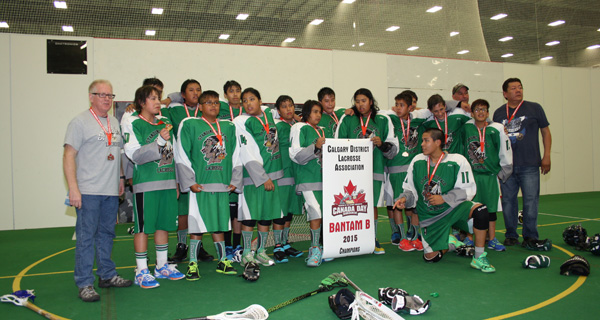 A lot of money and time goes into sports, but the rewards are always so much greater for the families and the communities that invest in a certain sport.

The Standing Buffalo community was introduced to the sport of Lacrosse by teacher Russ Matthews seven years ago, and since then, has reaped the benefits both on and off the field.

Now this year they have three teams: the Pee Wee, Novice and Bantam that have been competing in the Queen City Minor Box Lacrosse (QCMBL) League for a few years now. The Bantam team has been together for six years since they were in their Novice years.

They have never had a corporate sponsor since Matthews started the program. The parents have had fundraisers and the Chief and Council have invested the bands money into the team.

“Were looking for a corporate sponsor to come in and help us. We always say we won the biggest lacrosse tournament in the world that’s been around for 39 years. We do not have a box or hockey ring in Standing Buffalo, and for us to have all that success practising in the gym or outside, we would like to get a corporate sponsor to build a box in Standing Buffalo,” said Matthews.

This year they have been blessed as 65 residential school survivors from the community had contributed their Residential School Education program credits, which was $3,000 from each survivor.

“The honourable thing in it was that there were many programs where the survivors could have gotten the money right back into their own pockets but these 65 people awarded their credits to the lacrosse program, knowing that the children were going to get the benefit,” said Matthews.

Not only have they invested money into the children in their community, these selfless survivors also volunteer their time coaching, taking turns driving, cooking pre-game meals for the children and so many other ways.

The residential school survivors have been a motivating force for the team and had made the program a success.

Rosabelle Goodwill is one of the survivors who donated their credits to the lacrosse team. She is the eldest of the group and also the lacrosse team elder, and she smudges and prays for the team on their travels and games.

“I saw a lot of changes in the community, people are talking more, getting along better, have things going on and having our community participate in it, so I think it’s ok. I see changes,” said Goodwill. 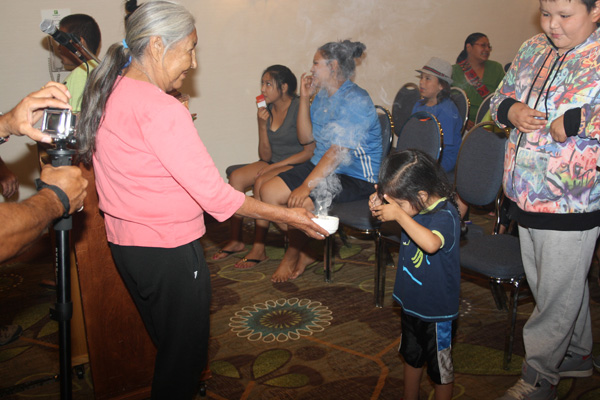 Matthews said there were 102 teams at the tournament and they were the only First Nations team in which the survivors group paid for everything that involved the Lacrosse team.

The Pee wee and Novice did not make the medal standings, but the Bantam team went all the way and won gold in their division. The Canada day Lacrosse tournament was held in Calgary on July 3-5. 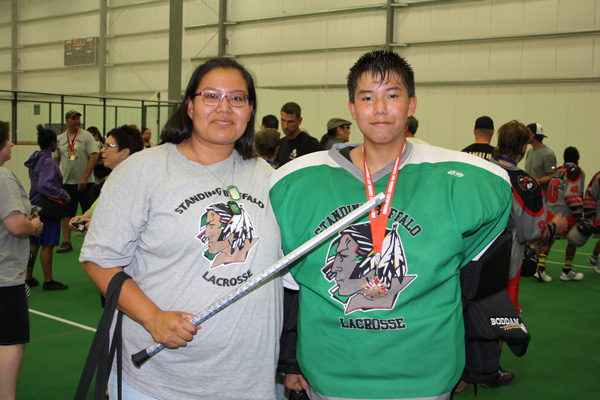 On August 7-9 the community of Standing Buffalo will host a pow wow in honour of their residential school survivors and the lacrosse team.

It is the hope that players from the lacrosse team will make it into American colleges on scholarship; they have had long term plans for the future of the children who participate in the sport.