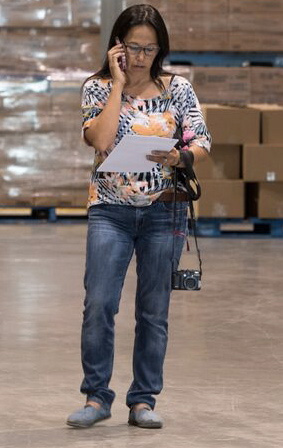 Saskatchewan’s Aboriginal communities are still grappling with the aftermath of one of the worst forest fire seasons in the province’s history.

Forest fires raged out of control in northern Saskatchewan from roughly late June to late July resulting in the evacuation of communities with as many as 13,000 people – the large majority Indigenous – displaced from their homes for several weeks.

The crisis went far beyond what the provincial government could handle and the Canadian Forces had to be called in for assistance.

Damage to the surrounding area in a number of Aboriginal communities in the North is extensive.

Although all evacuees have been back home in their communities for a few weeks, it will be quite some time before they have fully readjusted.

The Lac La Ronge Indian Band was one of the First Nations worst hit by the wildfires as about 7,000 people in the surrounding area had to leave their homes.

Chief Tammy Cook-Searson says never before has the La Ronge band had to deal with such an extensive crisis situation caused by the forest fires.

“This is the first time we have had all our communities evacuated either by direct threat of fire, because we had Sucker River, Grandmother’s Bay, Hall Lake, Sikichew Lake and Clam Lake Bridge and La Ronge that were in direct threat of fire,” she says. “We also evacuated Stanley Mission and Little Red (River) because of smoke – so all of our communities were impacted.”

She also says although people are certainly happy to be back in their communities after being displaced from their homes for weeks on end, the readjustment process is ongoing.

“I think it’s pretty hard on people. It’s such a long time for people to be evacuated. You think it’s just going to be a few days, then it turned into a week and then two, and three…”

Cook-Searson says she thinks it will be necessary to conduct some sort of public review in order to determine what worked and what didn’t in terms of how various agencies dealt with the forest fires.

However, she has said more funding is needed to provide First Nations people with training and equipment to fight forest fires at the local level before they rage out of control.

Because of the extended crisis situation this year’s wildfires produced, a number of agencies, organizations and volunteers rose to the challenge of assisting evacuees both during and after the evacuations.

One such organization is the Beardy’s and Okemasis First Nation which set up the Rez-Cross shelter in July.

The Beardy’s band shelter was run out of the local rink and provided food, clothing and accommodation to as many as 500 people from La Ronge, Grandmother’s Bay and Hall Lake over the course of the evacuations.

The shelter, which also provided a number of traditional and recreational activities, was completely community financed with the help of some corporate donations.

“We like to say it was Indians helping Indians,” band councillor Kevin Seesequasis says. “It doesn’t get better than the Indian way so the mentality and philosophy we approached everything that we did – whether it was cooking, cultural programming, recreational activities or the type of care First Nations people know how to give.”

Seesequasis adds knowing the evacuees were already under a high level of stress being separated from their communities and families, at Rez-Cross they tried to provide a more unstructured environment than might be found in some of the other shelters such as those run by the Red Cross.

Shelter residents were more or less allowed to eat, sleep, wake up and come and go as they pleased.

“That’s what we were able to provide. That understanding that people need to come and go as they pleased. These are adults we were primarily dealing with and people don’t want to be restricted, especially coming through that much trauma. They don’t need more rigidity; they need to feel some sort of normalcy. So we tried to make it as relaxed as possible.”

One of the provincial companies that stepped up to help the evacuees is the Potash Corporation of Saskatchewan.

So far, Potash Corp has invested $100,000 to assist evacuees with their ongoing needs.

Company spokesperson Randy Burton says although Potash Corp does not have company operations in any of the communities affected by the fires, they felt it was important to get involved and help because of the extent of the crisis.

“We felt touched by the need,” he says. “We get forest fires in this province every year but the scale of the devastation on this was much higher than we’ve seen in years. In, particular, the number of communities and the number of people who were forced to evacuate I think is unprecedented in Saskatchewan. So, we saw in our own community here (Saskatoon) thousands of people in the soccer centres and other facilities having a tough time and we thought, ‘you know, we can help at least by easing their transition back home.’”

Of the money invested, $50,000 was put toward the food needs of the returning evacuees.

As part of this effort, Potash Corp partnered with Kitsaki Management out of La Ronge which put in another $50,000 and in the last two weeks of July Kitsaki-owned Northern Resource Trucking delivered 5,000 food hampers to 20 different communities in northern Saskatchewan affected by the wildfires.

“In some cases, such as Pinehouse, the power was out for more than a week so obviously people’s freezers and fridges are out of action and people would be facing a mess with that when they got home,” Burton says.

He pegs the actual cost of the food hampers at close to $250,000 so fundraising efforts are ongoing.

Jim Waldrum is a professor at the University of Saskatchewan who teaches in the departments of psychology and archaeology and anthropology.

Waldrum teaches a course on the anthropology of disaster and population dislocation and in 2013 he conducted research on how an evacuation due to wildfires affected members of the Hatchet Lake First Nation.