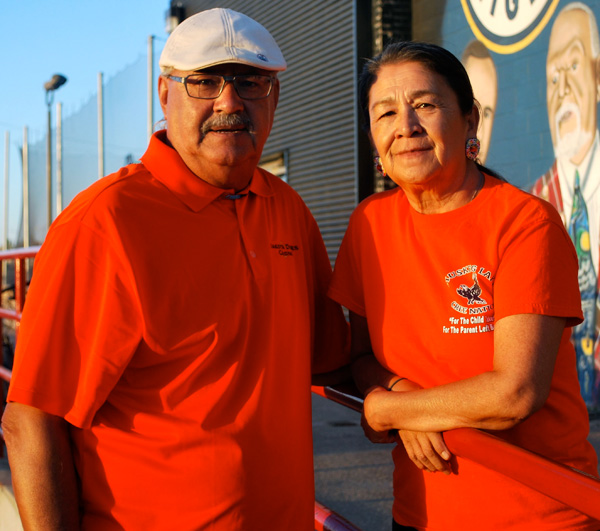 In just a few weeks, 18 participants from Saskatchewan will travel to Brazil for the first World Indigenous Games.

The troupe is made up of six singers and 12 dancers who will be part of a contingent of 50 making up Team Canada.

The first responsibility of the troupe is to showcase Saskatchewan’s unique Indigenous culture.

They are then free to participate in various events, which are a mix of Aboriginal and Western sports including trunk racing, wrestling, canoeing and archery.

Team Canada will be part of a group 2,000 athletes from 30 different countries from all over the world.

Aside from Canada, some of the other countries traveling to Brazil for the games include the Philippines, Russia, Australia and Japan.

Lorna Arcand is the troupe coordinator for Saskatchewan.

She says the games take care of the cost of food and accommodation for the athletes but they must cover all other expenses out of pocket.

The athletes have already come up with $2,000 each and now need to raise about another $1,300 per person before the games.

In order to come up with the remaining funds, various group fundraising events are being held including a steak night, which took place at Sports on Tap in Saskatoon on September 30.

“The participants have all paid two-thirds of the trip themselves and the remaining is incidental costs,” Arcand says. “We have a couple of days in Sao Paulo and we’re hopefully going to offset those costs for them because they’ve gone through quite a long journey of fundraising and I think this will really help them out to have a positive experience.”

She adds the focus of the event is on culture rather than athletic competition.

“It’s a celebration, there are no winners or losers at the World Indigenous Games. Everyone will receive a medal that attends the games. It’s not about winning or losing in the Indigenous community. It’s about the participation and the sharing of culture.”

Deanna Ledoux is one of the Saskatchewan dancers who will be making the Brazil trip.

A member of the Muskeg Lake Cree Nation, she will be displaying women’s traditional northern dance.

Ledoux says she is really looking forward to the broad cultural exchange that will be possible at such an international event.

“I’ve been all around the world to most of the continents but I haven’t been able to engage with a lot of the local Indigenous peoples,” she says. “It’s like having one big giant reserve for the 10 days that we’re there. Indigenous people from all over the world are going to be in one space.”

The World Indigenous Games take place in Palmas, Brazil from October 23 to November 1.