Moe Morin is a freelance writer and photographer and the co-founder of Humans of Saskatoon. She photographs and interviews people and run their stories on her highly popular Facebook page. This month she talked to educator Chris Scribe, Director of ITEP at the U of S about First Nations education. Below are his unedited words. 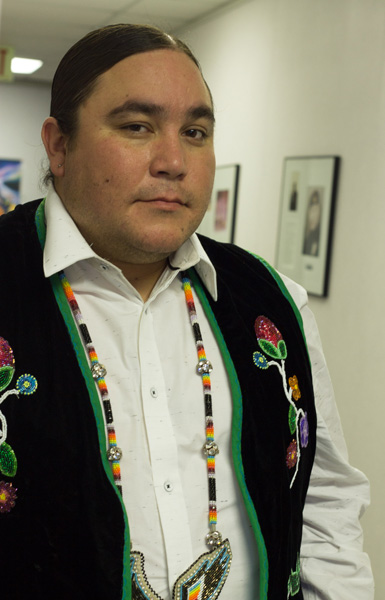 One of the most important things in Indigenous Education to look at is our history, and the realities of what the education system is in regards to Indigenous people, and more specifically First Nation people. The education system that we know of as Western Education that exists was never built for Indigenous students to succeed. It was built for our assimilation, our colonization, it was built to "kill the Indian in the child" and that was the purpose and intent.

They didn't build universities with the idea that Indigenous people would be there, it wasn't a place of inclusion for us, and it was built for non-Indigenous people and mirrored in that image for them to succeed. When we talk about Indigenous Education, we can't talk about anything unless we discuss and understand what happened in 1972 in response to Trudeau's "White Paper".

We come to the schools, and we deliver a system thinking the perfect example of what a school should be is in the town located ten minutes away; a provincial school which actually fails Indian kids at seventy percent so it's important to understand what Indian Control of Indian Education means and is - it's the fight to have identity, culture, language and traditions (relevant to the community that you're teaching in), and have that be the heart and soul of your school. Make this first and foremost.

We tend to have a colonial education system as a foundation and we try to sprinkle language, culture and traditions and make it fit into that and it's impossible. It doesn't work, and the numbers prove it, our children are failing in our schools and moving into the prisons. Our people are filling the jails, and this needs to change. We know how to make our children succeed, we know what they need, and the reality is, we're never going back to living off the land. We live in this world, and have to know this world but it shouldn't be at the expense of who we are as Indigenous people.

When I started my professional path, I made a promise and a vow to my late grandfather who was a hunter, fisherman and trapper in northern Manitoba. He only had a grade six Industrial School education but this man was a PhD level biologist, astronomy teacher, environmentalist, and ecologist. He understood everything there was about the land.

He came into Manitoba schools worked for the Native Education Branch of Manitoba, National Indian Brotherhood, sharing indigenous knowledge through stories, model kits of trap lines, and used numerous other tools that he acquired from his indigenous education growing up. My grandfather passed away when I was three years old, and I never had the opportunity to sit down to speak to him about education, or have insight into his world view.

He will one day greet me when my time ends here, and what I want to say to him "Mooshum, I did everything I could for our children to succeed. I did everything I could for Indigenous Education to be important." I want to say that to him, and that means including true Indigenous Knowledge as the base of everything we do. If I continue on, and do the same thing we've been doing all this time in education, I can't have that conversation with my grandfather.