There are mixed feelings among Saskatchewan Liberals and New Democrats after one of the most exciting federal election campaigns in recent memory.

Justin Trudeau and the Liberals won a smashing 184-seat majority government in the Monday October 19 election ending ten years of Conservative rule in Ottawa under Stephen Harper. What is most amazing about the Liberal win is the party started in third place in the polls when the lengthy election campaign began back in early August. The Liberals also won the most seats in B.C., Manitoba, Ontario and Quebec. Aside from this, the party won every single seat in the four Maritime provinces and picked up both available seats in the Yukon and North West Territories.

Nevertheless, Saskatchewan is one of two provinces where the red tide seemed to crest. If you take long time Regina MP Ralph Goodale - who was handily re-elected in his riding - out of the equation, the Liberals were on the losing end in a few tough battles in other seats across the province. This includes high profile Liberal Indigenous candidates Lawrence Joseph and Lisa Abbott who both lost out to the NDP in close races.

Joseph, a former chief of the Federation of Saskatchewan Indian Nations, was defeated by NDP Aboriginal candidate Georgina Jolibois by a mere 70 votes in the northern riding of Desnethe-Missinippi-Churchill River.

Abbott, a human rights lawyer, lost out to NDP candidate Sheri Benson in Saskatoon-West. Abbott says she is ecstatic about the possibilities that lie ahead for Justin Trudeau and the new Liberal majority government in Ottawa while taking her own personal loss in stride. She acknowledges Liberals in Saskatchewan, at both the federal and provincial levels, face historical challenges but at the same time is pleased that her campaign took a very respectable 25 per cent of the vote in the riding indicating there is room for growth. 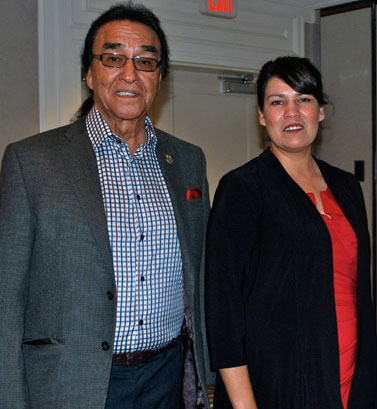 “In Saskatchewan, it’s always been a little bit of a different kind of politics, this is the birthplace of the NDP,” Abbott says. “I think that a lot of the strategic voters, from previous showings – the 2011 election – my riding only had 3.7 per cent (Liberal) of the vote. So I think a lot of people weren’t aware of how strong and how much we were pulling the support right across the riding, not solely with Aboriginal people.”

Of the three main parties, the NDP was the biggest loser in the 2015 election. At the beginning of the campaign, the party and Leader Thomas Mulcair sat atop the polls and looked like they had a good shot at forming the first national NDP government in Canada’s history. However, in the end, the NDP was reduced to a distant third place and lost both Official Opposition status and a total of 51 seats.

Georgina Jolibois, who is the long time mayor of the northern community of La Loche, says she has no idea why the NDP fared so poorly on the national scale but her focus is now on holding the new government to account in Ottawa. “The Liberals already have an extensive Aboriginal platform and certainly as a First Nations candidate, and from northern Saskatchewan, I will be alert and aware of some of the things the Liberals will be pushing through.” 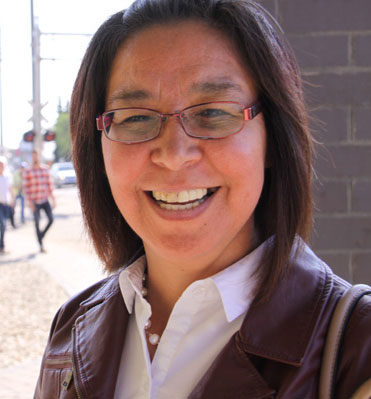 Aside from Desnethe-Missinippi-Churchill River and Saskatoon-West, the NDP also took the Regina-Lewvan riding. 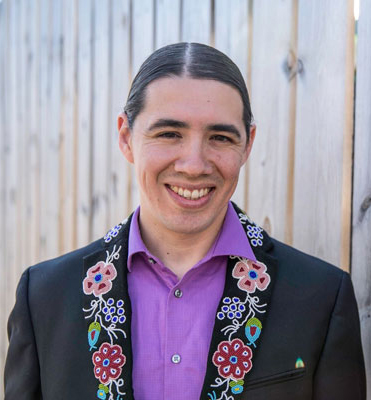 Liberal candidate Robert-Falcon Ouellette wins in Winnipeg Centre
At 10, the highest number of Indigenous MPs in Canada’s history were also elected to the House of Commons.