Opinion: Trudeau must keep his promise to end boil water advisories on reserves 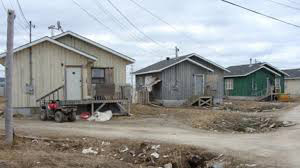 A United Nations study published in 2009 found that First Nations' reserves were 90 times more likely to be without safe drinking water than non-First Nation households. A 2011 study identified 28 per cent of water systems on Canadian reserves to be under a boil-water advisory.

However, there is a way to bring quality water to many reserves. In a recent article, published in the Journal of Water Resources and Economics, we provide empirical evidence that First Nations that partner with nearby municipalities to supply their drinking water are less likely to have a boil water advisory.

Our research finds that First Nations' reserves take advantage of trade in water and sewer services just like many other municipalities do throughout Canada. For example, the York Region contracts with Toronto for drinking water. And the City of Guelph provides sewer services for the Village of Rockwood. In both cases, municipalities voluntarily entered into these agreements and mutually benefit from the partnership.

While it may not be feasible for many First Nations to enter into water servicing agreements with municipalities due to their remote locations, those First Nations that have entered into these agreements appear to benefit.

While not all First Nations that could enter into water servicing contracts will want to, barriers to this option can be diminished.

But it need not remain this way, and efforts are being made to improve these relationships.

For example, with funding from Aboriginal Affairs and Northern Development Canada, the Canadian Federation of Municipalities runs the First Nation-Municipal Infrastructure Partnership Program. The program helps to facilitate water servicing agreements between First Nations and municipalities. It provides workshops and other resources - such as agreement templates and case studies - to reduce costs.

Building trust and providing high-quality water services between municipalities and First Nations requires investments in physical and social infrastructure. We can all help by communicating and learning more about each other.