Keynote speaker Michelle Audette, president of the Native Women's Association of Canada (NWAC), brought greetings and admiration for the group, noting that SAWCC was a leader and shining example of providing positive and empowering action, and in celebrating individuals such as organizer and now past-president and advisor, Judy Hughes. Audette also spoke passionately of a vision to end violence and poverty in the face of colonialism and an adversarial government.

"More than 20,000 people have said to Stephen Harper we must have an inquiry into missing women, and take action," noted Audette, urging everyone to sign the petition which will be presented by MP Carolyn Bennett in mid-February.

NWAC continues to advocate for the missing and murdered, and to work proactively to prevent further violence. NWAC's "Faceless Dolls" exhibit aims to honour those gone, comfort those left behind, and educate those who are unaware of the disproportionate number of missing and murdered Aboriginal women across the country. To continue to work proactively, NWAC has also just launched a woman's network of Aboriginal entrepreneurs, offering mentorship, independence, and stability to counter the socio-economic and political circumstances which leave so many women vulnerable. 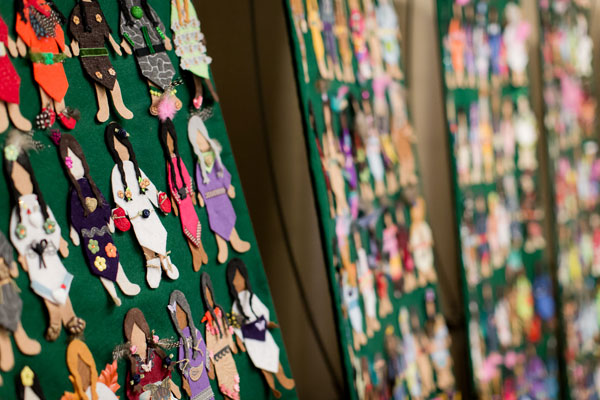 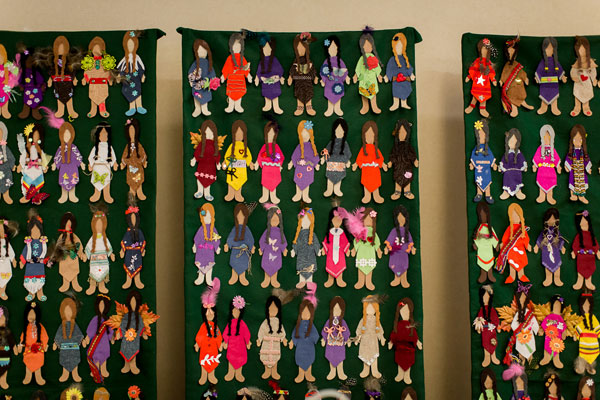 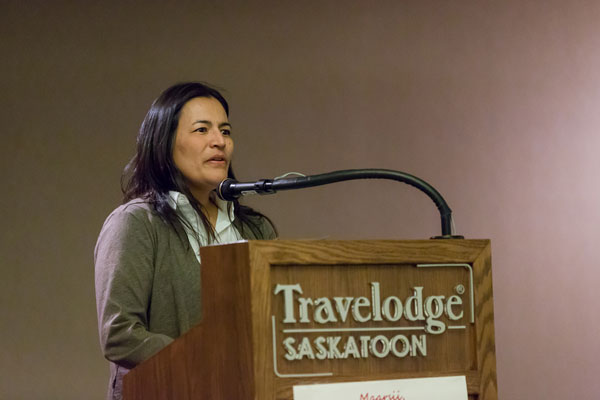 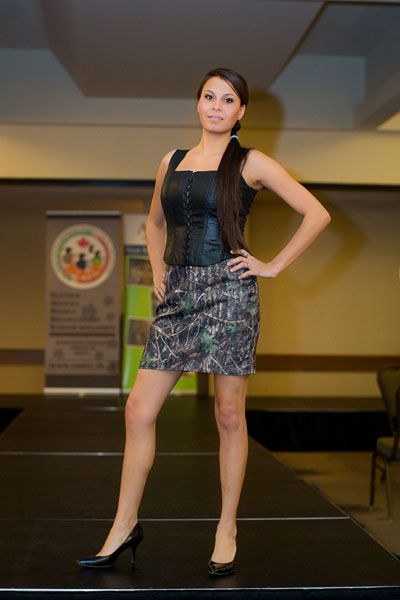 The two-day SAWCC conference ended with a "Faceless Dolls" workshop in which participants created their own contributions to the exhibit, but overall the two days focused on individual stories and panels from entrepreneurs such as Heather Abbey, creator of the new online website www.shopindigenous.ca; BrandyLee Maxie, fitness consultant; and clothing designers of the brand new "4U Fashions" who staged a half hour fashion show at the banquet.

In the two days of panels, struggles along with success were shared, and attendees commented that they felt inspired. Everyone worked together in small group discussions and interacted with the panels to provide action plans and highlight barriers, to continue to move the work forward. Professionals from agencies who deal with consulting, business plans, and funding such as Clarence Campeau Development Fund, Saskatchewan Aboriginal Equity Foundation, and Aboriginal Skills & Employment Training Strategy (ASETS) presented information, offered tips, and debunked myths, while employers such as the City of Regina, PotashCorp, and First Nations Bank presented employment opportunities and tips, via Aboriginal employees and industry leaders like Leanne Bellegarde.

Funding for the conference was partially provided by provincial ministries, with corporate backing from Affinity Credit Union to bring in Michelle Audette from her homebase in Sept-Isles, Quebec. One of Audette's key points was about the emphasis often put on education.

"Education is important, but for me, self-esteem was the key," said Audette, noting that her Innu identity and the pride she feels in it is what each woman most needs to succeed, along with a safe and supportive community and positive opportunities. The two-day gathering provided a welcoming and inclusive space for Aboriginal women to share, learn, and network.