A Two Spirit Pride Festival hosted by Beardy’s & Okemasis makes the First Nation the first reserve in Saskatchewan to put together such a memorable event. The crowd was praised for “coming out” to the beautiful celebration. Out Saskatoon and Trans Sask. also showed their support by making an appearance with floats and enthusiasm. The Willow Cree Health Services also purchased food, and contributed their day to make it great for everyone there. 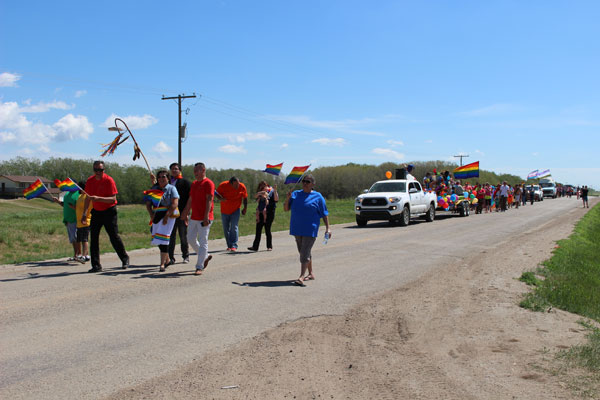 Brighter Futures Co-ordinator at Willow Cree Health, Hal Cameron explained the beauty in having a pride festival in a First Nations reserve, a smaller community where the people can gain more confidence to step out and be accepting of who they really are.

“Maybe we started a new event where other First Nations can follow us and do this kind of event in their communities to help their members who are battling with this. To get more First Nations to get behind with what we did,” said Cameron.

Cameron felt the positivity in how the community is helping people feel comfortable in their own skin and felt confident enough to come out the day of the festival or afterward, he was proud of the amount of people that showed up and supported the event.

The festival had its own royalty as Beardy’s & Okemasis member, Giselle Gotti-Chanel who holds the lifetime title of Miss Gay Ottawa. Chanel describes her emotions as a young person living in her reserve and her return with her title, she was treated like true royalty and enjoyed her day at her home fire. Chanel sat on the float created by the Willow Cree Health Services, followed by the rest of the Health Services team members and community supporters. 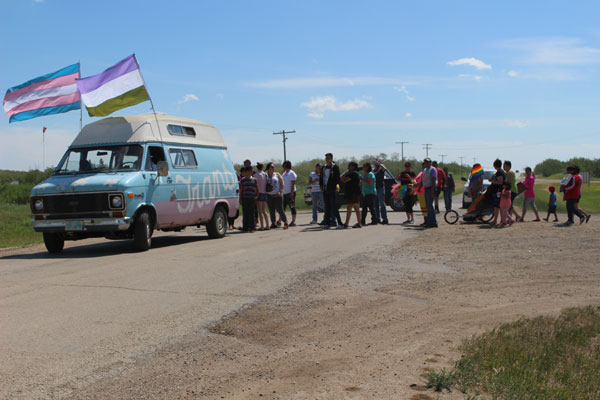 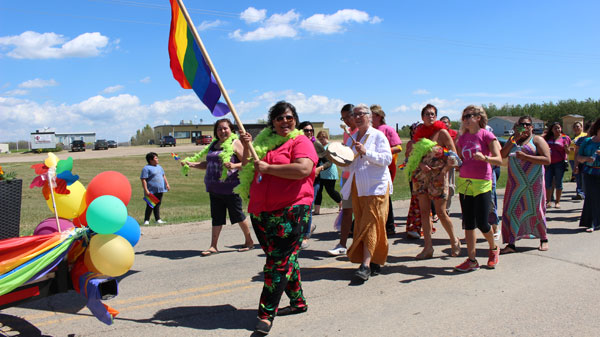 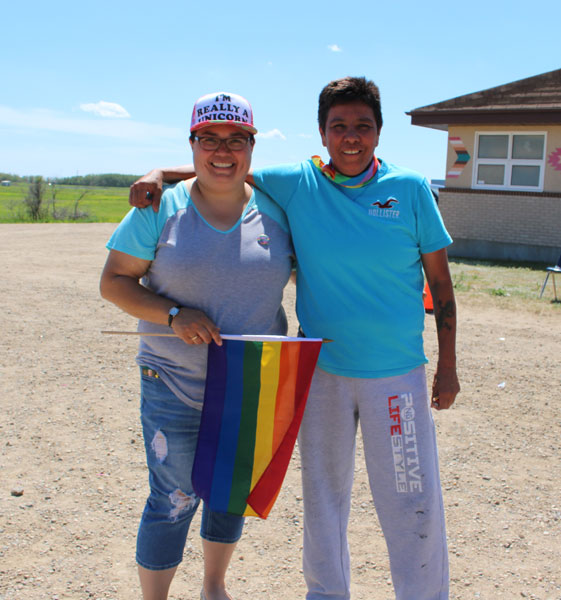 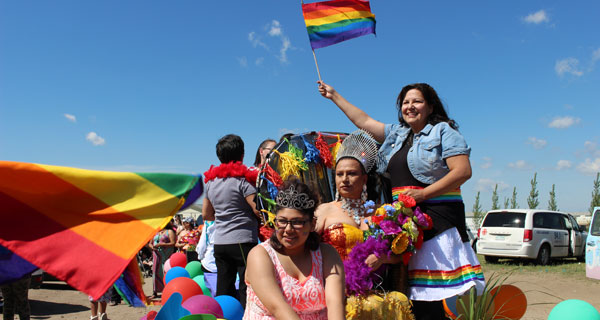 Two spirited people are considered helpers of the community to their people. Organizer and a member of the Council Kevin Seesequasis explains, “two spirits were commonly in our community and have traditionally been the helpers…the gifted ones, and to see that spirit on display helping our community to understand… to learn about what it is like to be LGBTQ or to be two spirited.”

The difference with two spirited people and the Lesbian/Gay/Bisexual/Transgender/Questioning (LGBTQ) community is the worldview. Traditionally they have always been around it is not anything new, everyone has their own personal views of themselves as some are simply considered happy.

Kevin Seesequasis expressed his gratitude to his home community that supported and offered the help of the parade with no challenges, although there is still progress to be done, the acceptance and embracement is heartwarming to Seesequasis as he is a member of the LGBTQ community.

“We’re all different…and unique. And that’s what is similar about all of us is we’re all unique.  We have to celebrate that uniqueness…that diversity, we have to accept it. Everybody is different in their own way and that’s one of the common things that we share,” said Seesequasis.