Bella Arcand hit the airwaves earlier this month to share her remarkable story as well as a whopping $1,400 donation for the Children's Hospital of Saskatchewan. Bella took part in the 12th Annual Children's Hospital Radiothon and was interviewed on 600 CJWW, 98 Cool FM and 92.9 The Bull in Saskatoon. You may remember Bella from a story we did last year. Bella was diagnosed with Rasmussen's Encephalitis (RE), a rare brain disease that caused her to have seizures dozens of times daily.

No one knows what causes it. Standard anti-seizure medicines and treatments don't work. So the only known "cure" is radical surgery called a hemispherectomy. There were no resources in Saskatchewan for this operation, nor a children's hospital so Bella and her family had to go to Edmonton where she had a 10-hour brain surgery on January 30, 2013. They then had to stay five more months as she rehabilitated.

Bella was invited down to the radiothon one year later to share her story on the airwaves. She raised funds at her school and through her family and they raised $1,400. She also charmed the radio hosts that interviewed her and she told her story.

Her mom, Bev Lafond, helped with the on air interview and is a big proponent of a children's hospital in this area. She knows the hardship well.

"The travel to Edmonton was so hard. It was a great facility, but that is not as important as having family there," said Bev. "I was fortunate my family could travel and help. I know one woman whose child had the same thing and had to go to Montreal. I couldn't imagine." 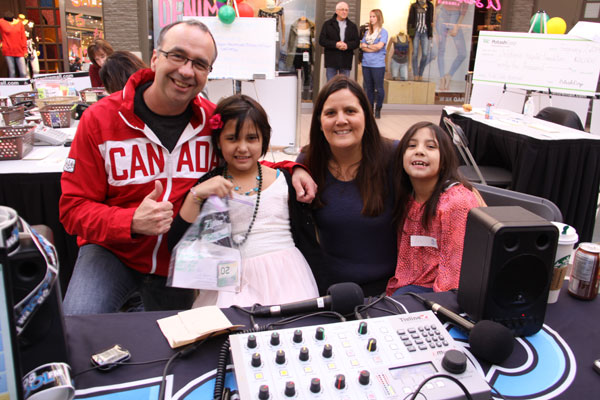 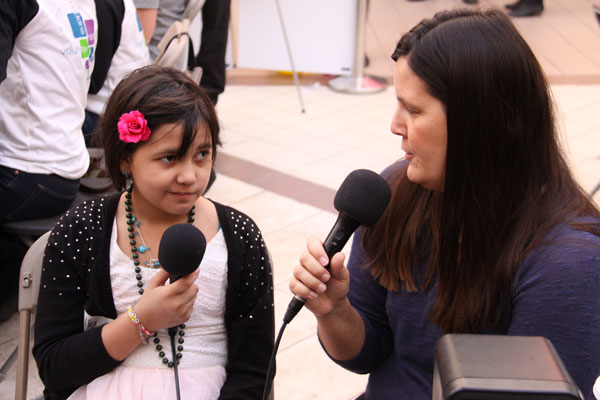 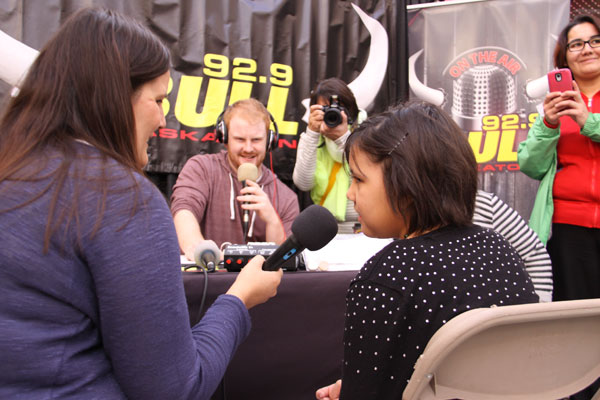 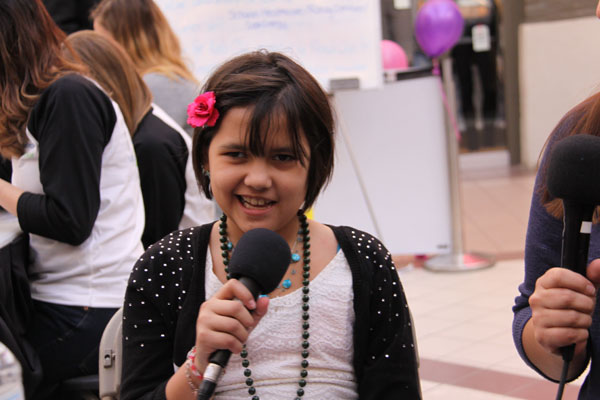 Bella has a razor-sharp wit and great sense of humour that belies the fact she is still having seizures.

"Bella is doing really well despite the seizures returning. They are about 6-10 each day, short in duration," said Bev. "We are still looking at next steps. It could be another surgery, it could be that we are just going to leave it and see how things progress."

Sister Ava is glad to have Bella back to play with and tease. And she doesn't have to worry anymore about her electronics running out of charge during the long drive to Edmonton and she doesn't want other kids to have to travel either.

Bella, who turns nine in March, was determined to raise money for the hospital.

"It felt good to donate and I want to help kids and their families," she said after her tour of the airwaves. "I really missed my sister: she's a brat, I just ignore her. We can do lots of things, like build a hospital and put some fun things in there for the kids."