Saskatchewan residents are sending a message of solidarity in the wake of the deadly shooting in an Orlanda nightclub last week. 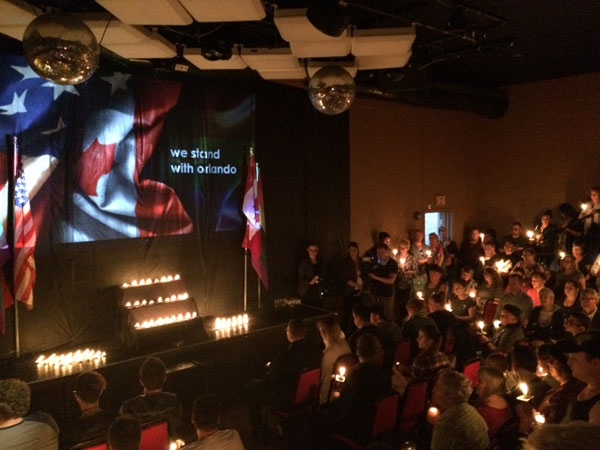 Q Nightclub and Lounge hosted candlelight vigil for the victims and families of the massive shooting in Orlando, Florida. Communities that lifted their flags, such as Beardy’s & Okemasis First Nation, have lowered it half-mast in respect to the victims of this national tragedy.

Members of local groups such as the Gay/Lesbian Community of Regina (GLCR), UR Pride and Queen City Pride put together this vigil within four hours to show their support. Board of Directors of GLCR, Mitchell Van Sters, was one of the few people that put together this event. As anyone else he was in shock of the situation,

“I did have my moment where I cried quietly, but it’s important for me to stay level headed and with a strong resolve so that we can put on functions like this and so that everybody else has an opportunity to grieve and come together because if we all fell apart, we would never move forward,” said Van Sters.

The amount of people that were a part of the candlelight vigil was tremendous - the organizers did not expect this number on such short notice.

“I’ve never seen this many people in this space before and I’ve been coming here for well over a decade,” said Lisa Phillipson, Board of Directors for UR Pride and Queen City Pride. 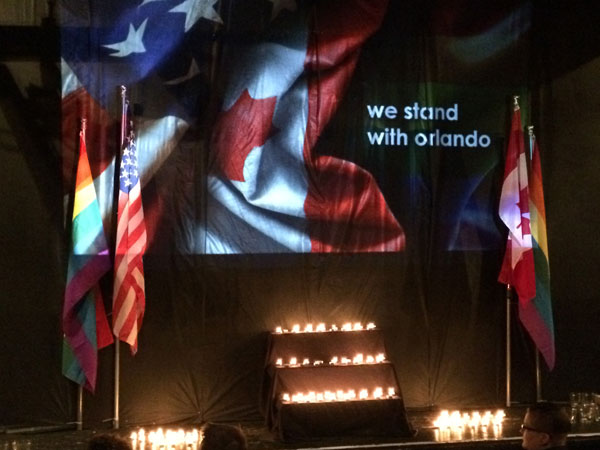 Pride Week in Regina is June 20 to 26 and arrangements for the flag to be raised half-mast are still underway. The tragedy makes history but the pride of the LGBTQ strives for equality and love.