The City of Saskatoon will host 1,000 people from around the world for the 2016 World Indigenous Business Forum in August.

Already signed up are attendees from Turkey, Norway, Chile, Australia, Guatemala, Morocco, New Zealand, and of course, Canada and the United States.

“What am I excited for? Seeing all these Indigenous people from all of those countries under one roof,” said Milton Tootoosis, chair of the WIBF 2016 planning committee. 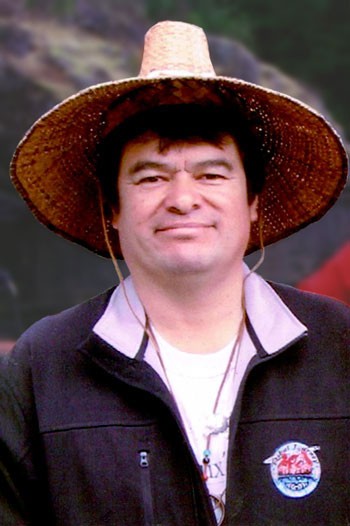 He doesn’t stop there.

“I’m excited to learn about New Zealand and the Maori and how they conduct business,” he said.

“I look forward to hearing about the Sami people.”

He listed three or four others before coming to back to the Indigenous delegation coming from New Zealand.

“They have put their culture and language as the number one building blocks,” Tootoosis said.

They have proven you can participate in the western economic system, without giving up identity, he said they are, “fiercely proud and protective of Indigenous culture, but also move forward to create an economic livelihood.”

There is more than a month before the event that runs Aug. 23 – 25, but already 800 people are confirmed.

Tootoosis suggests people go online and sign up to avoid missing the opportunity to hear from Indigenous business leaders from around the world.

Some of the highlights he mentions include Ernesto Sirolli, who will talk about how all development is Indigenous and how Indigenous economies need to be allowed to flourish without outsider involvement.

Ivan Makil, from Arizona, was elected as a three-time president of Salt River Pima-Maricopa Indian Community, which is a nationally recognized model for successful business enterprises, land use planning and economic development. 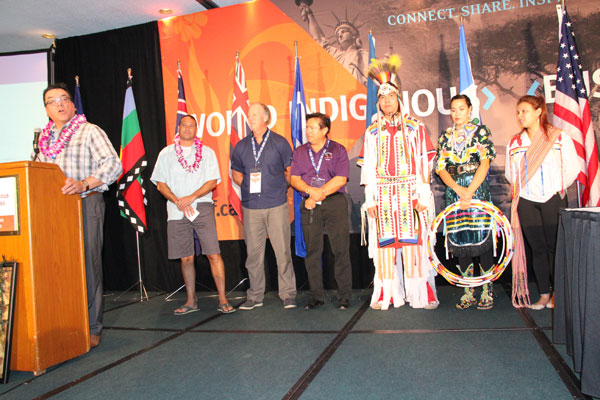 Milton Tootoosis (podium) at an announcement earlier this year for the World Indigenous Business Forum.

Tootoosis also talks about Chief Gordon Planes, from Vancouver Island, who is engaged in using alternate energy sources, including a new solar project.

“These are some of the top notch leaders,” said Tootoosis, adding that the committee looked to bring in international, national and western Canada flavours.

A number of representatives from Saskatchewan will speak as well including Zane Hanson of SIGA model and Scott Banda from Federated Co-op.

“It’s going to be in an exciting time in Saskatoon, lots of people from all over the world are excited to come here,” said Rosa Walker, president and CEO of the Indigenous Leadership Development Institute Inc., the organization that supports the World Indigenous Business Forum (WIBF). 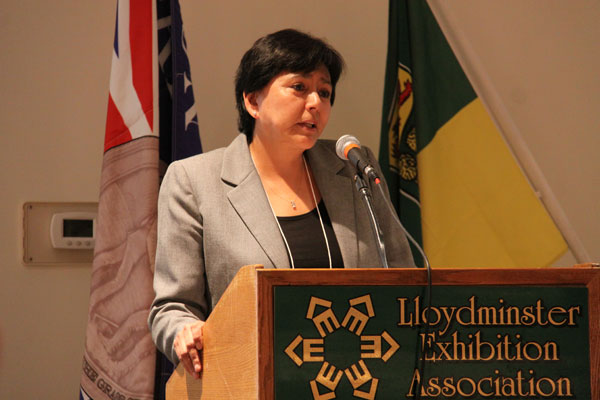 It is the first time the WIFB has come to Canada, since its 2010 inception as an addition to the World Business Forum in New York City. According to Walker, the bid put forward by the Saskatchewan First Nations Economic Development Network and the City of Saskatoon, beat out competition from Australia, Norway and New Zealand.

Conference attendees will participate in some distinctly Saskatchewan experiences.  The week leading up to WIBF starts with a golf tournament at the Dakota Dunes Golf Links and then on Tuesday afternoon delegates will have the opportunity to go to Wanuskewin Heritage Park to see the Cultural Celebration and Powwow. The committee is also providing post-conference tours of Batoche, Fort Carlton and a bus tour to the Battlefords and Poundmaker First Nation to visit the site of the 1885 Battle of Cutknife.

There are a number of special additions to the conference that sets the 2016 WIBF apart; there will be at least one person from every habited continent in attendance, there is the deliberate inclusion of the next generation of leaders, those not yet 40, and this year will see a music festival launched to complement the business components.

The Saskatchewan World Indigenous Festival for the Arts will open to the public (swiffa.ca).