Batoche-According to the Stanley Mission Rave spokesman Felix Merasty, the paddlers were the difference in their victory in the 1st Annual Louis Riel Relay Days competitive relay. Merasty and his experts handily won the team event on a hot and cloudy day at Batoche. 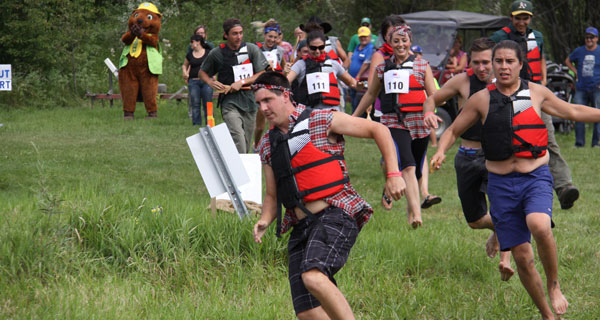 And they're off! Participants in the Louis Riel Relay Race.

Check out our Photo Gallery of the inaugural Louis Riel Relay.

The handpicked group had experts in every aspect of the race. “We usually run marathons, three of us anyways,” said Merasty. “She is an archer. Our coach’s wife is a paddler. When I was younger I heard about this race all the time so we decided to put in a team. I knew we could win. The difference was the paddlers. They are pros eh. And the biker. His chain came off twice but he persevered.  The archer, she hit five out of five targets. I did the packing. And now we rest.”

Hosting the event was a joint effort between the Park and the Friends of the Park.  Adriana Bacheschi, Visitor Experience Manager at the Site, knows the history of the event. “The Relay was a very successful event in Saskatoon for many years and there was a strong emotional connection. It was a big event,” said Bacheschi. “We have been approached for many years to have the relay on our site. Everyone thought it was a great idea. It is a big sporting event that is culturally appropriate to a site that deserves it.” 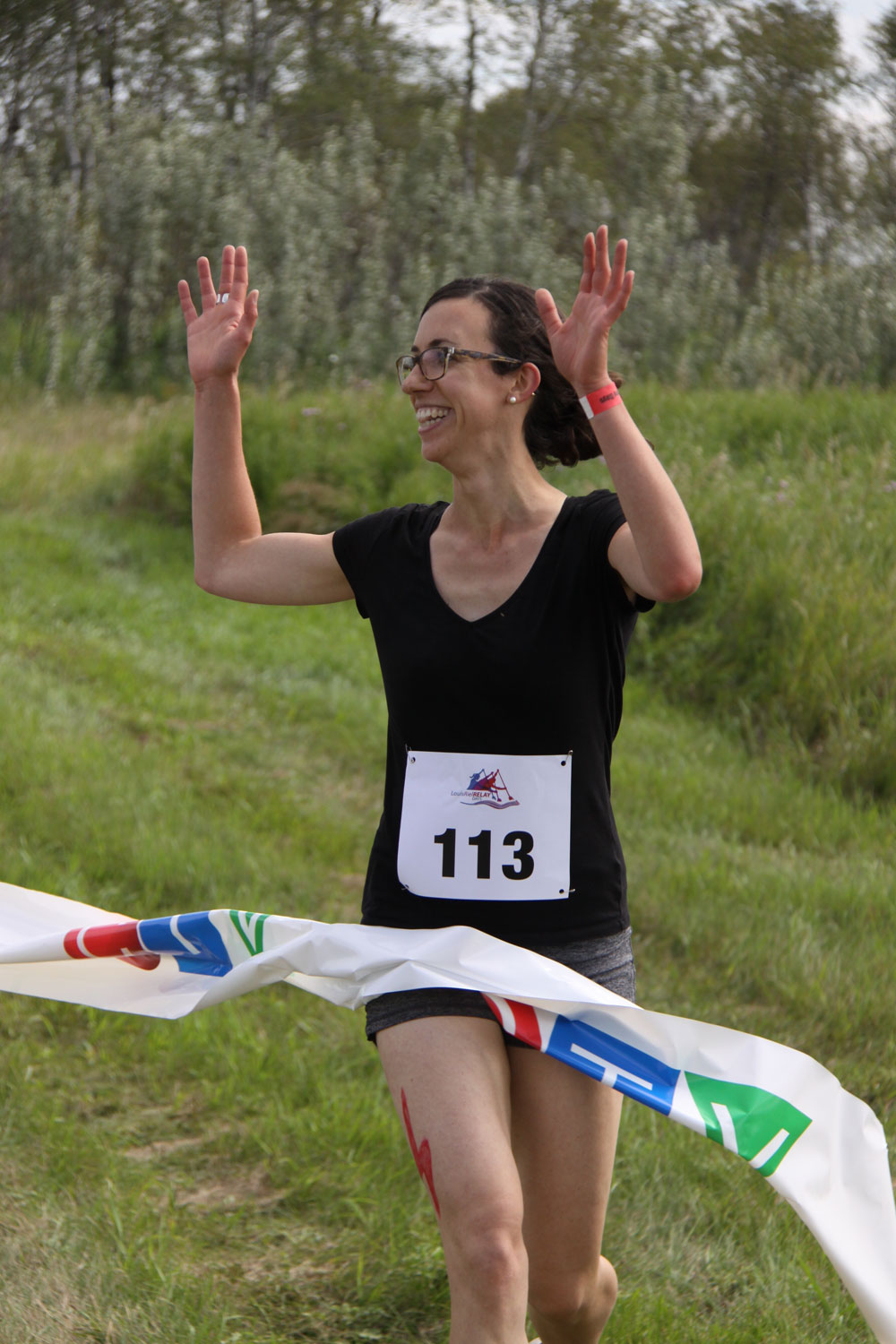 Stay tuned for a Photo Gallery from Louis Riel Days.

Phil Harman won the individual relay. His day included four pack runs hauling 40 pounds, a several kilometer kayak, archery and a 2.5 kilometer run. He joined because the race looked fun. “My wife saw it and the race is close to us. We like to stay in shape but this was the first ever event like this,” said Harmon who is from Rosthern. His wife came second in the race. “The race was a challenge. The hardest part was the pack run. Four legs of it. It was heavy. There was no running. But we are for sure coming back next year. My highlight was finishing. I hurt.”

The recreation relay event in the afternoon had several teams and was quite the wild and short event. A dash from the start to the canoes was mayhem and one canoe wound up tipped (to the delight of the crowd). Participants and spectators lined the finish line as exhausted runners crossed to cheers and high fives. The enthusiasm of the people who came more than made up for the smaller crowds. But the event was just a start according to Adriana Bacheschi. “The race is a great way to showcase the site and to also introduce people to the culture and history of the Métis people. We want a flag ship event for the region, one that grows over time with our partners in the region. Events like this are hard the first time. We learned lots this time and we adjust next year.”