The seed for Kenneth T. Williams’ latest play, In Care, was planted over a decade ago when he was almost prosecuted as a journalist for covering a story on child welfare in Ontario.

“What saved me from being prosecuted was that information about this particular case had already been published once before,” said Williams. “But in doing that story I learned how there’s privacy legislation designed to protect the children, and the foster parents as well as the biological parents, but what that legislation does is prevent any kind of oversight or journalistic investigation because we can’t publish any information.” 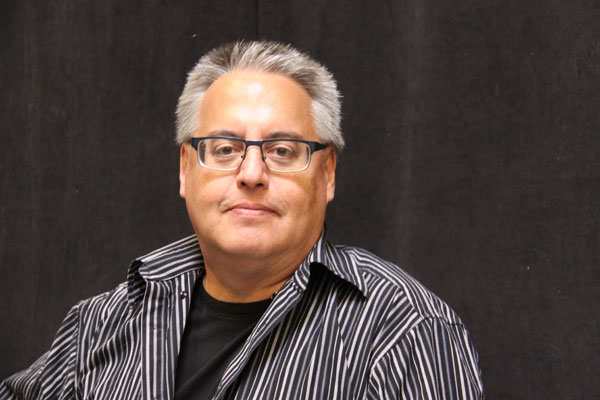 One woman shared her story, which Williams found shocking: she had been the victim of false accusations. He believed her after watching the system in action, silencing parents, and the story sat with him for a long time. He tried to do more journalism stories, but the legislation was a brick wall. One day he wrote a quick piece which is now the main character’s opening monologue, and In Care was born.

“Thankfully Canada’s becoming better educated about child welfare systems and particularly how it affects Indigenous children — because of the work of women like Cindy Blackstock and Mary Ellen Turpel Lafond,” noted Williams. “We’re now seeing particularly with First Nations children that it’s in the hands of Aboriginal run organizations across Canada, but there’s more First Nations children in care than ever, historically.”

He attributes this to the system itself: no matter who is technically in control of the system it is one still “out of control.” 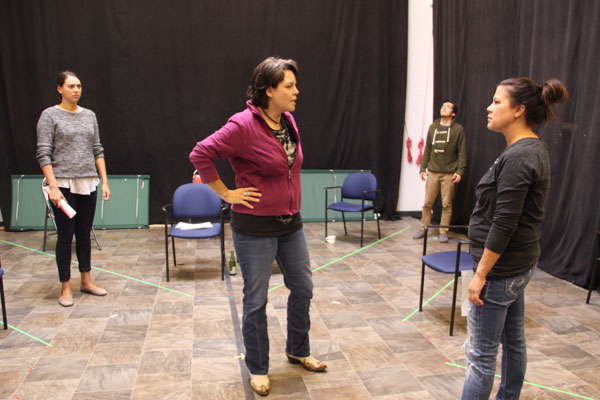 “Systemic things just don’t change because we’re the bureaucrats in charge, there’s something bigger going on...this play is about trying to question why this is repeating.”

All of the characters but one are Indigenous, including two who represent the systems still causing harm.

“We’ve got to re-examine child welfare and how we’re trying to support the family,” said Williams. “The provincial and federal act of assimilation and genocide was to assault the family and to separate children and family.”

If separation is still going on, the assault hasn’t stopped, notes Williams. The play itself is under an hour from start to finish, but in that time frame a significant journey takes place. The audience is introduced to four very vividly realized people struggling to make broken systems work in various ways.

Janice Fisher, played by local actress Krystle Pederson, is the mother facing false accusations and child seizure of her three daughters. Further complicating her situation is the fact her very first daughter was permanently seized because she was a teenage sex trade worker and addict who has since turned her life around. Fisher’s four daughters are the invisible but very present characters in this production, who haunt her every move to try and fight for a future for everyone’s sake.

Local actor Aren Okemaysim plays Angel, a policeman struggling after having to make a judgement call that has him questioning everything. Emma Laishram empathetically plays worker and counsellor Bayley, clashing with Michaela Washburn’s fully-realized Holland, a First Nations worker who has internalized the system well enough to replicate it complete with cultural signage.

After the first act — the play — director Yvette Nolan has designed a second act, a discussion panel.

“We don’t want to just leave the audience in this space, we want them to have an opportunity to discuss, debrief, question, and maybe even problem-solve,” said Nolan. “How do we make things better, what needs to happen next?” 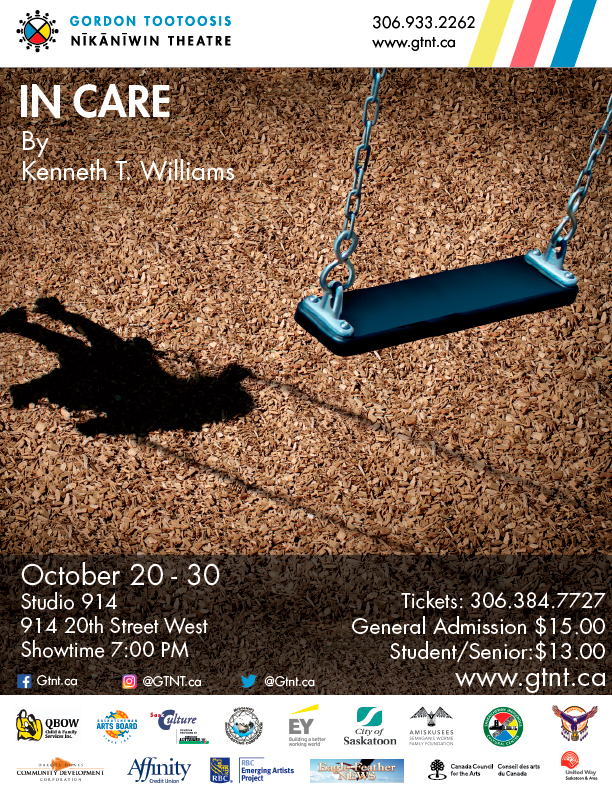 To that end, experts have been sought to facilitate that conversation brought about by the paradigm shifts good art brings. Shows are limited to 60 seats per evening, so tickets will go fast. Opening night is October 21st, and the show ends October 30th.