Doctors call for HIV state of emergency in SK

In Saskatoon, 30 doctors from across the province called on the government to declare a public health state of emergency regarding HIV/AIDS in Saskatchewan.

While the province has had high rates of new infections for years, increases in the numbers in 2015 and a lack of adoption of UNAIDS strategies have led the doctors to speak up, said the signed document released Sept. 19.

“Reality is even when the numbers were going down, numbers were still higher than the rest of the country,” said Dr. Stuart Skinner an infectious disease specialist based in Regina and one of the signees. 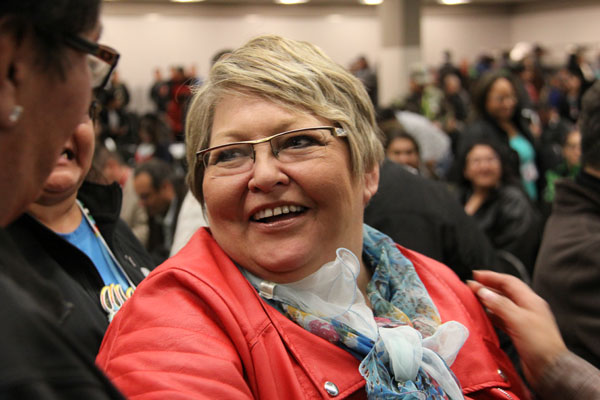 FSIN Vice Chief Heather Bear says while she wasn't surprised doctors are calling for a state of emergency regarding HIV in the province, she was struck by the disease affecting babies, calling that "serious." Stock photo

According to the information released by the doctors the 2015 provincial rate was 13.8 cases per 100,000 people more than double the 2014 Canadian rate of 5.8 per 100,000 people. Indigenous people in Saskatchewan are overrepresented in those numbers – 71 per cent of new cases are Aboriginal people.

The doctors took their 10-point plan public and gave a copy to the ministry of health, said Skinner, as the last HIV strategy in the province ran from 2010 to 2014.

When the doctors met in 2016 they hadn’t heard back on those 10 points and in the meantime there had been a spike in new cases and three HIV positive babies born in the province, said Skinner.

“This requires an emergent response,” he said.

In an emailed statement to Eagle Feather News, Saskatchewan’s deputy chief medical health officer, Dr. Denise Werker said, “activities on HIV align with current best practices when it comes to 90-90-90 targets. We are working under the premise of 90-90-90 in terms of making sure people are diagnosed, connecting them to care and enabling their treatment.”

“That is something that struck me as serious … when it starts impacting our babies,” she said.

But hearing doctors call for a state of emergency on HIV?

As the vice chief responsible for the First Nations Women’s Commission, which alongside health oversees HIV/AIDS programming, Bear said she is no stranger to what has been happening.

“We need to address issues in our communities by our own people.”

During the Indigenous pre-conference for the 2016 International AIDS Conference in South Africa this summer, researcher Earl Nowgesic spoke about his work with HIV positive people in Saskatchewan. He said in a lot of cases people wanted culture, but didn’t know how to access an elder.

“What they needed was their culture, but they just couldn’t put their finger on it because it just wasn’t there,” he said.

“I believe what we have to do is decolonize health care and use an Indigenous paradigm.”

This concept is something Bear is also advocating for; she says health regions need to be partnering with First Nations.

“Quite simply, our people trust our own people.”

Both Bear and Skinner point to successes on the Ahtahkakoop Cree Nation, where community and health region working together are well on their way to achieving 90-90-90.

For Skinner, the best case scenario in this call to action for the province is two-fold. First is an immediate and complete drug coverage for everyone who is HIV positive. Second is a provincial adoption of a 90-90-90 mandate along with resources allocated to make it happen, he said.

“If we don’t invest more now, it will cost more later with human and economic costs.”

Saskatchewan’s Ministry of Health spoke at a media event in response to the physicians’ document. Werker said that under the existing Public Health Act of Saskatchewan, the term “public health emergency” does not exist.

“However as new HIV cases are diagnosed resources are mobilized to connect each and every person to care,” she said.

Werker spoke about ongoing initiatives and mentioned that funding started during the HIV strategy remain in place. She also mentioned that people on reserve needed to be going to the federal government of health funding for new programs.