An emotional Gord Downie honoured by the AFN

As Donnie Speidel sang an honour song and presented Gord Downie with an eagle feather, the Canadian rock legend broke down in tears and was visibly emotional. 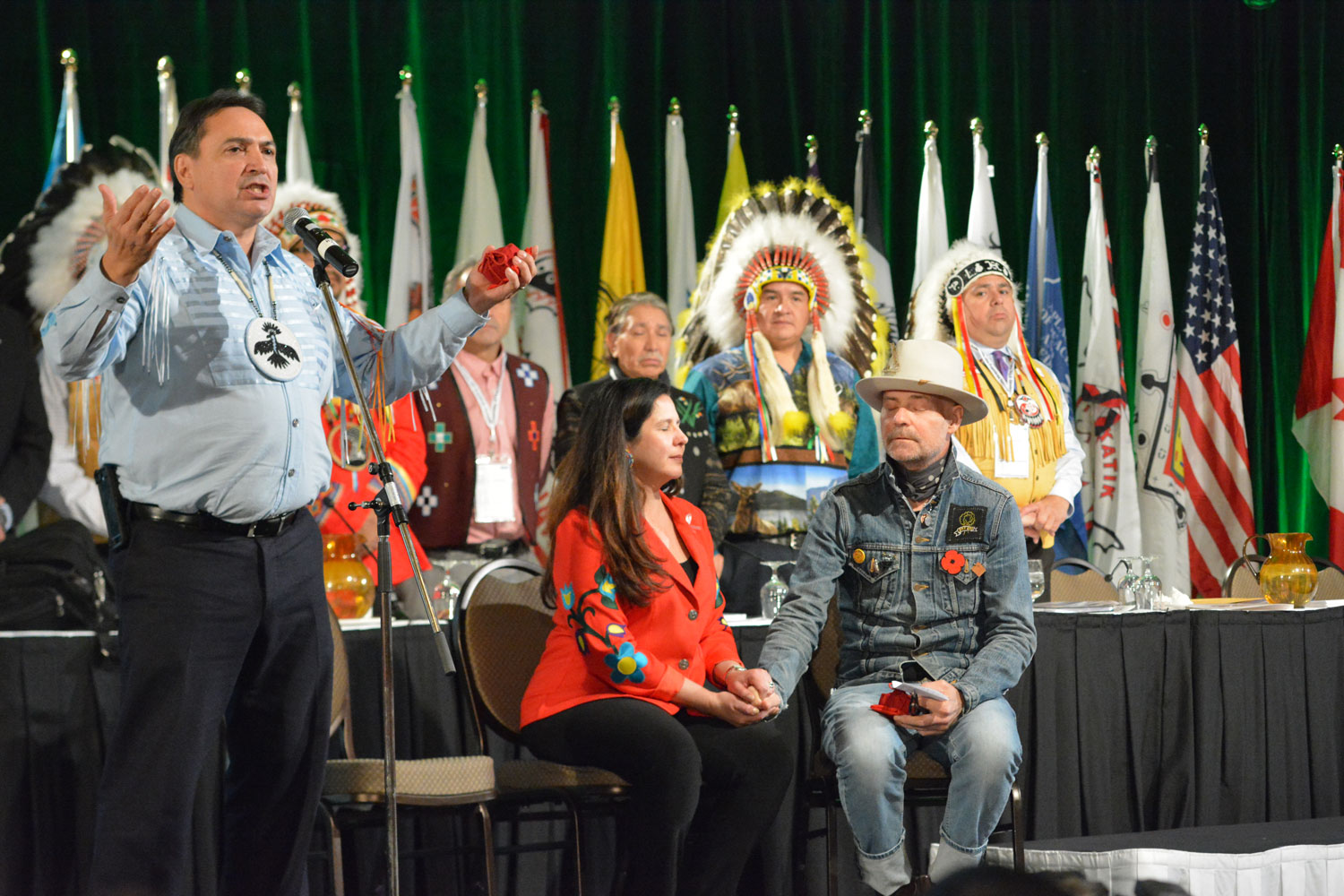 AFN National Chief Perry Bellegarde addresses the assembly as Valerie Galley holds Gord Downie’s hand as he was honoured in front of Chiefs from across Canada. Photo by Shelley Mike Photography

To see more photos from this historic day, see our Photo Gallery.

Downie was honoured by the Assembly of First Nations for his work on reconciliation and the impact he has had around Canada by the release of The Secret Path, an animated film based on Gord’s poems and music about a boy named Chaney Wenjack who ran away from residential school and didn’t make it home. He passed away beside a railway line.

"Gord Downie is shining a light on the inequality experienced by indigenous peoples. Today, we lift up and honour Gord Downie, whose words and music have introduced millions of Canadians to the story of Chanie Wenjack, a young boy who has come to represent the thousands of children subjected to the Residential Schools system, just one of the many who was taken from his family never to see them again," said Assembly of First Nations National Chief Perry Bellegarde.

Donnie Speidel sang an honour song for Gord Downie and then tied an eagle feather onto his hat. Photo by Shelley Mike Photography

The solemn occasion was shown and shared widely on social media. "It will take 150 years, or seven generations, to heal the wound of the residential school, to become a country that can truly call ourselves Canada. It means we must become one," Downie said who was also given the name Man Who Walks Among the Stars. "We must walk down a path of reconciliation from now on. Together and forever. This is the first day of forever. The greatest day of my life. The greatest day of all our lives."

Proceeds from the Secret Path album and graphic novel will be donated to the National Centre for Truth and Reconciliation at the University of Manitoba.