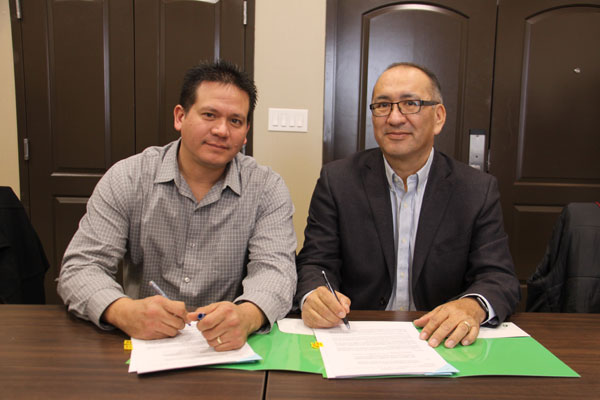 A business agreement for a flare gas project between the Flying Dust First Nation and the First Nation Power Authority is expected to bring economic and environmental benefits to the province of Saskatchewan.

Flying Energy, a business arm of Flying Dust First Nation has plans to build an $80 million flare gas project that converts natural gas flare into energy that is sold back to SaskPower for use on the power grid. The project is expected to create jobs and wealth for the community and also have the environmental impact of taking 35,000 cars off the road on a yearly basis. This is precedent setting in the history of Saskatchewan with the largest flare gas project ever.

“This is an important day for Flying Dust First Nation, the First Nation Power Authority and SaskPower,” said Richard Derocher, a Councillor at Flying Dust who was involved in the development of the project. “Our next step is to finish the power purchase agreement with SaskPower. This deal brings us the economic opportunity that we greatly appreciate.” 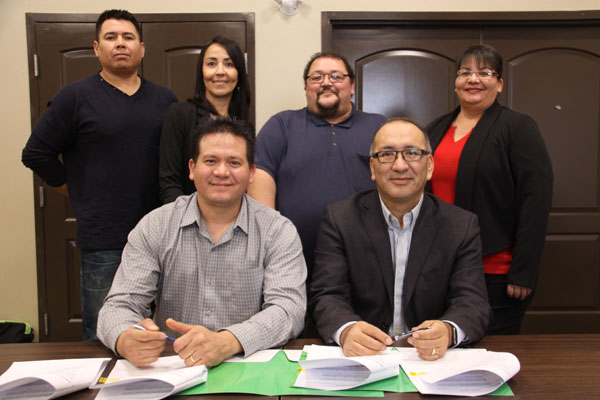 The idea for the project came when the First Nation bought nine quarters of land in southern Saskatchewan near Stoughton. While touring the area they witnessed the flare gas, or as Richard says, “We saw fire in the air and thought it was a waste.” That led to a bunch of research on uses and that led them to the FNPA. “The Authority has been a great conduit for us and have been heavily involved,” added Derocher.

According to Leah Nelson Guay the Chief Executive Officer of FNPA, that money to finance the project shouldn’t be hard to find. “All the control is in the hands of Flying Dust. Next step is to get a request for proposals out to eight or so interested parties who can construct the project,” said Nelson Guay at the signing event. “And in that RFP there can be opportunities for employment, subcontracts and training and development. Then Flying Dust can pick the partner and deal that is best for them.” 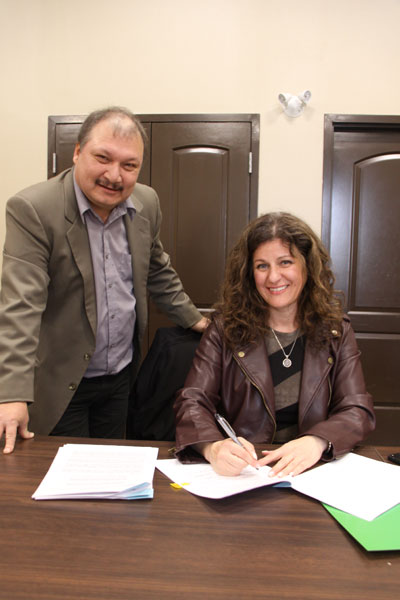 The team from Flying Dust worked hard over the past two years to understand the process. The FNPA provided guidance and industry knowledge. The First Nation provided the drive. “This was all a pipe dream for us until Leah and Ian Loughran from FNPA educated us. So we made a business plan and here we are,” said Albert Derocher, Director of Economic Development for Flying Dust. “We worked hard with the province and the Ministry of the Economy and we look forward to working with the developer. And we hope this hard work leaves a template for other First Nations so it is easier. This is a business first and it makes sense from an economic standpoint and environmentally. If we run it efficiently, the amount of money available for our kids and grandkids will help them benefit most.”

FNPA Board Chair and Saskatoon Tribal Council Chief Felix Thomas applauded the business deal. “This project will build momentum and show that First Nations are able to do this. Flying Dust has been very progressive and business minded and this shows that partnerships can work,” said Tribal Chief Thomas. “This project will lead to bigger things including solar and wind. The good thing about generating power, it doesn’t fluctuate like many industries. Power need never goes down. And really, we all want a better quality of life for our membership. This project will do that.”