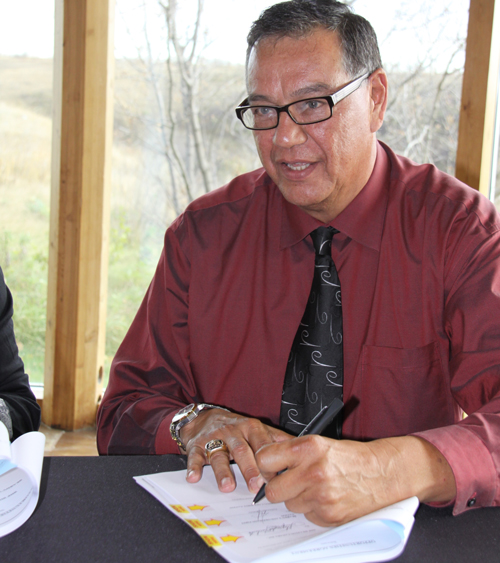 “We have waited for 130 years for this outstanding Treaty Rights claim to be honoured and settled,” said Beardy’s Okemasis Chief Rick Gamble. “This is a great day for the people of Beardy’s and Okemasis and a great victory for Treaty Rights.”

The  government also confiscated guns, ammunition, horses, cattle, carts, wagons, harness, and Treaty medals from these First  Nations  while  strictly  enforcing  a  pass  system, which restricted Indians from leaving their reserves without permission. In addition, the government did not allow the Beardy’s and Okemasis First Nation people to have a Chief and Council until 1936.

“The specific claim by the Beardy’s and Okemasis First Nation is about the implementation and the protection of treaty promises that were made when Chief Beardy entered into treaty,” said FSIN Chief Bobby  Cameron. “The  Tribunal’s decision will set a precedent for the other First Nations who experienced similar treatment and have specific claims with the government."