Looking back at 2016: Advancing Aboriginal achievement on campus

It has been an institutional priority for years and plenty of work still lies ahead, but the University of Saskatchewan has made significant strides in support of Aboriginal achievement over the course of 2016.

From the opening of the Gordon Oakes Red Bear Student Centre and the creation of the Aboriginal Career Start program, to new partnerships, projects and appointments, the U of S has introduced a number of initiatives this year to support Indigenous advancement and engagement for students, staff and faculty. 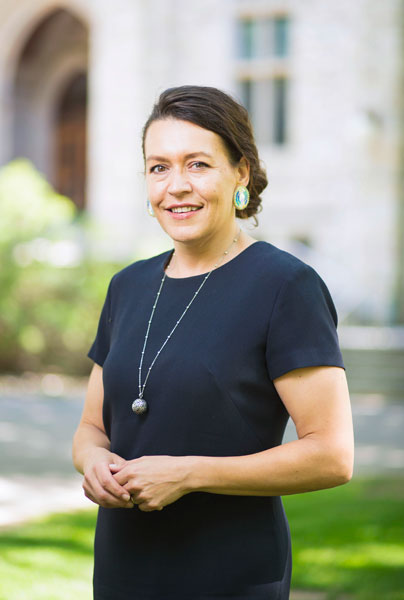 Candace Wasacase-Lafferty, director of Aboriginal initiatives at the U of S, says Indigenous engagement has become a high priority under the new leadership of U of S President Peter Stoicheff.

“I do believe we are headed in the right direction,” said Candace Wasacase-Lafferty, director of Aboriginal initiatives at the U of S and a member of the Kahkewistahaw First Nation. “The momentum is great and it’s actually quite difficult to stay on top of everything that is happening on campus. I think the renewal of leadership on campus and I think the message that (U of S) President Peter Stoicheff has been delivering about the high priority of Indigenous engagement is steering us in the right direction. We are really getting behind what we say we are going to do and we are doing it.”

Commitment to Aboriginal achievement topped the list of eight U of S priorities reaffirmed in 2014, with Stoicheff and former Chancellor Blaine Favel taking a leadership role as co-chairs by hosting a groundbreaking national forum in November of 2015 on the Truth and Reconciliation Commission of Canada’s calls to action. That successful forum—Building Reconciliation: Universities Answering TRC’s Calls to Action—began with the U of S and the 23 other post-secondary institutions in Saskatchewan signing an agreement to work together to close the education gap between Aboriginal and non-Aboriginal peoples.

What has followed has been a wide range of initiatives across campus as the U of S continues to build on its commitment to be “the best place we can possibly be for the Aboriginal people of this province and this country,” according to Stoicheff. While the university is moving forward, there is a long way to go to meet the needs of an Indigenous student body that continues to grow each year. 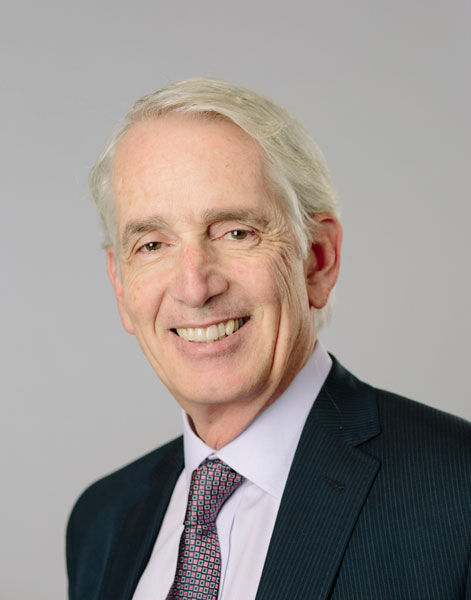 U of S President Peter Stoicheff says while a record number of Aboriginal students are graduating from the U of S, "we have a long way to go in terms of having a representative number of Indigenous faculty and staff on campus. And...we have a very long way to go to have Indigenous members of our community in senior administrative positions."

“We are graduating more Aboriginal students than ever before, so I think that is a very good measureable sign of success,” said Stoicheff, noting that the Universities of Alberta and Manitoba followed Saskatchewan’s lead in hosting forums and conferences on reconciliation, with U of S officials now working with Universities Canada in a leadership capacity to keep that process moving forward. “But we have a long way to go in terms of having a representative number of Indigenous faculty and staff on campus. And I would add to that, we have a very long way to go to have Indigenous members of our community in senior administrative positions.”

With the official grand opening in February, the impressive and progressive Gordon Oakes Red Bear Student Centre builds on the university’s commitment to Aboriginal achievement as a place for celebration at the U of S, which has long supported major cultural events like the annual Graduation Powwow in May and Aboriginal Achievement Week in February each year.

“Obviously the opening of the Gordon Oakes Red Bear Student Centre has succeeded in being an attraction and a gathering place and an educating place for all students, Aboriginal and non-Aboriginal,” said Stoicheff. “And that was a big feature of our moving in the direction that we need to move.”

At the executive level, the Board of Governors—which recently elected Lee Ahenakew of Ahtahkakoop Cree Nation as board chair—became the latest body on campus to officially adopt an Indigenous land acknowledgement greeting to open all board meetings: As we gather here today, we acknowledge we are on Treaty 6 Territory and the Homeland of the Métis. We pay our respect to the First Nation and Métis ancestors of this place and reaffirm our relationship with one another.

The addition of new Aboriginal symbols and images in colleges across campus has been another step in honouring and acknowledging shared history while helping Indigenous students, staff and faculty feel welcome and at home at the U of S. As part of that project, Arts Court—the small turnaround and primary vehicle access point for the Gordon Oakes Red Bear Student Centre—was re-christened as Elders Court in February, to honour leaders within the local Aboriginal community.

The university’s Indigenous initiatives have attracted national and international attention, from being featured in the November edition of The Atlantic, the influential and popular award-winning Washington-based magazine, to the Toronto-based Globe and Mail’s coverage of the grand opening of the Gordon Oakes Red Bear Student Centre.

Among the first of the new initiatives in 2016 was the establishment of the Aboriginal Career Start program, with 18 students from other post-secondary institutions earning real-world experience working in four-month placements in a variety of departments at the U of S over the summer. A number of the program participants, like Connie Dodge, have remained on campus in full-time roles.

“Being a Métis woman, I have seen how welcoming the U of S is to all walks of life and being a part of this program is opening doors for a lot of people,” Dodge said. “The doors that have opened for me on campus are endless and the opportunities working here are beyond what I ever expected . . . I cannot express in words how much I appreciate the opportunity I have been given to take part in such an amazing program.” 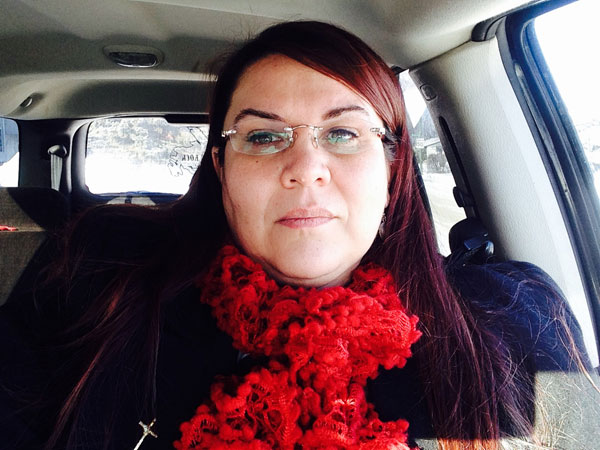 Connie Dodge is one of the 18 students from other post-secondary institutions who earned real-world experience working in four-month summer placements through the Aboriginal Career Start program. She continues to work at the U of S.

In winter of 2016, University Council also passed a motion declaring that all degree programs should include Indigenous content. While this has been a slow process, the U of S continues to work towards that goal through new courses now offered in a variety of colleges across campus and more curriculum additions planned for 2017.

“Some of these things will take longer than others, but some we shouldn’t be afraid to act on really quickly and I think we will be seeing that, for example, with individual colleges adding Indigenous content in all degree-granting programs,” said Stoicheff. “The mandate is there, based on the Council motion, and was there before by the TRC and the calls to action. So we are making progress.”

The U of S enhanced its commitment to Indigenous language studies available on campus by partnering with the University of Victoria to bring that school’s master’s in Indigenous Language Revitalization Program here in the summer.

For Joan Greyeyes—the director of First Nations and Métis relations at the U of S and a member of the Muskeg Lake First Nation—it was an important step in helping protect, preserve and promote Indigenous culture and tradition with a commitment to ensuring the languages and dialects not only survive, but thrive.

“The Master’s in Indigenous Language Revitalization program will give the University of Saskatchewan a critical mass of First Nation and Métis scholars that we can call upon to become faculty and staff in our institution,” said Greyeyes. “This group of students will be in a position to lead the U of S in developing our own Indigenous language revitalization courses and programs at the graduate level.”

In other initiatives this year, the University Library took the lead on partnering with the National Centre for Truth and Reconciliation (NCTR) in Winnipeg to provide U of S students and faculty access to the NCTR’s vast database of records of Canada’s history with Indigenous peoples.

Meanwhile, the College of Law has partnered with the Government of Nunavut to help Inuit students at Nunavut Arctic College earn law degrees in association with the U of S, which has long been a national leader in supporting Indigenous legal students through the nationally renowned Native Law Centre. In another major development in the college, U of S law professor Marilyn Poitras was appointed as a commissioner of the National Inquiry into Missing and Murdered Indigenous Women and Girls.

At the spring and fall convocation ceremonies this year, the U of S graduated 492 self-identified Aboriginal students, accounting for 11.3 per cent of the total 4,347 students who earned degrees in 2016. That marked the largest graduating class of First Nation, Métis and Inuit students in the history of the university.

In September, a record number 2,244 Aboriginal students registered for classes in the fall term, 11.1 per cent of the total student body of 20,234. While the registration and graduation numbers show that the university is welcoming more Indigenous students on campus than ever before, one factor in that increase is that more students are actively taking part in the self-identification process.

That ongoing campaign is extremely important, according to Graeme Joseph, the team leader for First Nations, Métis and Inuit student success. He noted that the last Statistics Canada report confirmed that 16 per cent of the provincial population identifies as Aboriginal and is expected to climb to 20 per cent over the next 20 years. “There is a major demographic shift taking place in this province and that’s important for the U of S,” said Joseph, who is Gitxsan, originally from northwestern British Columbia.

For Joseph, identifying the number of Indigenous students on campus is a critical part of the process of responding to student needs.

“Self-identification is vital to ensure that we are meeting the needs of Aboriginal students, to understand how many Aboriginal students are at the university and equally importantly to understand what their experiences are like and how we can proactively help them,” said Joseph. “This is the important next step. The value to students just isn’t that they get counted, but that they receive support when they need it.” 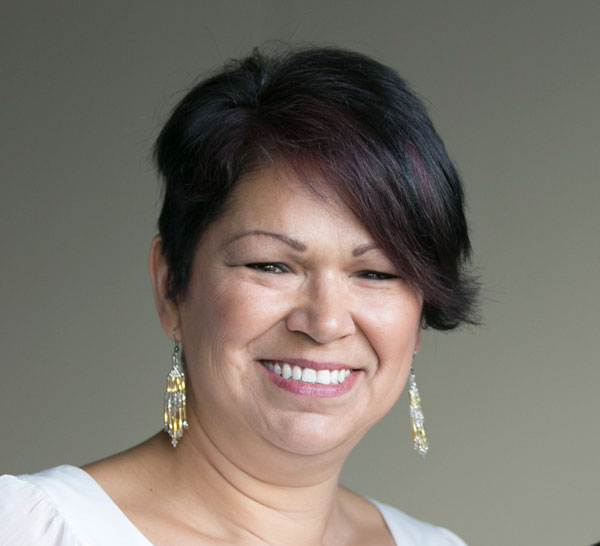 In addition to supporting students, the university is actively searching to hire a vice-provost of Indigenous engagement and is committed to enhancing opportunities for all Aboriginal staff and faculty. A big part of that process is changing the approach and mindset across campus, according to Liz Duret, who was hired in fall of 2015 as the inclusion and diversity consultant at the U of S. Duret, who is Métis, regularly leads workshops across campus for employees to openly discuss diversity and stereotypes in an effort to educate and help make the university a more inclusive and welcoming place for everyone.

“We are looking for alternate ways to attract and retain Aboriginal staff and faculty,” said Duret.

It is this area that remains one of the biggest concerns on campus. Aboriginal employees make up only 3.3 per cent of the total U of S workforce, well below the current provincial target of 12 per cent.

To help address this issue, the university is exploring the idea of establishing an Aboriginal Alumni Association in an effort to better tap into the talent pool of Indigenous U of S graduates in the provincial workforce. Duret said the human resources division will also be hosting an Indigenous employee conference in the spring to help build better community connections on campus for faculty and staff.

While plenty of work lies ahead, Duret said the university is slowly making progress in this area.

“Absolutely,” she said. “I think our leadership and the president has been very clear about the direction we are taking and that makes a huge difference when everybody is on board. We all benefit from having an inclusive and diverse workforce.”