A fashion designer, a photographer, and an aspiring modeling agency owner. Together these three friends are using their gifts to propel Saskatchewan’s Indigenous fashion - forward.

Rodrick Rabbitskin is from the Big River First Nation. He’s a former model who used modelling as a way to gain confidence and overcome bullying he faced growing up.

“I didn't have very high self esteem and I didn't think… that I could ever be a model.”

“I wanted them to be in a place where they’re soaring… their spirits would be soaring. It’s about building up their dreams.” 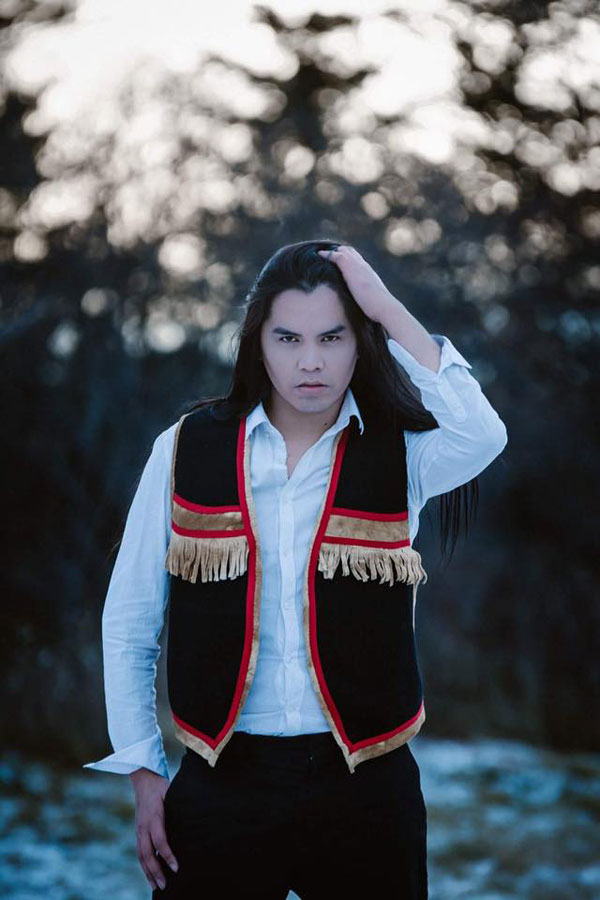 Rodrick Rabbitskin is from the Big River First Nation. He’s a former model who used modelling as a way to gain confidence and overcome bullying he faced growing up. Photo by Elicia Munro

“When I first started I was struggling to get people to come in and now it's like people are just messaging me and asking, ‘I’d like to be there for the youth.’ It’s such an overwhelming feeling to know how much people are actually there to help.”

Getting into modelling can be costly for a young people who are just starting out. Rabbitskin says his self-development workshops help ease some of those costs by offering discounted modelling classes, photos for their portfolios and the opportunities to work with professional hair stylists, photographers and makeup artists.

“We build them up. Through their experiences, and through the other youth seeing them, their transformation - it's a testimony that regardless of where you come from, what you’ve done - there’s always an opportunity to move forward and to create a better life for yourself.”

Rabbitskin says he got scouted after high school to travel to Faces West modelling competition in Vancouver, but it wasn’t as glamorous as he’d hoped.

But Rabbitskin was soon told by another model, “The saddest thing is poor people with big dreams.”

“It really affected me, and those words stuck with me which was what prompted me to create this program.”

Dream PK Modelling hosted a fashion show on the January 20th in Saskatoon.

Elicia Munro-Sutherland has many roles she plays in her life. She's a full time student at  First Nations University of Canada. She’s a model mentor with Dream PK Modeling and she’s also got her own photography business called Munro photography. Not to mention she is the mother of two baby girls aged one and two.

“I want to teach my daughters when they’re older that anything is possible. It doesn't matter the things you've been through.”

Monro-Sutherland has traveled as far as Australia in her modeling career that only began three years ago.

“I'm excited about all of it. I learn something new all the time every class I go to… Whatever I learn from that - I want to teach the youth that I’ll be working with. So it’s a cycle of giving back.” 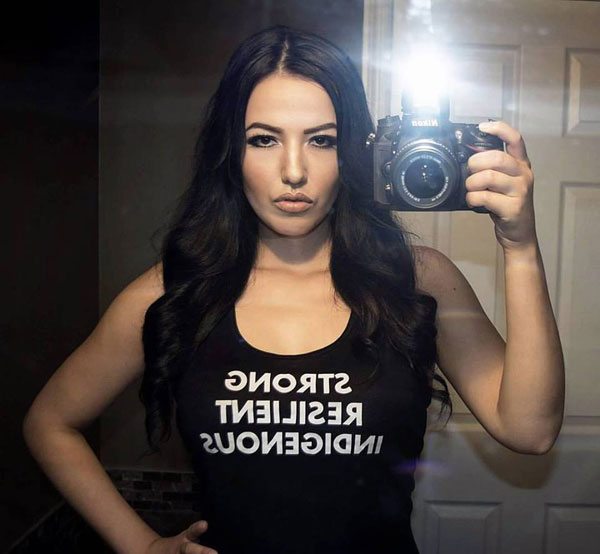 “I want to teach my daughters when they’re older that anything is possible," says photographer Elicia Munro-Sutherland.

Munro-Sutherland will be modelling in London in February for Helen Oro Designs. She also has a chance to go to Paris with designer Becki Bitternose. Being signed to Infinity Modeling agency and traveling the world is something Monro-Sutherland didn't expect growing up in a household where there was drinking going on. She said she too struggled with a party lifestyle as an adult. Munro-Sutherland is now over three years sober and uses her photography as a way to heal from the trauma she went through as a child.

“When I was younger I was sexually abused by seven different people, some people that were close to me and should have protected me and loved me. So I wanted to bring awareness to that and I had people reach out to me and wanted to be a part of those shoots and (I want to) make more people want to make that aware - that it’s ok to talk.”

So far Monro-Sutherland has done photo shoots that deal with missing and murdered Indigenous men and women, as well as sexual abuse survivors.

“With the missing and murdered photo shoot, I used to live a lifestyle where I would drink everyday and party and it was really bad...and I put myself in a position where I could have been a missing or murdered Indigenous woman… ever since, I made my life better. I want to help others who are maybe in that kind of situation.”

You can learn more about Munro Photography on Facebook.

Designer Helen Oro is from the Pelican Lake First Nation. She recently got selected to be part of the prestigious ‘The Accessories: Mastered program.’ It’s a chance for the bead work designer to train with industry experts like Vogue Italia’s Editor in Chief through an online program. Thousands applied from all around the world. Oro was one of the first 200 designers that got the go-ahead in the first round.

“In some rare situations they'll decide within 73 hours and just give you a spot. So I was one of those rare situations. And they phoned me back the same day and told me that I was accepted.” 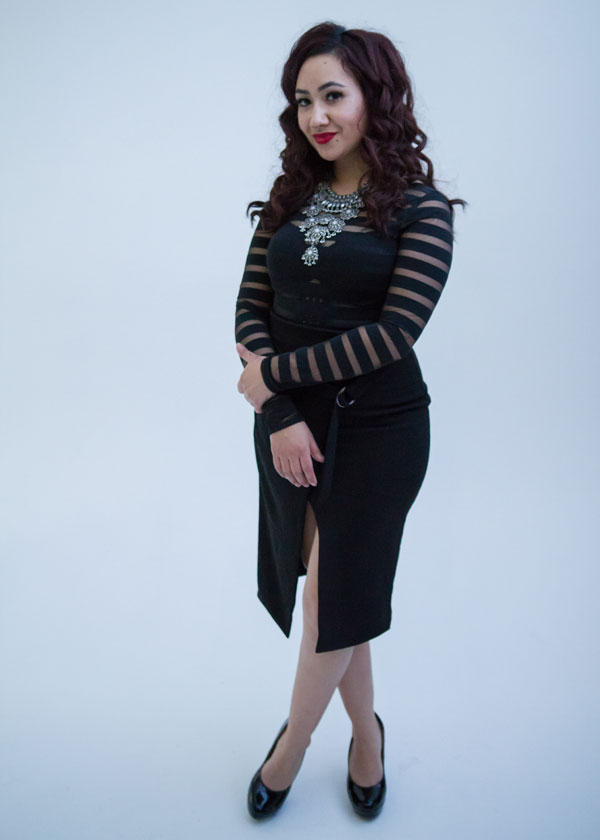 Helen Oro is traveling to London in February to show off her designs during London Fashion Week. Photo by Alexandra Jarrett

Oro is also traveling to London in February to show off her designs during London Fashion Week. It’s not the first time she’s traveled internationally to showcase her work. She’s also been to Australia and New York.

“Going and showcasing First Nations designs and being able to share our culture with them and teach them about what I do - they're just really fascinated by it… When I’m traveling with my beadwork, it’s really nice. It allows me to connect with other people.”

Oro stresses that her accessories are not geared only towards First Nations people. Now and into the future, she wants everyone to feel comfortable wearing her designs and wants to be able to break into mainstream fashion.

“That’s what brought me to creating modern day accessories for everyone but with beadwork. I would hope to see my stuff in the mainstream, accessorizing different actors and stars. That’s just one on my bucket list.”